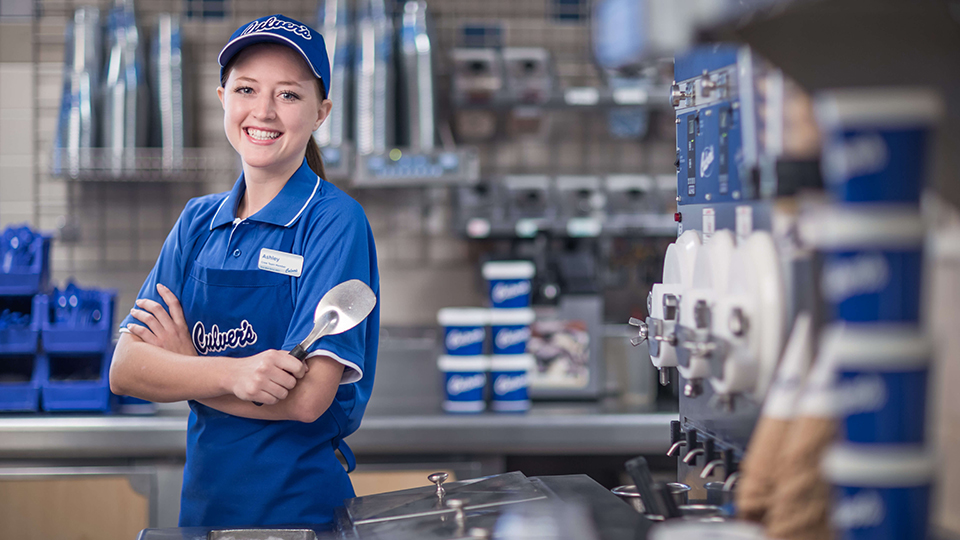 Not all graduates from the University of Wisconsin Oshkosh College of Business march off to an office job with a jacket and a briefcase.

Some, like Alexandria Mahoney, opt for a blue apron, frozen custard and ButterBurgers.

Mahoney, who graduated from UW Oshkosh in 2016 with a management degree with a focus on entrepreneurship, last year at 28 became one of the youngest Culver’s franchisees in the country. She’s the owner-operator of the Culver’s in Sun Prairie, part of an ownership team with a pair of brothers who have a stake in dozens of locations in four states.

“It’s the hospitality part I like most,” said Mahoney, who landed her first Culver’s job at 15. She’s now 29. “And at the corporate level, they really care about every franchisee.”

“The regular guests that come in,” she said, continuing her list of favorite parts of the job. “And, of course, the food.” 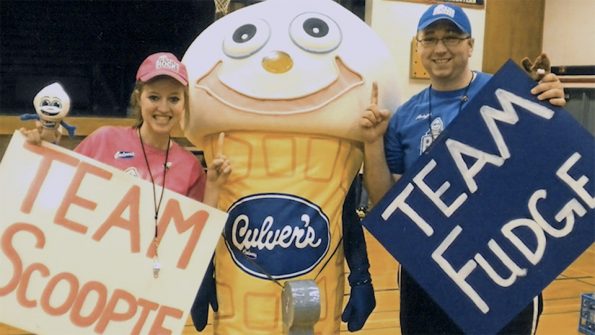 The first member of her family to earn a college degree, Mahoney started at UWO with the intention of studying education and becoming a teacher. After her first semester, though, she had a long conversation with her general manager at hometown Culver’s in Spring Green who stressed to her that she had a knack for business and there were opportunities ahead with the company.

She changed majors and didn’t look back.

“It helped tremendously,” she said of her UWO education. “The business management classes especially. I do a lot of Excel spreadsheets, so the Excel classes, the accounting classes—all of those, once you get into the classes for your degree, those really helped.”

For those unaware, the Culver’s story began here in Wisconsin. The first restaurant opened in Sauk City in 1984 by the Culver family, including Craig Culver, a 1973 UWO alumnus  and one of the University’s best-known and most impactful graduates. There now are more than 740 Culver’s restaurants nationwide—and one Culver Family Welcome Center on the Oshkosh campus. 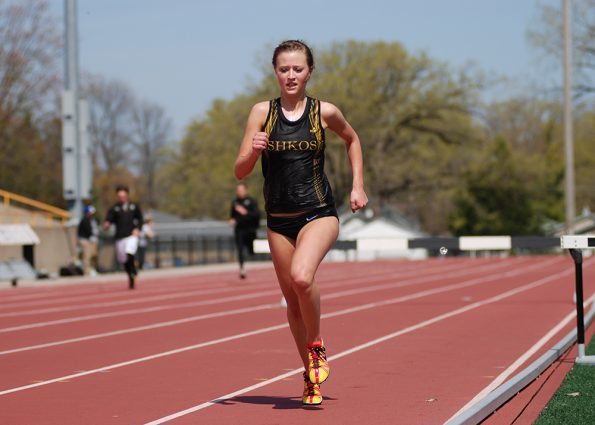 While at UWO, Alexandria Mahoney ’16, ran track and cross country.

As a testament to her work ethic, when not in class or studying, Mahoney was likely running. She spent most of her college career as a member of the Titans’ cross country and track and field teams. She also worked at the Culver’s on Kohler Street while in Oshkosh, and back home at the Spring Green location when on breaks.

Even during a seven-month stint working for an insurance company—”It just wasn’t for me,” she said—she stayed on at the Spring Green restaurant.

Now she’s running toward more opportunities in entrepreneurship. Another Culver’s is planned to go up in Sun Prairie this year with Mahoney and the same partners—brothers Jeff Liegel and Chad Stevenson—as owners. It’ll essentially double her workload, but she says she’s up to the challenge.

After all she’s accomplished since first putting on the blue apron as a teenager, who can doubt her?