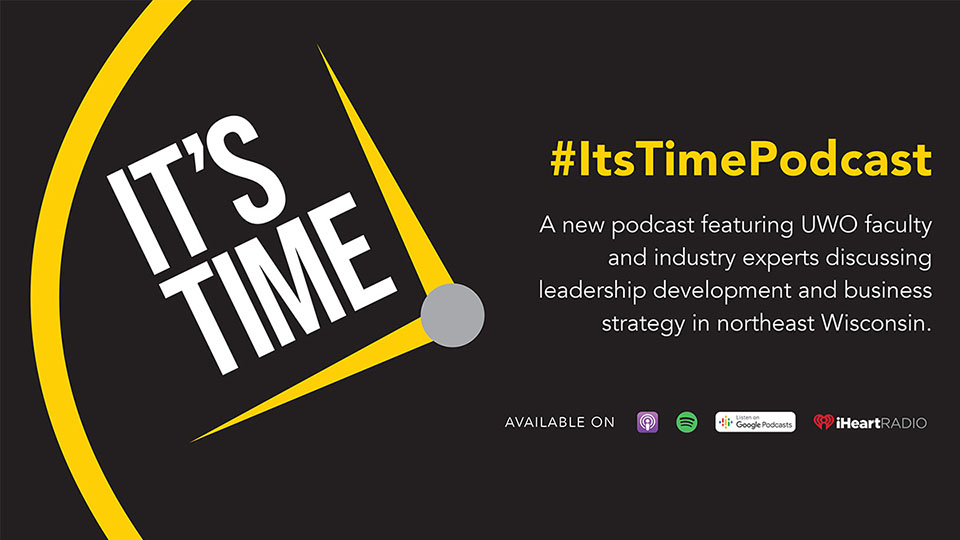 What makes a strong business leader?

A presentation given to a group of intrigued young professionals was the impetus for a podcast delivered by the University of Wisconsin Oshkosh’s College of Business (COB) Graduate Programs. 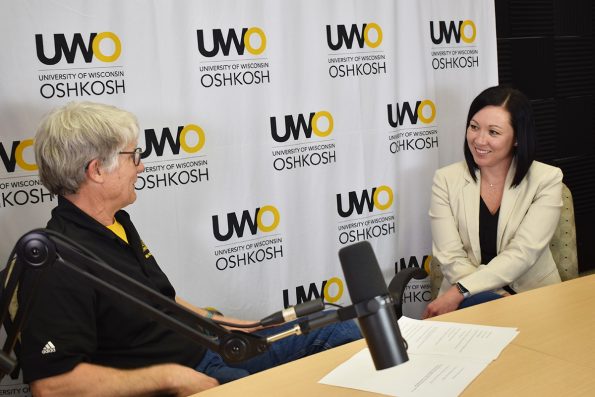 “Listeners will gain, directly from the leaders of Fox Valley companies themselves, an understanding of the leadership approaches they take,” Feinauer said. “In addition, they will gain my insights based on over 40 years of academic and organizational leadership experience.”

Amcor, Menasha Corporation, Oshkosh Corporation and Bergstrom are a few of the companies that will be represented.

Three episodes will be released on the March 2 launch date. The first is a solo episode featuring Feinauer as the host; the second is an interview with Holly Brenner ’99, MBA ’09, senior vice president of strategic design with C.D. Smith Construction; and the third is the first of a two-part episode featuring Jim Ransom ’83, a former executive officer and president of Bemis North America and instructor in UWO’s MBA program. The next podcast (with Part 2 of Ransom’s interview) is slated for release on March 16. 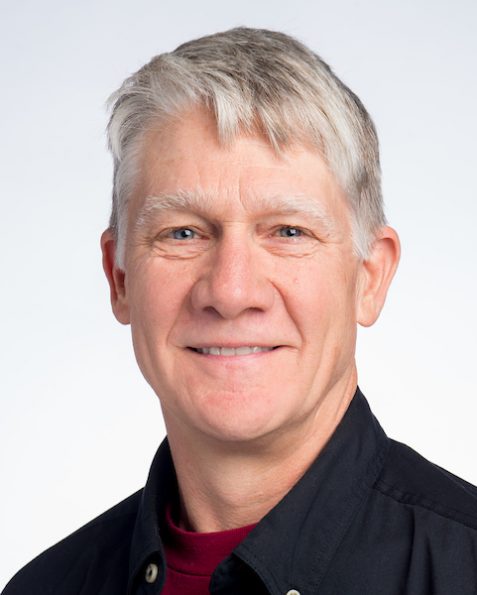 The idea emerged about a year ago when Feinauer gave a professional development presentation to Propel Oshkosh, an organization for area young professionals. The presentation was located at The Venture Project in Oshkosh.

“I was in the crowd watching him present and couldn’t help but notice the audience was hanging on his every word,” said Madisen Potratz, a UWO marketing manager with University Marketing and Communications (UMC) and member of Propel Oshkosh. “Dale (Feinauer) has a knack for delivering conventional business topics in an engaging and relatable way.”

After the presentation, she noticed many in the audience stuck around to ask follow-up questions and talk.

Potratz said she and others suggested he start a podcast.

She remembered him laughing, before asking, “What’s a podcast?”

Over time, Feinauer warmed to the form of media, talked to others in the department and eventually reached the decision to do a podcast.

“Developing these podcasts has been a wonderful experience,” Feinauer said, adding that the idea from Propel members became reality with the help of the COB and UMC staff.

He found a great deal of value in recording the podcast.

“Interviewing business leaders regarding their approaches to leadership has been very insightful for me,” Feinauer said. “Preparing the podcast has given me an opportunity to reflect on my leadership learnings and try to distill these learnings into actionable information.”

The podcast is using The Venture Project/Armstrong Ventures as the production company for the recordings. As a local company that offers audio and video production as well as strategy and consulting, they were suited for the role.

Aaron (A.J.) Armstrong ’21, is an alumnus of the UWO master of business administration program. He earned his undergraduate degree in systems engineering in 2015 from the U.S. Military Academy at West Point, New York.

“His company has been hugely instrumental in developing this podcast from inception to launch,” Potratz said.

It’s Time is slated to run every other week for at least for a year, with the potential to continue longer.