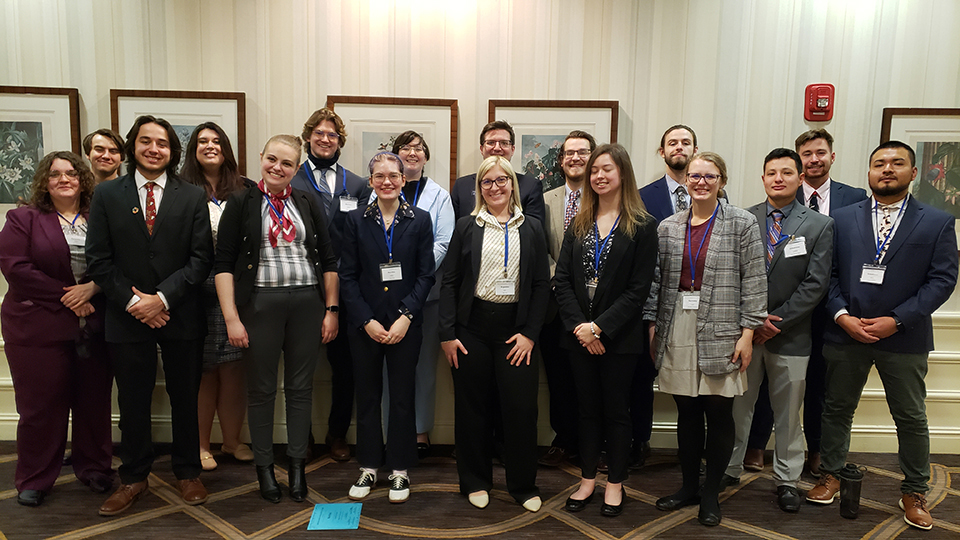 Over 50 countries, represented by 30 different schools, took part in the competition, with Oshkosh representing Indonesia, Germany, Namibia, Argentina and Uzbekistan.

In total, the team was recognized by the conference with 23 individual and five delegation-wide awards across the five countries, the most of any school at the conference.

Awards are designated by conference staff on the basis of country awareness, topic knowledge, writing, public speaking, consensus building and diplomatic negotiation. Additionally, the delegate’s choice award is chosen by peers in each committee based on who they think is the most knowledgeable and diplomatic.

The UW Oshkosh team will continue their preparations for the National Model United Nations Competition in New York City April 9-15.