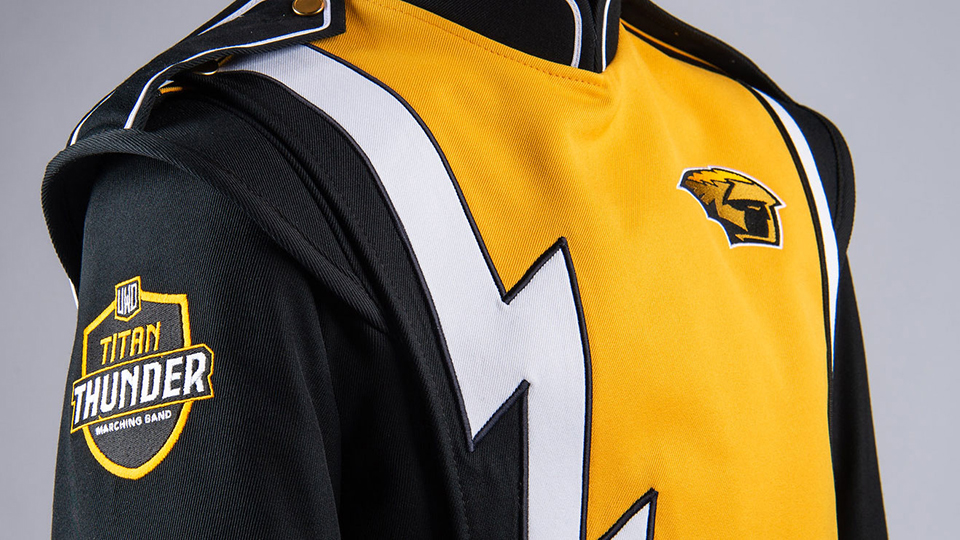 We now know what the University of Wisconsin Oshkosh’s new Titan Thunder Marching Band will look like when they take to J. J. Keller Field at Titan Stadium for the first time this fall.

The University unveiled the uniforms to be worn by the Titan Thunder this morning on the marching band’s Facebook and Instagram accounts.

Joe Scheivert, director of athletic bands at UW Oshkosh, said while recent trends in marching band uniforms veer into works of dramatic performance art, his vision since the start of the process was to buck recent trends and create something with a “traditional timeless appeal.”

“We’re creating tradition here and building on the nostalgia of both collegiate athletics and bands,” he said. “The hat design, for example, is intentionally very similar to the hats from the UWO marching band that disbanded in 1980.”

The uniforms were produced by Wichita, Kansas-based Fruhauf Uniforms. The initial sketches were done by Scheivert and his mother and the ideas then evolved through a group session with a Fruhauf designer, and UWO music department colleagues Alison Shaw, department co-chair, and Devin Otto, director of bands.

“The most striking element,” Scheivert said, “is the lightning bolt on the front. The sales and design staff at Fruhauf and our faculty have said they’ve never seen a bolt element incorporated in this manner before. It is eye-catching but also looks like it completely belongs in that space. That is exactly the impression we are looking to make with the Titan Thunder Marching Band.”

The uniforms are modular, with the back of the coat detachable to change cut and style. There’s also an additional logo underneath. Scheivert said it’s an option to show a more modern look when the performance setting calls for it. 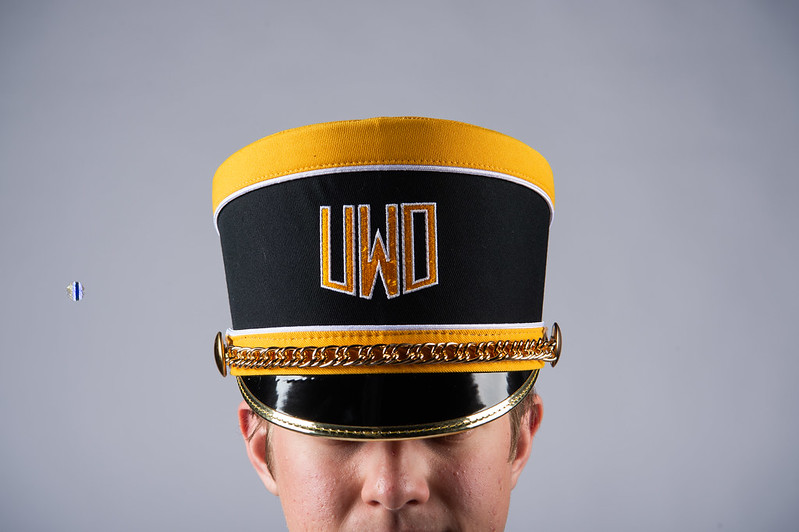 Earlier this week, senior Chandler Sumner-Gehrig was announced as Titan Thunder drum major. The drum major will serve as the leader and chief student liaison connecting the band’s members and staff. Sumner-Gehrig’s uniform closely resembles the standard band uniform but includes a few distinguishing features. Members of the color guard and twirler sections also will have their own look.

The Titan Thunder’s historic debut is planned for Sept. 3 at the first home football game of the 2022 season. The Titans host East Texas Baptist University.

Applications for students to join the marching band opened earlier this month. Students from UWO’s three campuses are eligible. Enrollment also is open to any student enrolled at a postsecondary institution, meaning current students at Ripon College, Lawrence University, Fox Valley Technical College and beyond can join the band through a special admission process.

Those who take part in the Titan Thunder’s inaugural year will have the chance not only to make new friends, play great music and cheer on the Titans, but they’ll also be laying the foundation for the program—including developing new traditions, cheers and social events that will make the Titan Thunder exceptional for years to come.

Titan Thunder virtual information sessions are held every other Thursday in spring and summer. These Zoom meetings include audition and membership information, a chance to meet the staff and student leadership, the sharing of ideas for fall and more. Sessions are at 8 p.m. March 17 and 31, April 14 and 28, May 12 and 26, June 9 and 23, July 7 and 21, and Aug. 4 and 18.