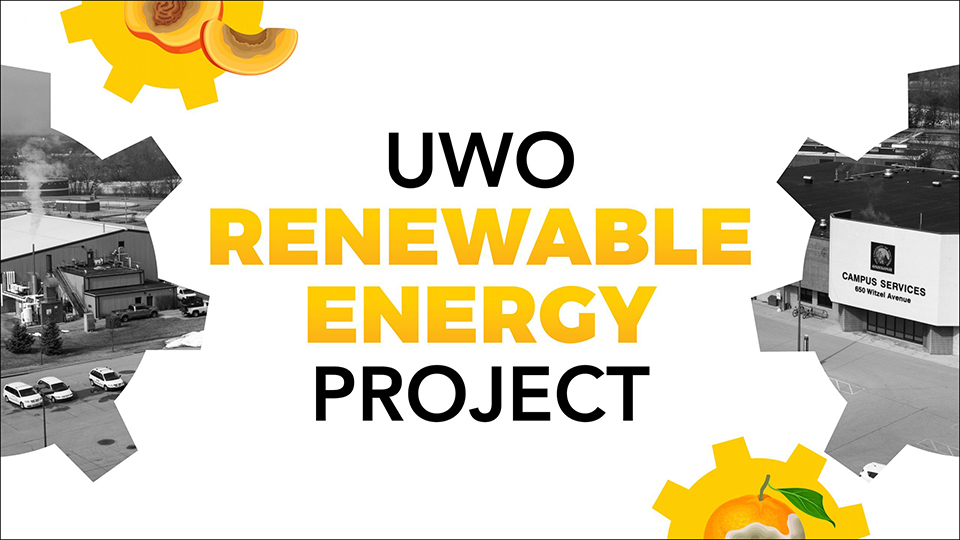 The project, to be funded with a $339,000 grant from the Public Service Commission’s (PSC) Energy Innovation Program, will connect the UW Oshkosh Campus Services Center—home to its document services, facilities offices, postal services, shipping and receiving—to the adjacent dry anaerobic digester. Instead of being burned off, a portion of the biogas being created will be used as a source of heat energy.

“What is most significant about the grant is we are taking an existing resource we have on campus, biodigester-produced methane gas, and using it to offset some of our energy needs,” said Stephanie Spehar, director of Sustainable Institute for Regional Transformations.

Not all of the biogas is effectively captured and is lost. Spehar said they are using something that would otherwise be wasted.

Estimates are that the converted methane gas will provide at least 75% of the heat being used at the Campus Services Center and provide an estimated average annual savings of around $24,000.

The project continues to support the beneficial uses of the biogas energy produced from its digester operations and supports UWO’s continued goal of reaching carbon neutrality, as well as providing annual cost savings by offsetting the use of natural gas, according to the grant request.

“We are leveraging an existing resource to reduce our energy costs and get closer to our goal of being carbon neutral by 2030,” Spehar added. 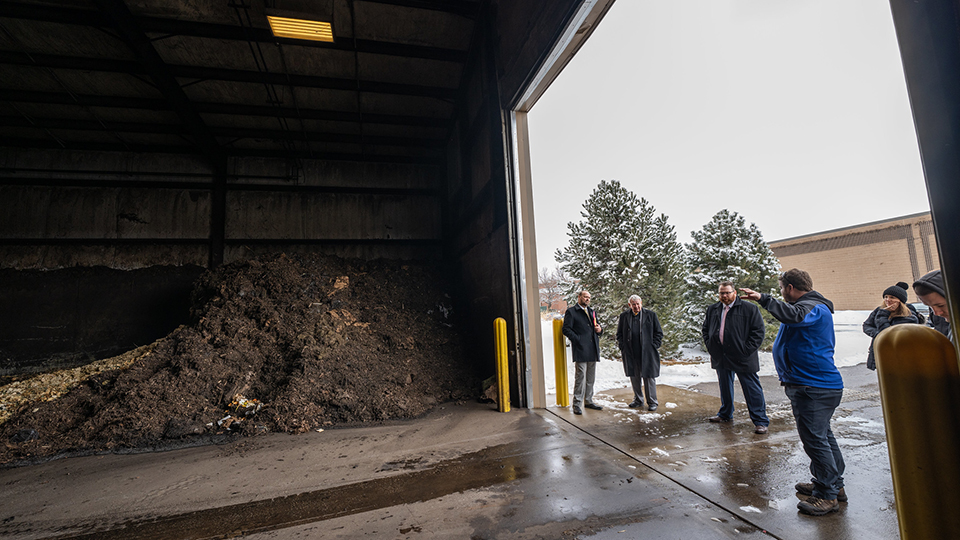 “We are very excited to have it selected and moving forward,” Spanbauer said. “The PSC was also very excited about this project and wanted to work more with us as a partner to showcase this project.”

Johnson added that some waste comes from industrial sources. Each week, its largest industrial supplier, McCain Foods, supplies 20-25 tons of potato sludge and 50-60 tons of waste from breaded food. 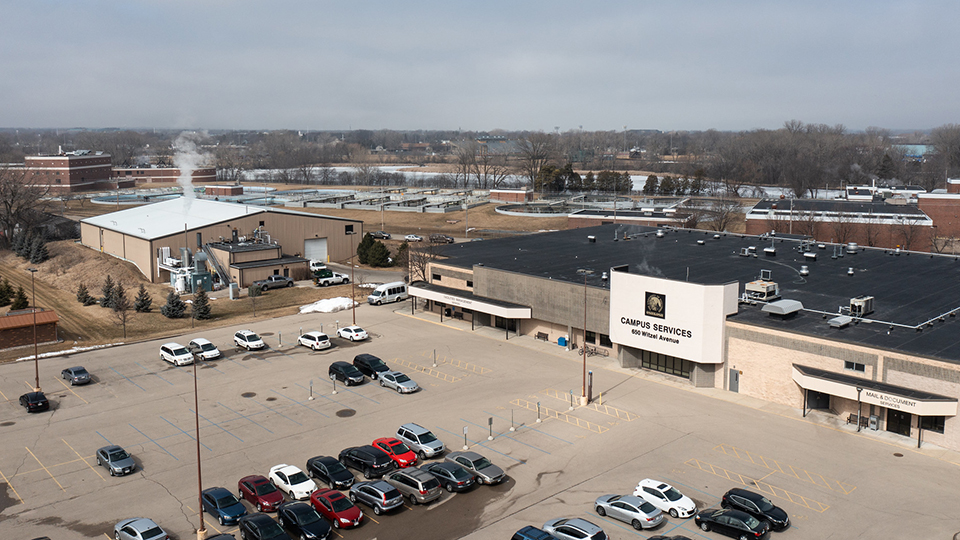 Energy produced in the Oshkosh campus biodigester (left) will soon be used to heat the Campus Services Center.

The Campus Services Center has a large expanse—more than 55,000 square feet of space. The project will save money due to a reduced need for natural gas, it also will reduce emissions and lower consumption of fossil fuels.

Anaerobic digestion is a process by which organic matter is broken down by bacteria in the absence of oxygen. Composed mostly of methane, the biogas created at the digester can be combusted to generate electricity and heat or it can be processed into renewable natural gas and transportation fuels.

The anaerobic digester currently produces about 8% of the University’s electrical needs by converting 10,000 tons of yard and food waste each year. The PSC project will allow the excess methane to generate more heat.

“Right now all of the gas produced gets burned and what is produced is electricity and heat,” Spanbauer said. “… We are not using the heat portion as efficiently as we could be, so that is what the PSC heat connection project will attempt to solve.”

It is hoped that the UWO biogas program someday will make use of the energy in other ways, including the production of renewable natural gas.

“If we don’t need to use that energy during some months, we could perhaps funnel that into fueling compressed natural gas or liquefied natural gas vehicles such as those owned by the city of Oshkosh,” Spanbauer said. “This closes the loop by offering a fueling site for renewable fuel made from food and yard waste on campus.”

In 2020, UWO ended its use of coal after 50 years. Prior to 2020, UWO burned 2,000 tons of coal per year, in addition to a small amount of refuse-derived fuel pellets and some natural gas and fuel oil. The University is now using 100% natural gas as a heating fuel, with low-sulfur fuel oil as a backup.

Acknowledgement: “This material is based upon work supported by the by the Public Service Commission of Wisconsin, Office of Energy Innovation and the Department of Energy, Office of Energy Efficiency and Renewable Energy (EERE), under the State Energy Program Award Number DE-EE0000163.”