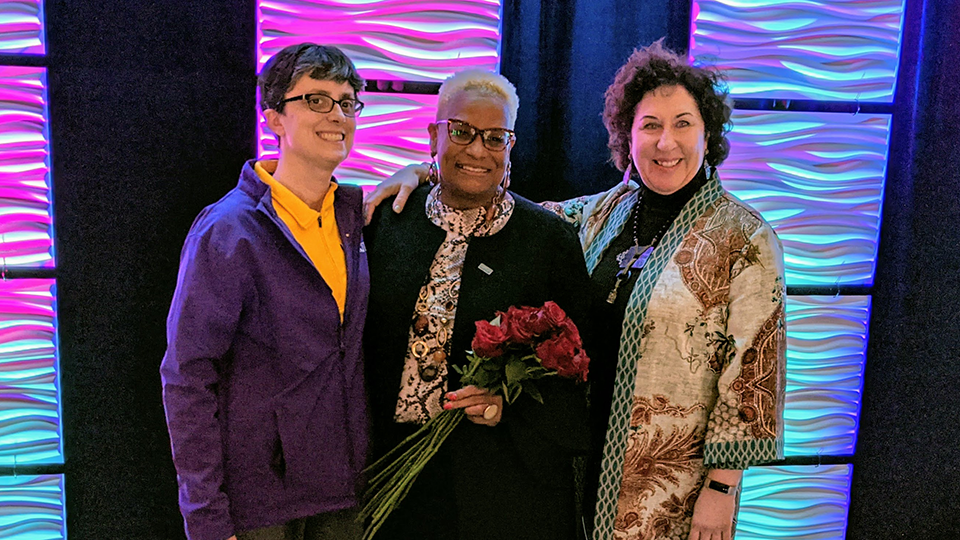 Missy Burgess, the associate director for student involvement at the University of Wisconsin Oshkosh, has earned the Legacy Leader Award from ACUI, formerly known as the Association of College Unions International. Burgess was presented with the award during the 2022 ACUI Annual Conference in Chicago.

One of five ACUI Distinguished Awards, the Legacy Leader Award recognizes individuals who have served as leaders within the college union profession and have worked throughout to advance campus community building. The award is a “recognition by fellow ACUI members and colleagues of an individual’s impact on field through their spirt and character.”

Burgess has worked full-time in higher education for 19 years, with 12 being in college unions, including eight at UW Oshkosh. She began her career as residence director at the University of North Carolina-Chapel Hill, before becoming an area coordinator at Pittsburg State University. She went on to become the assistant director of housing at the University of North Dakota and then transitioned to assistant program director for student involvement for UND.

“This award was a surprise to me, and it means so much because it is won by being nominated by a colleague who then ‘champions’ you by gathering assistance from other colleagues to contribute to the award,” explained Burgess. “I would not be in this position without the support of the Reeve Team at UWO and other colleagues from around campus who have helped me learn and grow.”

Burgess has been an active member of the ACUI since 2010. She also has been the chair of the Conference Program Team since 2020 and was able to spearhead its first in-person conference since the pandemic this March. 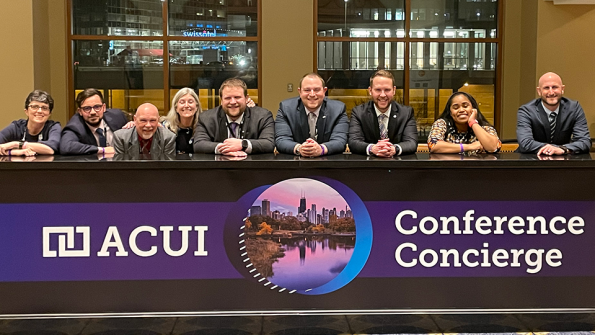 Missy Burgess (far left) with the other members of the ACUI Conference Program Team.

“ACUI has been my professional home for the last 13 years,” Burgess said. “The professionals and students I get to work with in various capacities provide me energy, new ideas and fill my bucket. The last two years have proven the importance of relationships, and it was exciting to be back in person to connect with others for the first time in three years.”