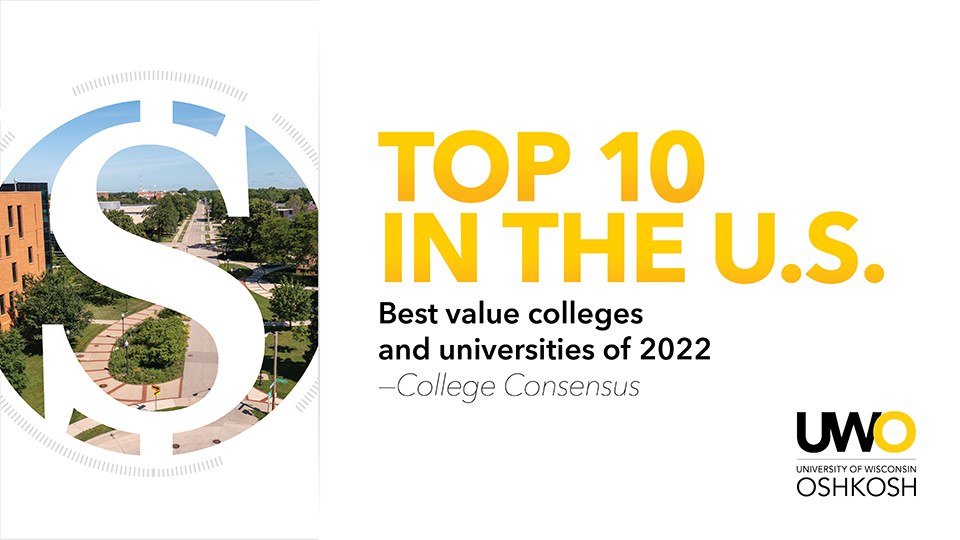 The University of Wisconsin Oshkosh is among the nation’s best value colleges and universities, according to new rankings recently published by College Consensus.

The list from the online resource for higher education evaluations highlights the top 100 colleges and universities, combining the results of several college ranking systems and averaged ratings from thousands of student reviews. The ranking systems include those produced by U.S. News, Forbes and the Wall Street Journal.

UW Oshkosh was the top-ranked school in Wisconsin and No. 8 overall in the U.S. The list considered colleges and universities with the lowest full-time, out-of-state tuition rates.

In another ranked list from College Consensus—this one for the best value online colleges—UWO came in at No. 5 nationwide and tops in Wisconsin.