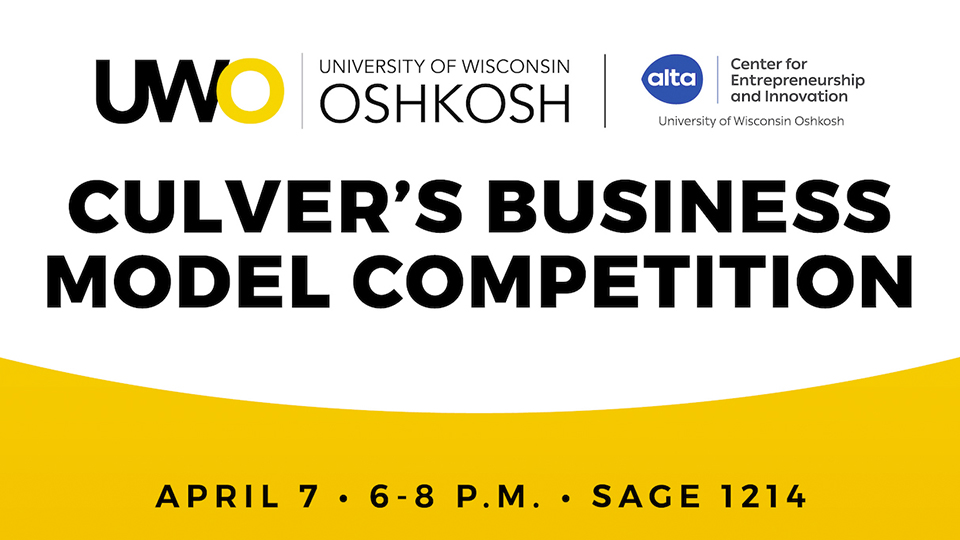 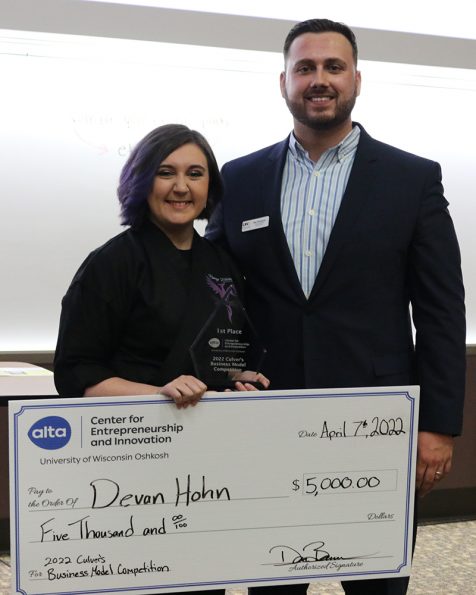 Devan Hohn, a senior special education major from Hortonville, earned the top prize at the Culver’s Business Model Competition at the University of Wisconsin Oshkosh.

The annual pitch contest, hosted by the Alta Resources Center for Entrepreneurship and Innovation at UW Oshkosh, gives students and student teams a chance to present a business idea with seed funding and exclusive access to venture development resources on the line. Each pitch is four minutes, followed by two minutes of questions from judges.

Rising Phoenix will be open to all ages for training, but its niche will be classes for adults and children with both mild and significant disabilities and needs. The overall objective is to create a welcoming culture that doesn’t now exist in the martial arts world—one where students of all ages and abilities can be successful.

Third was Kevin Dwyer, a Campbellsport native working toward a master’s degree in business administration. His prize was more than $5,000 in cash and in-kind services.

The annual competition accepts ideas in any stage of development, from initial idea to already-operational businesses. It is open to ventures led by any student or student team enrolled at a UWO campus. This year’s event was held April 7 in Sage Hall on the Oshkosh campus.