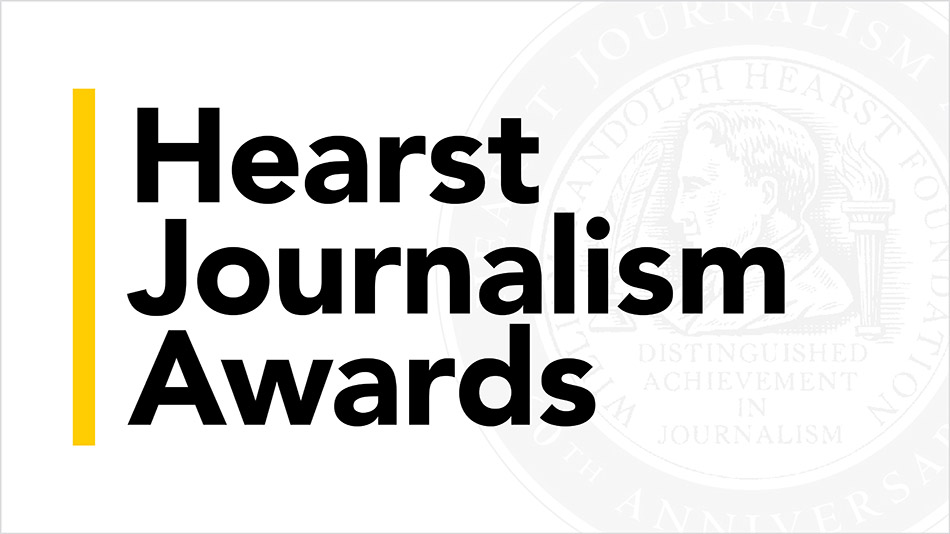 A University of Wisconsin Oshkosh student and a 2020 graduate received national Hearst Journalism awards this spring for their writing in the Advance-Titan student newspaper. 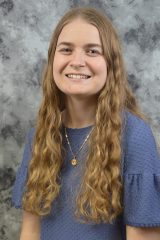 Pulvermacher, of Hartford, was named one of the top 20 winners within the investigative reporting category for the annual Hearst Journalism Awards. She was recognized for her article Fredric March, have we misjudged you?, a piece that centered around the removal of March’s name from UW Oshkosh and UW Madison campuses and the controversy surrounding that decision.

For Pulvermacher, winning the award was an unexpected honor.

“I did heavy research in order to understand and write Fredric March’s full story to the best of my abilities. Attempting to write this story in a six-day turnaround, I realized that March’s story was much deeper than I anticipated. I visited sites to understand March’s past and interviewed the people who knew him best. It is important to recognize truth within controversy,” Pulvermacher said. 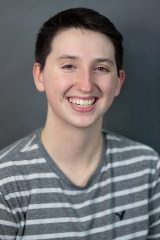 Kaitlyn Scoville ’20, of Ripon, was named one of the top 20 winners within the feature writing category of the annual Hearst Journalism Awards for her article Odd one out: A family fights addiction and for each other.

Scoville decided to pursue the award-winning story after being part of UWO journalism instructor Grace Lim’s project FIXED: Pain, addiction and life in recovery, where she and a group of classmates were assigned to “follow” someone’s life for the duration of the fall 2019 semester. The story showcases the woman she was assigned to, Jenna Washuleski, and her experience with overcoming a difficult childhood while helping her sisters in their battle against addiction.

Although she was assigned to follow Washuleski, Scoville said that it doesn’t change how connected she felt to her inspiring story.

“Her story is one of courage and resilience and was apparent from when I met her for the first time in August of 2019,” she said.

To qualify for the feature writing award, her article had to cover news, business, features or entertainment while being memorable for its reporting, crafting, creativity and economy of expression. According to Scoville, it took an extensive amount of work.

“It took several hours over months of preparation and shadowing to truly understand Jenna’s life and translate her work well enough to be understood by the community. Some of those things go greatly under appreciated, and one of the reasons why I got into journalism was to help shine a light on the lesser-known stories and how they make a greater impact,” she said.

The Hearst Journalism Awards Program was founded in 1960 to provide support, encouragement and assistance to journalism education at the college and university level. The program includes, in part, five writing competitions, two photojournalism competitions and four multimedia competitions yearly. The competitions are highly competitive, with some of the largest, best-known journalism programs in the country participating. 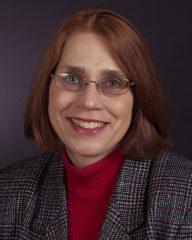 Advance-Titan advisor Barbara Benish said UWO submits student work annually for the award program competitions. Benish nominates a few student stories published in the Advance-Titan for each writing category and the department committee members decide which will be submitted.

“I am very proud of both of them. Both stories were extremely complicated and took thorough reporting, many sources and detailed writing. I know the two went to extraordinary lengths to ensure the stories were accurate, informative and compelling,” Benish said.

Sara Steffes Hansen, journalism department chair, considers the awards to be a great honor that reflects the hard work they have put into their writing.

“The Hearst awards are significant because they recognize exceptional student journalists at the national level. We in the journalism department are proud of Pulvermacher and Scoville for receiving this honor, which reflects their talent, hard work and journalistic values as storytellers informing the campus and broader Oshkosh community,” Hansen said.