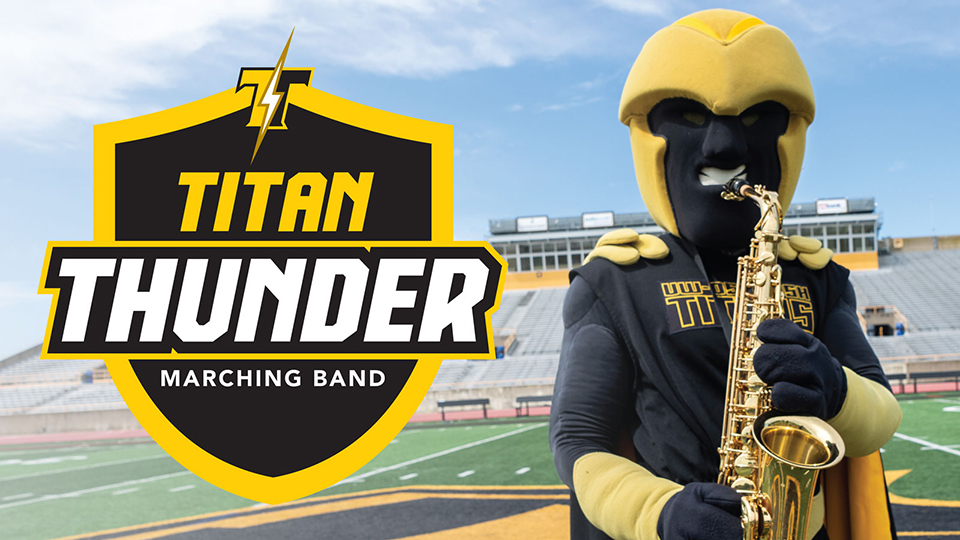 The University of Wisconsin Oshkosh’s Titan Thunder Marching Band has taken another step forward with the announcement of students selected for section leadership positions.

Section leaders guide students who play the same instrument or are in the same section. In these groups, section leaders will lead music rehearsals, teach and refine marching techniques and collect and distribute information. Since they also are on the field or in the stands with their fellow students, section leaders have the best sense of the individual challenges members face. They also help coordinate social activities to build camaraderie.

Here are the students who’ll lead their sections. More leaders may be selected as the band fills out.

As previously announced, Chandler Sumner-Gehrig will serve as drum major. The senior music education major from Wauwatosa will serve as the leader and chief student liaison connecting the band’s members and staff. Sumner-Gehrig will help with key components of the student experience, including preseason communication, band camp, social events, outreach and an annual banquet. Musically, the drum major serves as the primary rehearsal and stands conductor and develops highly visible routines for on-field performance.

Those who take part in the Titan Thunder’s inaugural year will have the chance not only to make new friends, play great music and cheer on the Titans, but they’ll also be laying the foundation for the program—including developing new traditions, cheers and social events that will make the marching band exceptional for years to come.

Titan Thunder virtual information sessions are held every other Thursday in spring and summer. These Zoom meetings include audition and membership information, a chance to meet the staff and student leadership, the sharing of ideas for fall and more. Sessions are at 8 p.m. June 9 and 23, July 7 and 21, and Aug. 4 and 18.