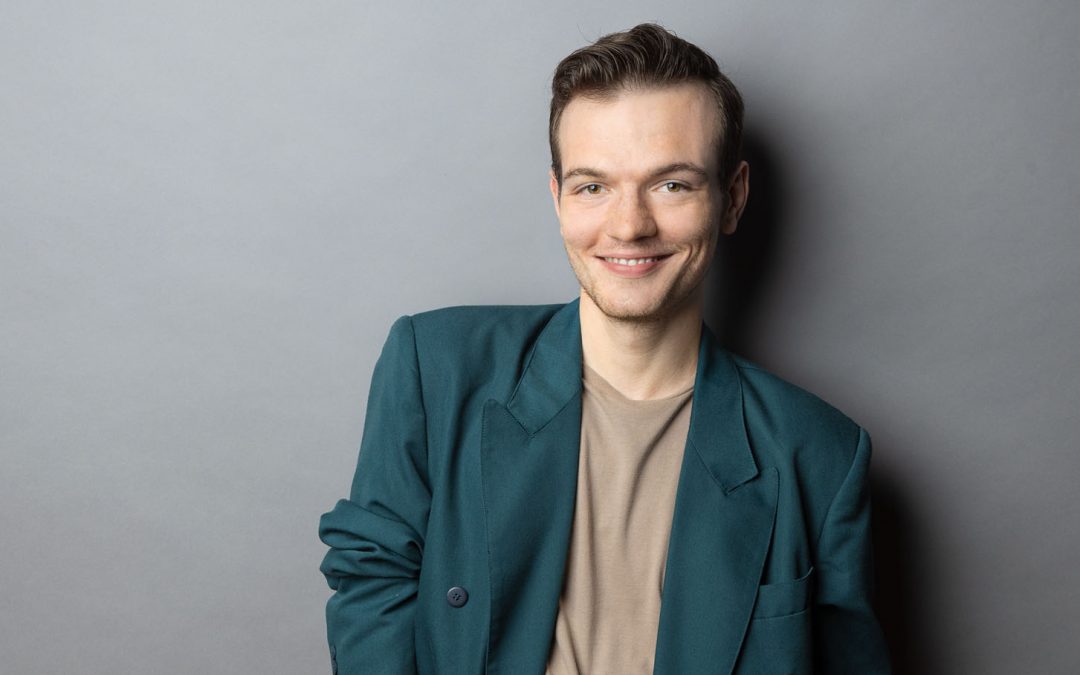 A recent University of Wisconsin Oshkosh alumnus is using his communications skills and passion for sustainability to help transform global consumption habits.

But it wasn’t easy as Franklin native Max Honzik ‘19, had to stay patient during the pandemic before realizing his dream of working in Berlin, Germany.

After graduating from UW Oshkosh in May 2019 with bachelor’s degrees in international studies and German and minors in French and European studies, Honzik received acceptance to intern at Congress Bundestag Youth Exchange for Young Professionals in Germany.

Honzik was living in the Baltic Sea city of Rostock, Germany, where he was interning as a full-time newspaper reporter—writing stories in German ranging from Valentine’s Day in the United States, to covering a NATO exercise. He called the experience challenging, taxing and above all, rewarding.

Then, his program was cut short due to the COVID pandemic.

“I unfortunately had five days to pack up my life in Germany, quit my job and say goodbye to my friends and host family as the State Department had booked us emergency flights back to the U.S.,” Honzik recalled, adding that it was a very confusing time for him and others.

He took a job as a paraprofessional at the Milwaukee German Immersion School—the same school he attended as a youth—to teach German to kindergartners. He also was accepted into a virtual internship with a sustainability nonprofit based in Berlin. It was three months unpaid, working from the United States.

Honzik hoped to perform well enough that they would hire him full-time and sponsor his visa to move to Berlin. It worked. He was offered a full-time position as a public relations and content manager at a sister operation—a start-up called ecolytiq. 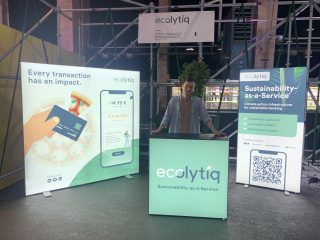 In May 2021, he packed his bags and headed to Berlin—a place he dreamed of since first setting foot there in 2017.

The start-up, ecolytiq, is a technology company that works in the financial sector looking to transform banks into “agents of change in the fight against climate change,” Honzik said. “We develop software that we sell to banks that the banks then pass onto their retail customers. With our software, end-users receive a CO2 calculation per transaction that can…illustrate the carbon footprints of consumers.”

Honzik said ecolytiq builds on the information by integrating insights into the banking app and educating customers how to best change their spending habits to live more sustainably.

Recently, ecolytiq pitched in a “funding round” to many different investors and venture capital firms, relaying its vision for the company and their business model—the problem they want to solve and why their product  is the best. The fundraising would provide much-needed funds to hire new talent and improve the product.

Honzik said many startups do not make it through a funding round as their vision does not resonate with enough investors, but ecolytiq did. It pulled in funding worth $13.5 million euros.

Honzik said his passion for sustainability “ignited” when he was a delegate in New York with the United Nations Environment Program with the UWO Model UN team. His global environmental politics course with UWO professor Tracy Slagter further stoked the flame.

He now wants to dedicate the rest of his professional career to work in the sustainability space.

Slagter said she’s not surprised her former “standout” student is excelling in his career in Germany and embracing the culture and opportunities before him.

“Max was the type of student who did the work of a course not just to earn a grade, but for the sheer joy of learning new things,” she said. “He has a nimble brain that can quickly synthesize information, a sneaky sense of humor that never gets old, and he overflows with enthusiasm for everything he does.  More than all of that, however, Max is simply a delightful human being who makes the world better just by being part of it.”

With a company that is international in its focus, Honzik’s German language and cultural competency skills are used every day. He credits Elizabeth Wade-Sirabian, UWO German professor, for the phonetics instruction.

Content at ecolytiq is created nearly all in English, but the majority of his coworkers and friends are German and with them he speaks German. His UWO minor in French helps him with the company’s French partners.

“I’m often asked where in Germany I am from, because I don’t sound American when I speak,” he said.

Honzik plans to visit his family at Christmas—the first time he’ll be back in the U.S. in 1.5 years.