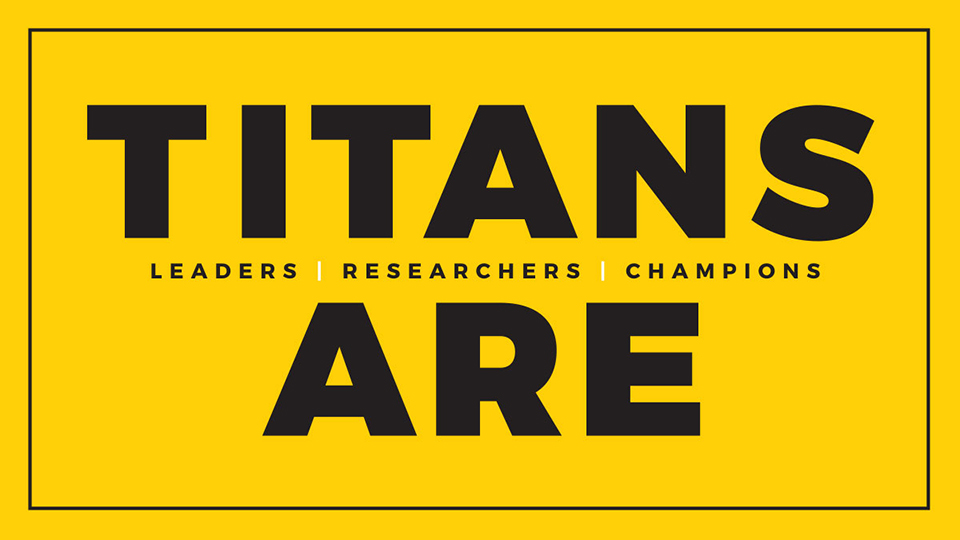 ►Following a nationwide search, Seon Yoon Chung was selected as UW Oshkosh’s next dean of the College of Nursing, effective July 1. She previously served as associate dean and faculty member in the Mennonite College of Nursing at Illinois State University in Normal, Illinois. She is a registered nurse in both Illinois and Maryland and is a certified nurse educator and healthcare simulation educator. 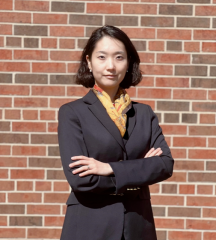 ►In a partnership with the Wisconsin Cyber Threat Response Alliance, UWO’s new Cybersecurity Center of Excellence provides research, training and outreach related to cybersecurity. Users of the center, located in the Culver Family Welcome Center, can experience real-world cyber threats in a controlled, educational environment.

►Live theater returned to UWO’s Fond du Lac campus in December with a production of All is Calm: The Christmas Truce of 1914, under the direction of Christopher Flieller, director and theater lecturer.

►Following a national search, Peter Jennings has been named the new head coach of the Titans football program. Jennings most recently served as the offensive coordinator for four seasons with UW-Whitewater. The Titans are scheduled to open the 2022 season at home against East Texas Baptist University on Sept. 3 at J. J. Keller Field at Titan Stadium.

►UWO was one of the first college campuses in Wisconsin to equip residence halls with naloxone, a medication that helps reverse the effects of opioid overdose. UWO Police Chief Kurt Leibold said the effort in partnership with UW-Madison’s Wisconsin Voices for Recovery and Winnebago County Health Department is a preventive measure to help save lives.

►Anne Stevens began serving as UWO’s College of Letters and Science dean on Jan. 31. She most recently served as an English professor and chair of the interdisciplinary, gender and ethnic studies department at the University of Nevada, Las Vegas.

►A new species of opossum has been named after UWO biologist Greg Adler. Marmosa alderi, which is Latin for Adler’s mouse opossum, was described in a recent American Museum of Natural History publication. The novel species has a very long tail that’s about 160% of its head-and-body length on average.

►UWO biologist Robert Mitchell is working with a team of researchers to sniff out the genetics of smell and taste in beetles with $1.3 million in funding from the National Science Foundation. The research could have implications for battling one of the most notorious invasive insects in the U.S., the Asian longhorned beetle, which feeds in and kills a variety of trees, including maples, birches, willows and elms.

►A new study led by UWO geologist Timothy Paulsen advances the understanding of the role continents played in the chemical evolution of Earth’s oceans, with implications for understanding atmospheric oxygenation and global climate oscillations. The research was featured on the cover of the February issue of GSA Today, which is published by the Geological Society of America. 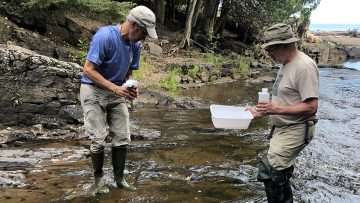 ►Robert Pillsbury, a UWO aquatic ecologist, is part of a team of researchers monitoring the invasive algae Didymosphenia geminate, commonly known as rock snot, in and around Minnesota’s north shore of Lake Superior.

►Nine students from UWO were among nearly 150 from across the UW System who displayed their research at Research in the Rotunda in Madison in March. Examples of the topics covered include the impact of voter ID laws on election turnout by senior economics major Joey Reddin, of Brookfield; and the potential path to treat people afflicted by a parasitic flatworm by senior kinesiology major Mia VanHooreweghe and senior chemistry major Hailey Johnson, both of Appleton.

►Lisa Arguello earned UW System’s Women of Color in Education Award for her work as UWO’s PreCollege Programs coordinator. Her accomplishments include doubling participation in summer programming and year-round support to introduce middle and high school students to higher education.

►UWO’s College of Nursing was named one of the nation’s best schools for men in nursing by the American Association for Men in Nursing (AAMN), marking five years the college has received this outstanding recognition. In addition, the UWO Great Lakes AAMN Chapter was named chapter of the year.

►Chandler Sumner-Gehrig, a senior music education major from Wauwatosa, has been named drum major for the inaugural season of the Titan Thunder Marching Band at UWO. He will help with key components of the student experience, including preseason communications, band camp, social events, outreach and an annual banquet. 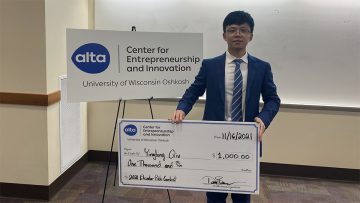 ►Alumna Christina Gorchynsky Trapani ’16, a Ukrainian-American and co-owner of Door County Candle Co., launched a Ukraine specialty candle sale in late February with proceeds from the sale going to Razom for Ukraine, an organization that directly helps the war-torn country. Her efforts raised $125,000 in just the first few weeks and sparked attention from statewide and national media, including the Today show and ABC World News Tonight.

►Yingtong Qui, a student at UWO’s Fox Cities campus, placed first in the 2021 Elevator Pitch Contest hosted by the Alta Resources Center for Entrepreneurship and Innovation. He won $1,000 in seed funding to pursue development of a social media platform to connect Chinese businesses seeking employees with job-seekers.