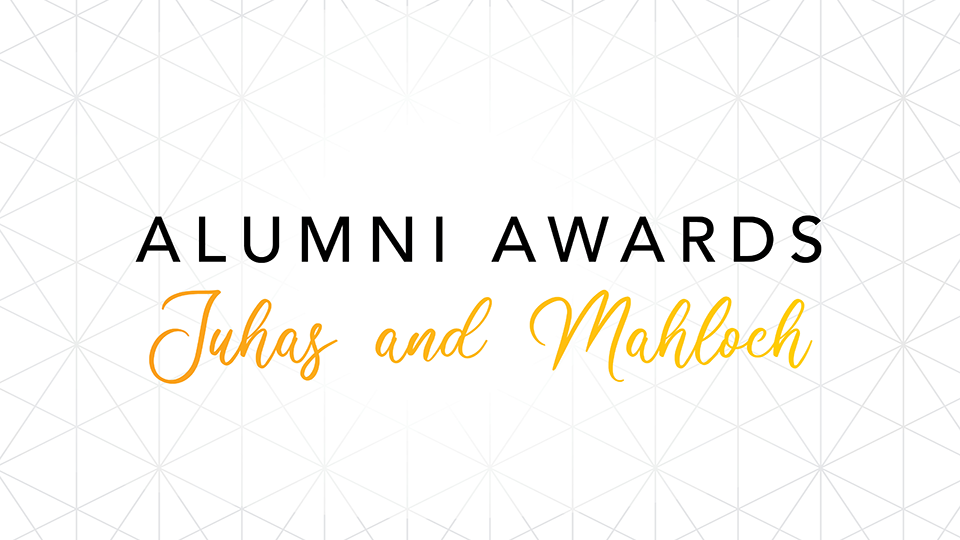 Ten successful University of Wisconsin Oshkosh graduates have been chosen to receive top honors for 2022 by the Alumni Association Board of Directors. In our second feature in the series, we’ll introduce you to two grads with strong skills gained from their education in the humanities.

With skills honed and knowledge gained at UW Oshkosh, graduates like journalism major Scott Mahloch ’02, of Pewaukee, and radio television film (RTF) major Christine Juhas ’17, of Elk Grove, Illinois, have built careers that impact society in a variety of ways from keeping people safe to making them laugh.

Mahloch has earned a UWO Distinguished Alumni award for his service with the U.S. Navy and Navy Reserve from 1993 to 2017 and his current work as a special agent with the FBI that began in 2008. Juhas has earned an Outstanding Young Alumni award for her career as a social media influencer who brightens people’s lives. 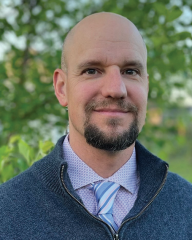 Mahloch leads a life of service

As a 22-year-old nontraditional student fresh off active duty with the U.S. Navy, Mahloch looked to UWO as a place to put his experience to good use serving students.

“Serving on student government with the United Students in Residence Halls gave me the outlet to make a difference on campus and represent students on various issues,” Mahloch said, who also worked in Residence Life for four years as a community adviser and a program adviser.

In these campus experiences, Mahloch said he “found both a home and extended family.”

In nominating Mahloch for the award, Marc Nylen, associate director of Residence Life, said Mahloch’s service since graduating from UWO has been “distinguished and long-term.”

His military service included deployment to Iraq in support of Iraqi Freedom in 2007. He also served as an intelligence officer, assessing threats to U.S. interests. He retired from the Navy in 2017.

He was selected into the FBI in 2008 and trained at Quantico in Virginia. He was assigned to the FBI Milwaukee Division from 2009 to 2012. He transferred to the Chicago Division in 2012, where he served on the Hazardous Evidence Response Team and was named the FBI Chicago weapons of mass destruction (WMD) coordinator.

In 2018, he transferred back to Milwaukee, taking on the role of WMD coordinator there in 2019, building relationships across local, state and federal governments as well as the public and private sectors to inform and educate stakeholders and mitigate threats.

“Scott also has been involved in countless benevolent causes that have impacted the lives of thousands,” Nylen said.

These efforts include organizing Veteran’s Day and Memorial Day observances, assisting with Toys for Tots drives and volunteering at a homeless shelter for veterans.

Mahloch is most proud of the efforts he and his wife Sarah, also a 2002 UWO grad, have made to be flexible and supportive of educational and career opportunities and that provide an example of love, support and sacrifice to their three sons.

“I was never the smartest, but hard work and the pursuit of excellence have allowed me to pursue my dreams and professional goals,” Mahloch said. 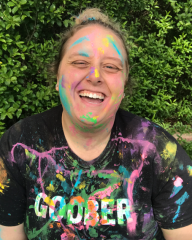 From representing Clash the Titan mascot for two years at Titans basketball and football games and community events to working and creating award-winning Titan TV shows like College Life and Cole and Claudia’s Christmas Show, there certainly were glimpses of what was to come for Juhas during her days at UWO.

She also played on the club rugby team, studied abroad in Ireland and interned with the city of Oshkosh’s media production office.

“Christine Juhas was one of the most driven and successful classmates I had at UWO in the RTF program,” said fellow grad Teala Kalepp ’18, in nominating Juhas for the honor. “I told her one day she would be famous for her talent. Now she has used her script-writing skills, hilarious jokes, timing and production skills and turned them into a career.”

Although she spent years learning and honing her skills as an undergrad at UWO, Juhas found success overnight in November 2019.

“I posted a video I made about a cactus I bought on a late night trip to Walmart to the popular app TikTok,” she explained. “Within 24 hours it had over 1 million views and within a week I had over 1 million followers. Suddenly I was thrust into this newfound career as a social media content creator.”

Every day since, Juhas has been writing, filming and editing comedic videos for TikTok, Instagram and YouTube. She uses the name Christine Snaps for her work as a content creator.

“With a combined following of over 5.6 million followers, I make people laugh daily with skits, character bits, vlogs and daily life commentary,” she said.

Today she still makes those funny videos for her fans, but she also works with major companies like Dunkin, Airheads, Warner Brothers and Fox Entertainment. She even helped UWO with recruiting efforts by promoting the University.

Even with all that, Juhas still works a day job as a dog handler at a daycare and boarding facility, where she supervises more than 150 beloved dogs and puppies weekly.

“One achievement I am really proud of is that when I tell people I went to UWO, I mean it to the fullest extent of the word,” Juhas said. “I consider Oshkosh a second home because the time spent there was traded for some of my greatest memories, some lifelong friends and the tools to have an amazing career.”

Most days Juhas said she is still trying to “wrap her brain” around how her success has come to be.

“My job every day is to make people laugh—it’s definitely not the hardest job in the world but it is one of the most rewarding.”