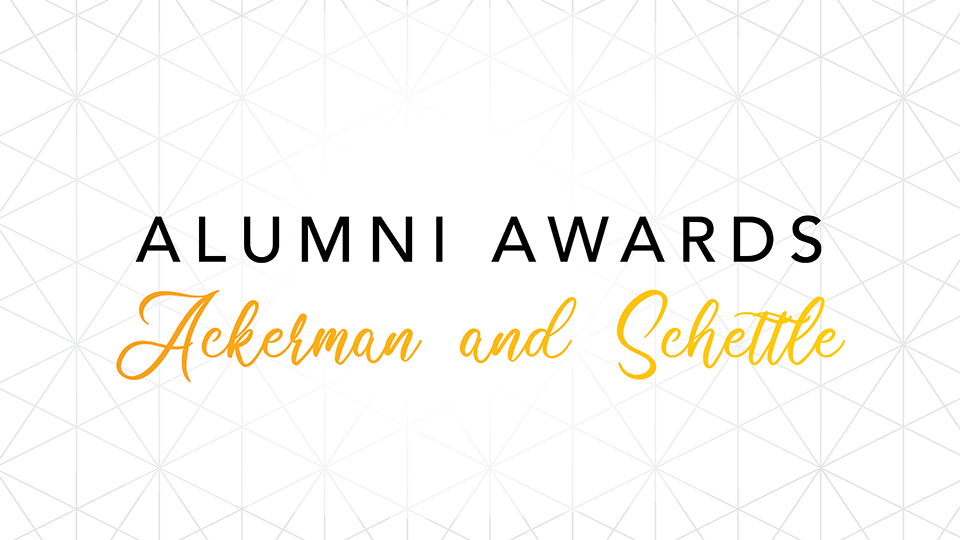 Ten successful University of Wisconsin Oshkosh graduates have been chosen to receive top honors for 2022 by the Alumni Association Board of Directors. In our third feature in the series, we’ll introduce you to two grads with a passion for improving patient care.

Two UW Oshkosh alumni are being honored by the UWO Alumni Association for paving the way toward improving healthcare within their respective fields.

John Ackerman ’14, and Sarah Schettle ’08 and ’20 MBA, will both receive the Outstanding Young Alumni award at Homecoming this fall. Ackerman and Schettle are two of five exceptional graduates receiving the award.

Changing correctional nursing for the better 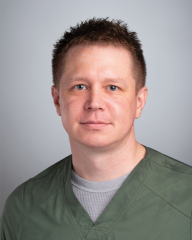 Upon honorable discharge in 2009, he returned home and enrolled in UWO’s College of Nursing. It was during his time at UWO that he completed a clinical at the Winnebago Mental Health Institute in Oshkosh and became inspired to pursue a career in the correctional nursing field.

Ackerman graduated with his bachelor of science in nursing in 2014 and relocated to Washington soon after. He secured a couple of different nursing roles within several different correctional centers before being offered a permanent health services administrator position for the Lewis County Jail in Olympia, Washington in 2017.

After years of experience working with the incarcerated community, it had become evident that opioid addiction was one of the major causes of relapsing back into criminal behavior upon release. In an attempt to prevent that trend from continuing, he, along with Jail Chief Chris Sweet of the Lewis County Sheriff Department, teamed up to develop and implement a new clinical medication assisted treatment (MAT) program for the Lewis County Jail.

After its implementation in January of 2019, the Lewis County Jail saw a significant success rate from inmates who successfully completed the program. It was so notable that it garnered national media attention and also influenced correctional institutions around the country to reach out for more information on how they could implement the program as well.

Ackerman estimates that up to 500 inmates have graduated from the program since its inception and considers it to be the work he is most proud of.

“I like to think we are making a tangible difference in the opiate crisis within Lewis County and surrounding communities,” Ackerman said.

Ackerman has since moved back to Wisconsin and is now serving as a float pool nurse at Ascension NE Wisconsin – Mercy Campus in Oshkosh. He said  he feels grateful for the recognition of his efforts by the UWO Alumni Association.

“It’s truly humbling. At the time the work I did was in the trenches of society. I often described it as trying to bail out a canoe always taking in water. For UWO to recognize the work that was put in for the MAT program, along with my general career, is quite the honor,” he said. 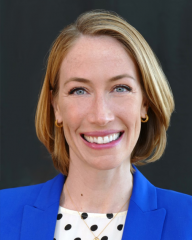 After four years as an outstanding student athlete on the indoor and outdoor track and field and swimming and diving teams, Sarah Schettle graduated from UWO in 2008 with her degree in both Spanish and chemistry (biochemistry emphasis).

Schettle, of Rochester, Minnesota, went on to complete a master’s degree from the UW LaCrosse Physician Assistant School in 2010 before getting hired as a physician assistant for the Mayo Clinic Cardiovascular Surgery Department in Rochester where she has worked ever since.

She worked hard in her new role, dedicated to providing the best patient care possible while also researching, publishing, lecturing on and advancing care for patients with left ventricular assist devices (LVAD).

Just a few months after winning such a prestigious award, Schettle earned her second master’s degree: the executive path master’s of business administration (MBA) from UWO. During which, inspired by what she had learned from her business classes, she took on an additional role at Mayo Clinic as director of development for the newly-founded physician assistant program.

In her role as director of development, she helped to develop the new program, implement the required curriculum and onboard the first cohort of students. Ultimately, due to challenges within the healthcare system during COVID, she decided to leave the position to return to full-time patient care.

Today, Schettle continues to work as a physician assistant at the Mayo Clinic. Among her various professional titles, she is also an assistant professor of surgery. She spends 40 percent of her time working as an educator in the Mayo Clinic’s PA program, helping shape future generations of healthcare workers. The other 60 percent is spent caring for patients.

“The experiences, educational and athletic opportunities and mentorship I received have helped forge in me the skills and confidence to make a difference in my community and professional field,” she said.