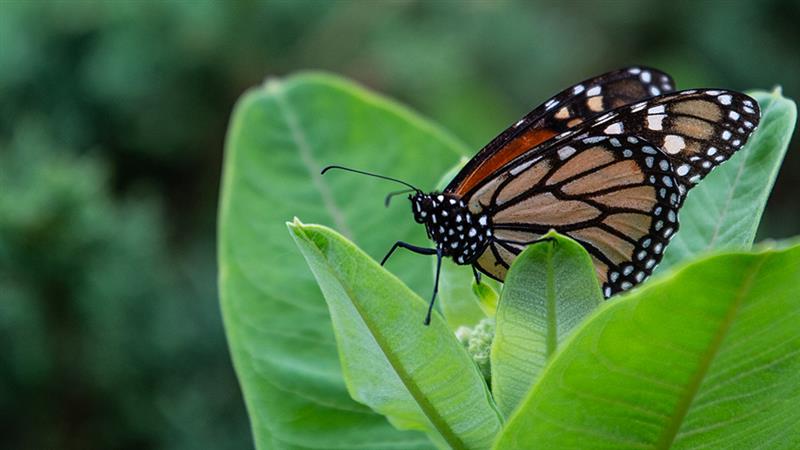 While monarch butterflies have been officially listed as an endangered species, the University of Wisconsin Oshkosh continues to do what it can to provide ample habitat on the Oshkosh campus.

UWO prizes its sustainable and environmentally friendly practices and its large number of native plants and trees that provide habitat for insects, birds and animals.

Brad Spanbauer, campus sustainability director, pointed out that UW Oshkosh has been recognized since 2015 as a monarch waystation by Monarch Watch, a conservation group. Milkweed plants are prevalent on campus—it’s sought by monarch butterflies to lay their eggs. When caterpillars emerge, they start eating the leaves of the plant.

Shannon Davis-Foust, senior lecturer of biology and environmental studies at UWO, is considered an expert on monarchs. She said monarchs are just the “poster child” for the severe declines in the animal and plant kingdom.

“It’s all connected,” she said.

In late July, the monarch butterfly was officially designated as endangered by the International Union for Conservation of Nature. Scientists estimate migratory monarch population has dropped by as much as 90% over the last few decades. 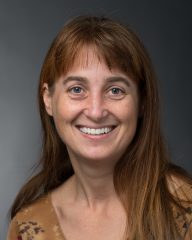 Davis-Foust said the decline of monarchs is primarily due to the food production system (crops sprayed by pesticides and herbicides) and large lawn expanses (versus abundant native plants). In southern areas, it also has to do with negative effects of logging in forests where monarchs migrate for winter, invasive species and climate change.

“A basic thing that we can do is buy organic food—it’s good for people and good for the planet,” she said. “Every time you buy something, you are voting for the type of planet you want to live on.”

The other thing she recommends is to plant native plants. She notes that lawns are the No. 1 crop grown in the U.S.

Lisa Mick, supervisor of campus grounds, said her crews do all they can to support not only monarchs but also other varieties of butterflies, bees and other important insects. She said common milkweed is growing in locations around campus, but many people see milkweed as a weed and not the vital plant it is—the only food source for monarch caterpillars.

Mick said insecticides are used only if absolutely necessary. She notes the spraying of a pine tree near Titan Stadium that was at imminent risk of death from scale insects, but ash trees are treated for emerald ash borer with an injection method that impacts insects boring in the plant. And Japanese beetles, affecting many trees and herbaceous plants on campus, are trapped using pheromones which are only desirable to the insect.

“We use no fungicides on campus for plants that are diseased. If a fungus kills the plant, then we remove it and avoid that species,” she said.

Weeds are targeted with plant-specific chemicals, and mass spraying of grass areas is avoided. The chemicals are harmful to bees and potentially to students who visit the grassy areas to walk barefoot, play games or sun themselves.

Mick said she feels UWO has an excellent opportunity after winning the U.S. Department of Education Green Ribbon Award for Sustainability, to brand itself as a campus that is attractive to families and students who find an environment friendly to not only humans but all insects, birds and mammals—a campus offering a natural and chemical-free environment.

More information on regenerating biodiversity and a video also is available at Doug Tallamy’s Homegrown National Park webpage. Tallamy, an entomologist, ecologist and conservationist is a professor at the University of Delaware. He advocates for yards that provide habitat for native species.