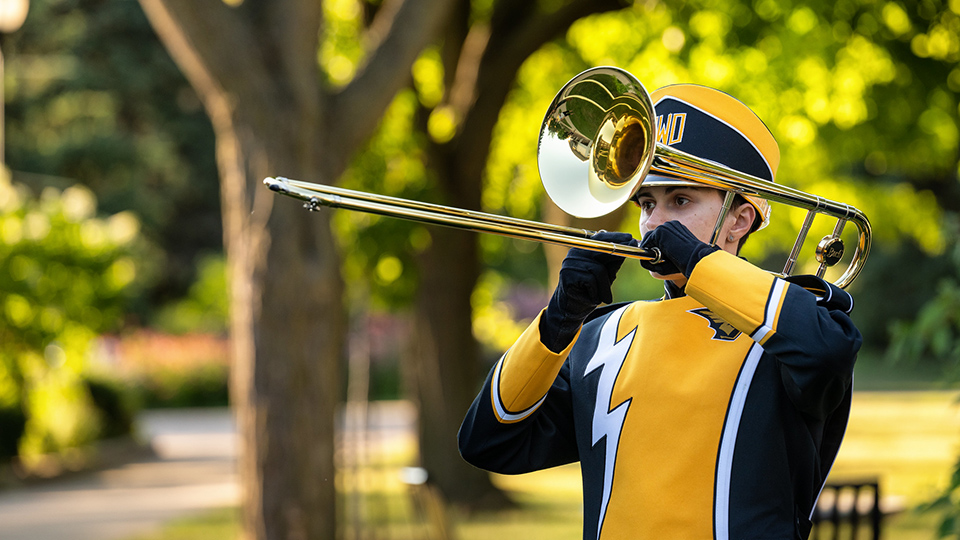 Sept. 3 will be a Saturday of firsts for the University of Wisconsin Oshkosh.

It’s the home opener for the Titans football team, who’ll take on East Texas Baptist University at 1 p.m. at J. J. Keller Field at Titan Stadium. The game will be the first for the Titans under new head coach Peter Jennings.

The game will feature the public debut of the Titan Thunder Marching Band. Under the direction of Joe Scheivert, the new marching band will perform a pregame show at 12:40 p.m. and take the field again at halftime. The band also will perform the University’s new fight song, Go Mighty Titans.

The day also will include the launch of a new tradition: the Titan March. Beginning at 11:45 a.m., the Titan Thunder will march with the football team from the new Titan Athletic Bands Center on Rush Avenue, to Josslyn Street and then on to Titan Stadium. The Titan faithful are invited to cheer on the band and players during this new pregame celebration.

Parking lots open at 10 a.m. (three hours before kickoff). The University will provide fans a free shuttle bus service to and from home games. The bus leaves from Reeve Memorial Union at noon (one hour before kickoff) and operates continuously until 30 minutes after the end of the game.

For the first time Titans fans will have the opportunity to reserve a parking spot in advance. Parking passes, along with single-game tickets and season ticket packages, are on sale now.

Game tickets are $10 for adults, $8 for seniors, $6 for students and free for ages 5 and younger and UW Oshkosh students with a student ID.