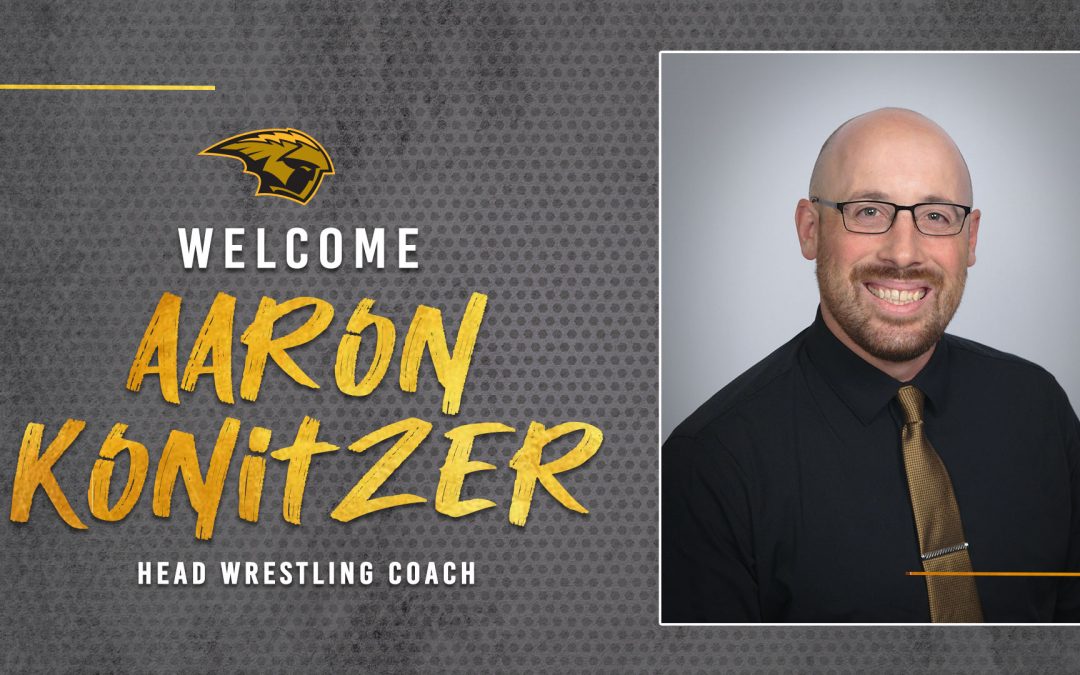 Aaron Konitzer has been named the new head wrestling coach at the University of Wisconsin Oshkosh.

“Aaron possesses a high level of understanding of the sport and an immense dedication to the student-athlete experience,” said Assistant Chancellor and Athletic Director Darryl Sims. “I am thrilled to welcome Aaron to our staff and to his alma mater.”

Konitzer, a 2013 UW Oshkosh graduate, received a master’s in sports administration from St. Cloud State in Minnesota in 2016. While at St. Cloud State, Konitzer served as a graduate assistant and helped to recruit top 10 national wrestling classes (among non-Division I schools) and oversaw a monthly newsletter to help inform parents and alumni of the program.

Konitzer has served as a coach at the University of Pittsburgh at Johnstown and at UW-Platteville, including developing strength and conditioning programs.

Konitzer comes to UWO from Fremont School District, where he oversaw the inaugural season of the wrestling program and making trips to the state tournament.

“I am humbled and grateful to be named the next head wrestling coach at the University of Wisconsin Oshkosh,” said Konitzer. “I want to thank the search committee and our athletic administration, Darryl Sims and Abby Gildernick; for the opportunity to lead the program that gave me so much as a student-athlete. By utilizing my past experiences working with some of the top programs in the country, I am excited to build off the recent success and start working with the young men here at UW Oshkosh.”