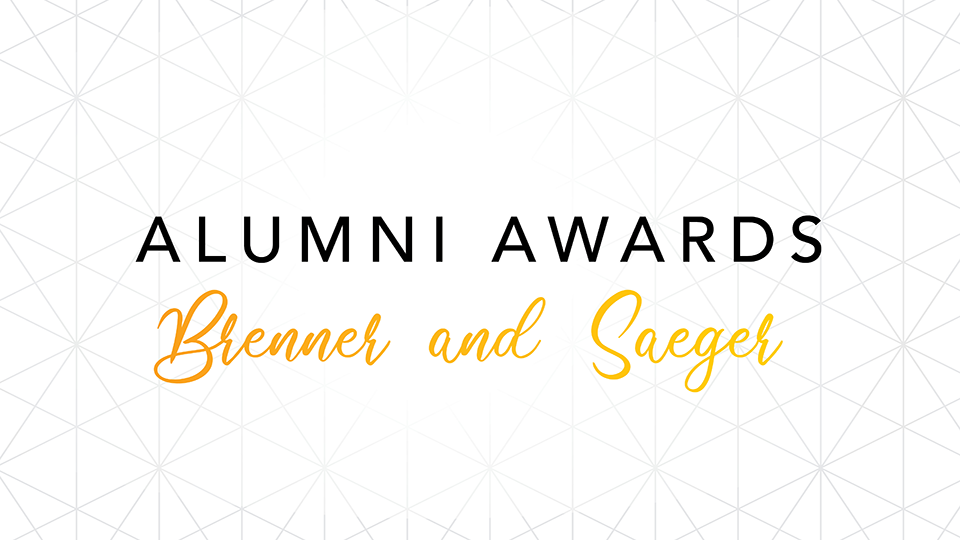 Ten successful University of Wisconsin Oshkosh graduates have been chosen to receive top honors for 2022 by the Alumni Association Board of Directors. In our final feature in the series, we’ll introduce you to two grads with exceptional skill in leading businesses who will receive special recognition from their alma mater.

Brenner has history of leading and uniting organizations 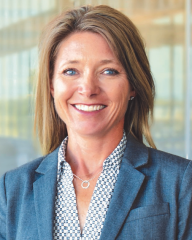 Brenner, of Fond du Lac, is a 1999 marketing, human resource management and entrepreneurship major who earned a business administration master’s degree in 2009 and serves as the senior vice president of strategic development and marketing at C.D. Smith Construction.

“Many aspects of my experience at UW Oshkosh have helped shape my life and my career,” Brenner said, noting her time as an intern with the Koehn Institute, her connections to faculty and staff and her time with the sorority Pi Sigma Epsilon.

Brenner previously worked in various leadership roles for SSM Health from 2011-20; Dynamic Group, Inc. as director of sales and marketing from 2005-11; and the Laux Agency as vice president of marketing from 2001-05 and business development manager from 1999-2001.

Brenner said the personal achievement she is most proud of is raising three children—doing her best with her husband, Jason, to demonstrate the values of hard work, respect and helping others.

Professionally, Brenner is proud of the creation of Envision Greater Fond du Lac, resulting from the merger of the Association of Commerce and the Fond du Lac County Economic Development Corp. She served as inaugural chair for the Envision Board of Directors.

Little said he was highly impressed at Brenner’s ability in the community to bring two organizations together in 2018 to create Envision Fond du Lac—combining economic development with the local chamber of commerce.

Susan Neitzel, director emerita of the former Koehn Institute, met Brenner when she was an undergraduate student at UWO and followed her career progression. Neitzel spoke of Brenner’s history of serving her alma mater by bringing her talents to student clubs and organizations, advisory boards, alumni associations and the UWO Foundation board.

“Setting an example of getting and staying engaged in academic and community service throughout life makes Holly an exceptional role model for other alumni and current UWO students,” Neitzel said.

Saeger continues to learn, teach, and is ‘glue that holds the company together’ 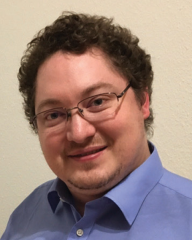 He is divisional leader at Modular Web Solutions in Greenville and lecturer for UWO’s engineering and engineering technology department.

In addition to UWO diplomas, Saeger earned a master’s degree from UW-Platteville in engineering in 2015. He recently earned an associate degree in small business entrepreneurship from Fox Valley Technical College and anticipates earning a bachelor’s degree in German in 2023 from Oregon State University.

In his spare time, Saeger enjoys learning languages and about foreign cultures, traveling and working on a startup business. He is involved in professional associations, including service as Wisconsin region president of Phi Theta Kappa Honor Society International.

“There are a couple of professors that have become colleagues and that has helped me be successful as well as a department that created a second home for me on campus,” Saeger said about his time at UWO.

He explains how he went from being an undergraduate in physics to being a colleague of Dennis Rioux, whom he can ask advice in classroom management.

“During my years as a graduate student and while I was coming into my own as a project manager, Andy Miller has been another individual that I can rely on to have a quick answer to complex questions,” he said.

Saeger, who had been a first-generation, low-income student, also credited the team at Student Support Services with giving him a place on campus where he could refine his lofty goals and be encouraged to overcome obstacles that were “ever present in finishing my degrees.”

“Without a doubt, I would not be as successful or even in the position that I am today without each of these people lending me their support. I will be forever grateful for their support and try my best to follow their lead in passing it on.”

Miller called Saeger a conscientious student–someone considered a leader who other students look to for help and advice. Then, as a fellow instructor, Miller saw someone who was always well prepared and leading a class that helped prepare many engineering graduates succeed in the world with critical project management skills.

Daniel Moran, a colleague at Modular Web Solutions, called Saeger the “glue that holds the company together”—not only is he the director of projects, but also the engineer and acting plant manager.

He cited Saeger’s professionalism and drive and said he has a natural ability to understand the company’s unintuitive business system, develop best practices and lead the company. Moran called Saeger an “inspiration” and said his positive attitude is contagious.