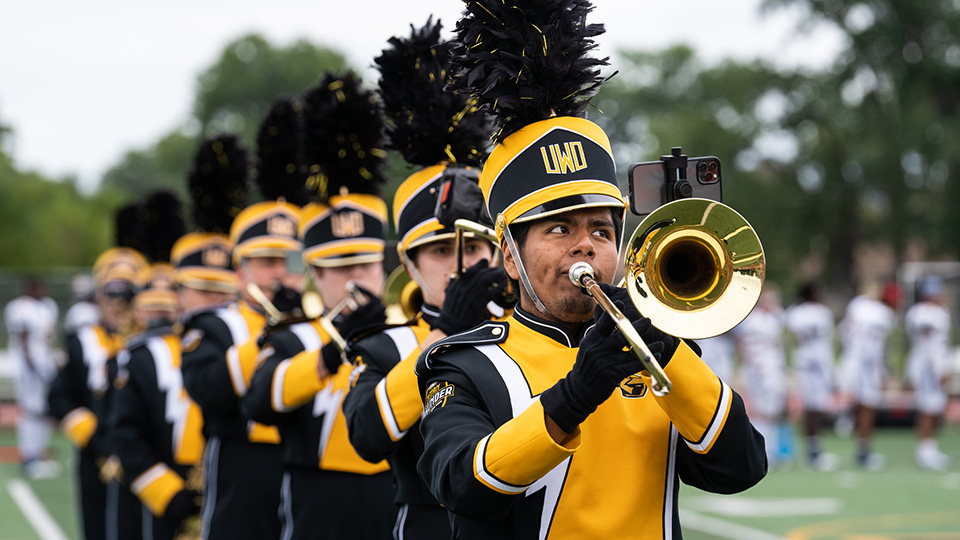 It was a kickoff of a new era in more ways than one Saturday, with new University of Wisconsin Oshkosh head football coach Peter Jennings taking the field for the first time and the new Titan Thunder Marching Band making its public debut as part of the game day festivities. The football team took care of its business, defeating the Tigers of East Texas Baptist University 52-13. The Titan Thunder also dazzled, performing as part of a pregame march to Titan Stadium, on the field before kickoff and again at halftime. The band, under direction of Joe Scheivert, will perform at the three remaining home games this football season.

Here are scenes of a very exciting Saturday at Titan Stadium—inside and out. 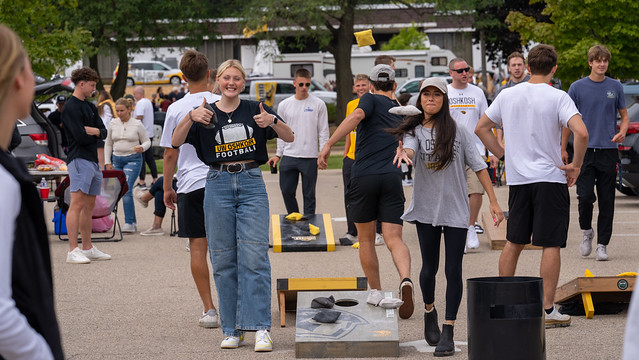