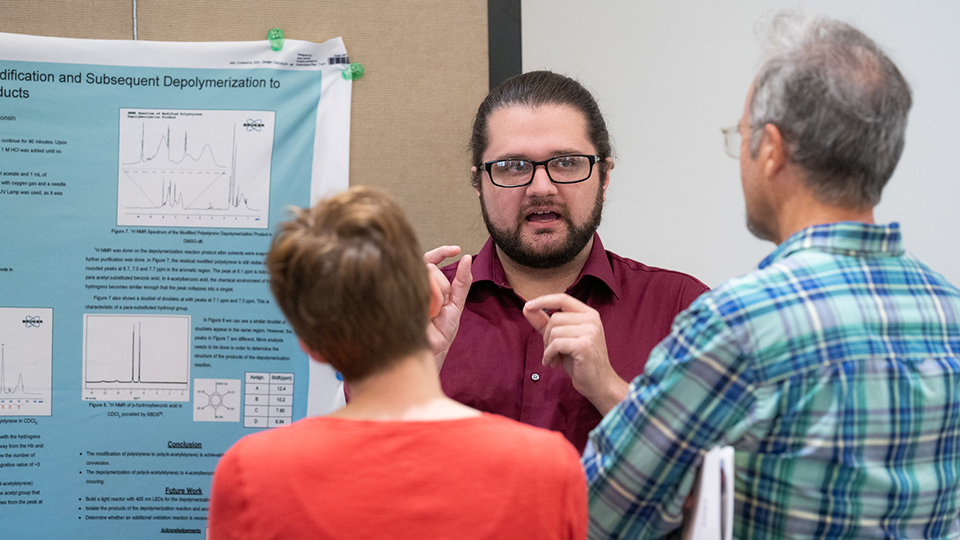 Ten University of Wisconsin Oshkosh seniors and scholars in the Ronald E. McNair Postbaccalaureate Achievement Program took part in the annual research project showcase this week on the Oshkosh campus.

The students each gave presentations on a wide variety of topics during the four-hour event Thursday at the Culver Family Welcome Center.

“One of the key reasons our scholars achieve so much in the course of the summer is that they build this tight-knit, supportive group,” she said. “While they all have very different projects, they all share one very important thing in common: They are all deeply engaged in research, committed to finding answers to questions that perplex them. This is incredibly powerful and explains why they all have plans not only to continue their research in some form or fashion, but also to continue their education at the graduate level.”

Here are the student scholars, their faculty mentors and their project titles:

▶︎ Lauren Blume, a senior psychology major from Waukesha, with Brian Wallace: Beyond the Injury: The Association Between Physical Characteristics and Injury in Competitive High School Dance Team Athletes

▶︎ Moriah Weeks, a senior anthropology and environmental studies major from Milwaukee, with Stephanie Spehar: The Impact of Community Gardens on Participants

The showcase comes a few weeks after UWO learned it was one of 187 schools nationwide to be awarded funding from the U.S. Department of Education to continue the program. Like other TRIO programs, McNair Scholars Program grants are awarded in five-year cycles. This marks the fourth successful grant application for the University.

The McNair Scholars Program empowers high-achieving students from underrepresented backgrounds, including racial minorities, first-generation college and low-income students to realize their potential and prepare them for graduate studies.

The program serves between 25 and 30 scholars in a given year, typically about a dozen new students per year. The cornerstone of the program, a paid summer research internship, provides participants with the opportunity to explore a research question in depth. 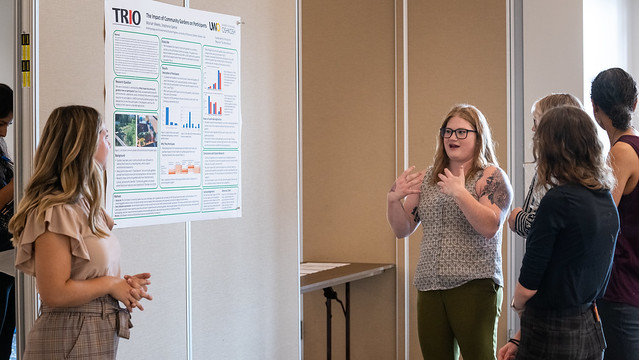