Training a ‘worldwide workforce’: Professor has cultural perspective in nursing 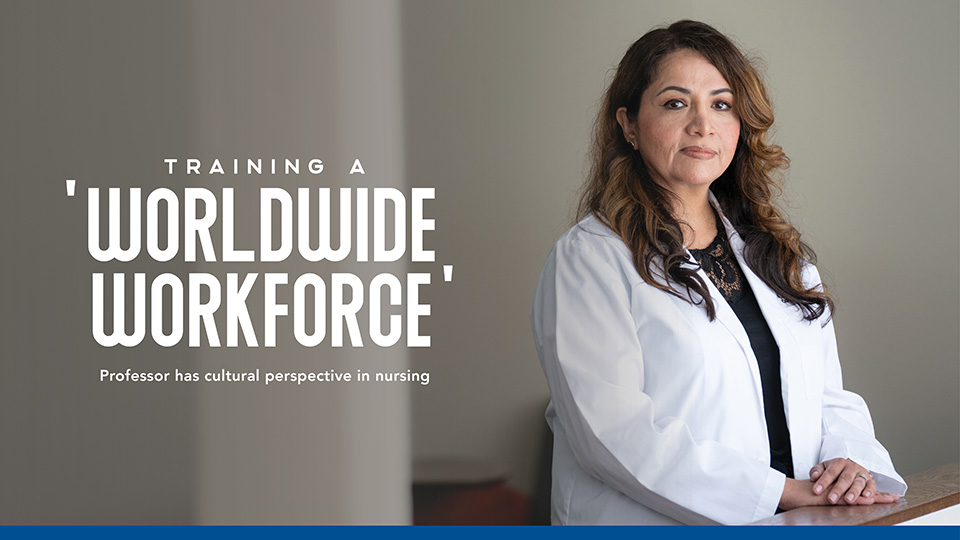 A mixture of serendipity and life experience has shaped Maria Graf’s path as a student, staff member and now assistant nursing professor and researcher with the University of Wisconsin Oshkosh.

Leaving behind a decade-long nursing career in her native Peru, Graf immigrated to Oshkosh 16 years ago “for love.” With the move, she gained a new family and new experiences—including a hearty introduction to Wisconsin winter.

Soon, however, she realized how much she missed her nursing career, interacting with patients and the clean smell of Pine-Sol and bleach.

Here’s where serendipity comes into play …

One day while traveling down Algoma Boulevard with her new husband, Graf noticed a sign for the College of Nursing. Soon after, she decided to show up for a visit in person to see what it was about. That day, she was greeted by Rebecca Cleveland ’73, an assistant director for undergraduate programs in CON who retired in 2019.

“She gave me advice about how to enroll in CON and get my credits to transfer, so I could prepare to take the exams necessary to practice here,” Graf explained. “I passed the first time and it all took less than two years. Today, I tell students, ‘If I can do it, you can do it.’” 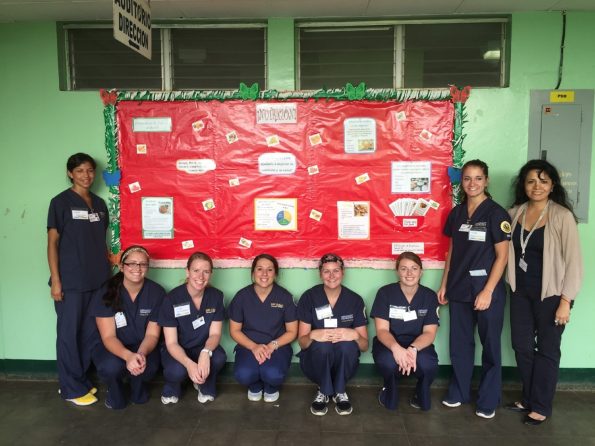 CON seniors took part in a clinical rotation in Nicaragua with Graf (right) in 2015.

Graf then started working at UWO serving in a community health clinic, teaching courses and leading study trips to India, Peru, Nicaragua and Argentina. Over the years, she continued to receive support from CON leaders for advancing her career and pursuing her plans to increase the college’s impact with international education and cultural competencies.

Often when she offered a new idea, she was met with the answer, “Let’s give it a try, Maria.”

In her work at UWO, Graf found herself drawing on her own experiences and focusing on the influence of culture on health. In 2015 she earned an MSN from UWO with a nurse educator emphasis. That year she also became the only certified advanced transcultural nurse in Wisconsin.

“As an immigrant I understand the experience of migratory people, but I also am aware that my perspective comes from a position of privilege,” Graf said. “Sometimes you have to be living outside your own culture to better understand your culture.”

Upon acceptance into the doctoral program in nursing at UW-Milwaukee, Graf narrowed her research to the mental health needs of migrant workers. She worked on her dissertation research with Lucy Mkandawire-Valhmu, a UWM nursing professor, and collected qualitative data from immigrant farm workers in the state. 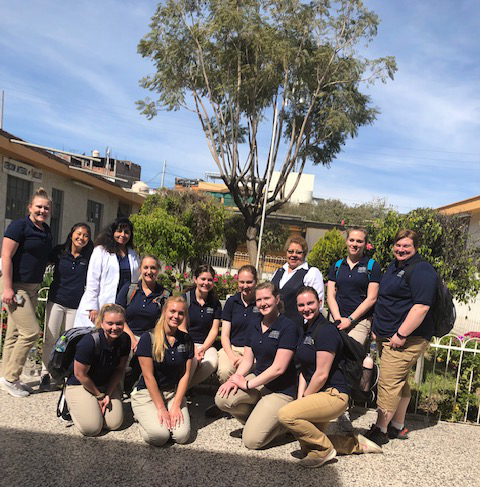 Graf (third from top left) gathered with CON seniors in a community health international clinical rotation in Peru in 2019.

During her many hours spent with the women, Graf learned about their struggles being away from home as well as the toll the work took on them mentally and physically. She now recommends that when nurses work with migrant women they should give them space to share their thoughts and treat them as “partners” in their own care.

“Many of these women are exposed to stress, violence and illness, but they don’t see themselves as victims,” she said. “They see themselves as fighters who know the value of their work. They are resilient and strong.”

Graf earned her doctorate from UWM this spring and began a new role as an assistant professor with CON in July. Meanwhile the research keeps coming, with recent or soon-to-be published peer-reviewed articles in the following journals: Violence Against Women, Journal of Addictions Nursing, International Journal of Mental Health Nursing, Journal of Experimental and Clinical Psychopharmacology and Public Health Nursing.

As Graf continues her journey with CON, she looks forward to resuming international clinicals in January 2023 that include critical interaction with nurses at other universities overseas.

“We may be working in different countries and treating different diseases, but the principles of nursing care are the same. We are a worldwide workforce.”