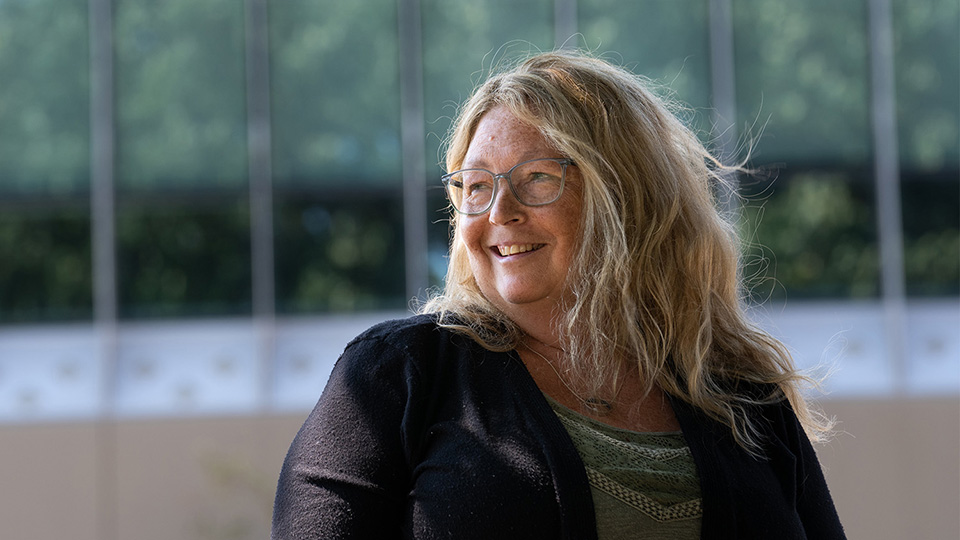 Vanderloop, of Greenville, dedicated her career to enhance the learning of undergraduate nursing students by teaching women’s health and childbearing in classroom, clinical and simulation settings. She loves working with students and co-workers describe her as encouraging, enthusiastic and dedicated.

“Patti had a huge impact on thousands of nursing students that are now practicing registered nurses throughout Wisconsin and beyond,” said Bonnie Nickasch, former interim dean and previous student of Vanderloop.

A $500 scholarship will be awarded both in the fall and the spring. Criteria include being a full-time student admitted to the traditional BSN program who has demonstrated financial need with preference to those in their third or fourth semester of the program. Vanderloop said applicants should submit a 750-word essay about overcoming hardship and how challenges were conquered and did not deter the applicant’s drive to become a nurse.

“I want it to be focused on student need. I want to honor someone who has had to face an extraordinary struggle and is a survivor!” Vanderloop said.

The scholarship was posted for the first time this fall, with awards taking place in fall and spring semesters.

Vanderloop, a two-time alumna, graduated from UWO in 1986 with a bachelor of science in nursing and earned her MSN in 1995.

During nearly all of her teaching career, Vanderloop worked in the Birth Center at ThedaCare Regional Medical Center–Appleton. She said having current experience was extremely valuable—students could trust her credibility and there were plenty of real-life examples and stories to discuss with her classes.

Vanderloop said one of the highlights of her career was development of obstetrics (OB) simulations for UWO students within the theory course. Future nurses were given hands-on opportunities to work in some of the skills of the OB specialty. They ended the semester with a high-risk scenario she said would benefit an RN in almost any setting.

Another highlight, Vanderloop said, was developing the first CON clinical in an international setting. In 2003, she took eight students to India to learn and apply community health nursing in homes, clinics and other settings.

The program grew and she started clinicals in Uganda, Peru and Nicaragua, traveling one or two times per year for 16 years. Her passion for diverse populations transferred to the Health Practices for Diverse Populations course that she developed. In 2012, she was awarded the UWO Diversity Leadership Award.

“My 29-plus years of instructing students has ended with great pride in knowing that I’ve been able to help train the next group of teachers,” she said.

If you would like to support the scholarship, send a gift directly to the UW Oshkosh Foundation. You can also make a gift online at uwo.sh/give by selecting “other” as the designation and indicating that you would like to give to the Patricia Vanderloop Scholarship.