‘I just can’t believe it’: UWO alumni reconnect more than 50 years after twirling with Marching Titans 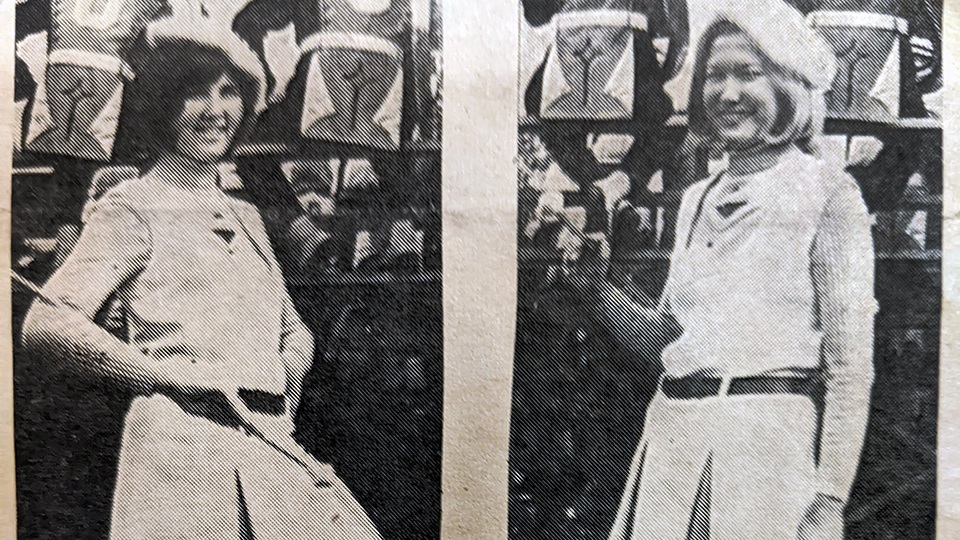 Left to right: Sherri Bingen and Janice (Graham) Koch in a September 1966 edition of the Oshkosh Advance.

You don’t necessarily have to come home to the University of Wisconsin Oshkosh to experience a little bit of the magic of Homecoming.

Such is the case for Sharon “Sherri” Bingen and Janice Koch.

The two women, who graduated in 1969 and are now into their 70s, recently reconnected and spoke for the first time in more than 50 years. And, come Homecoming weekend, they might get together on campus for the first time since they were twirlers together with the Marching Titans.

“We were talking and (realized) we twirled baton there 56 years ago,” Bingen said. “I mean that is just crazy. I just can’t believe it.”

Bingen, who was Sherri Beyer before getting married before her senior year, and Koch, who then was Janice Graham, both stayed in Wisconsin after earning their degrees from what was then Wisconsin State University-Oshkosh. Both are now enjoying retirement after having worked more than 30 years in education.

What brought the two to reconnect this summer—first by a written letter and then a phone call—was a story about the startup of the Titan Thunder Marching Band in the fall issue of Titan magazine, UW Oshkosh’s alumni and donor publication. Bingen, who grew up in Racine and now lives in Winter, Wisconsin, read the story and began to reminisce about her days in Oshkosh—and the 1967 and 1968 football seasons in particular.

“I just remember the enthusiasm and the school spirit,” Bingen said. “And I think how neat it is that (UWO is) reviving that marching tradition. I think that’s so important. I also think it encourages people not only there but to carry that enthusiasm throughout their life.”

They were a part of the Marching Titans, the University’s marching band that launched in 1962 and featured more than 100 members at times through the ‘60s and into the ‘70s. The program dissolved by 1980 and more than 40 years passed before the Titan Thunder Marching Band launched this fall. 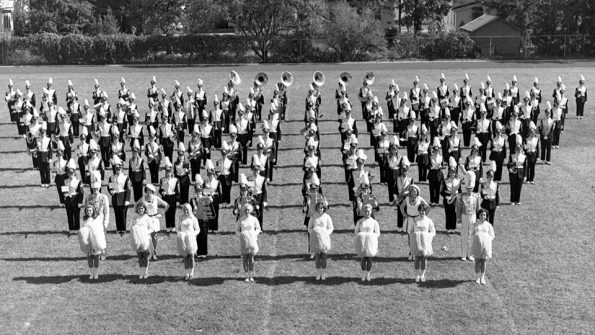 The Marching Titans circa 1969.

Like when Bingen and Koch were with the Marching Titans, the Titan Thunder has two twirlers for the inaugural year: McKayla Wallace, a first-year student from Omro on the Fox Cities campus, and Ashlyn Berndt, a Fox Valley Technical College student from Pickett. The twirlers, along with the rest of the musicians and flag corps, will be a part of the Homecoming festivities Oct. 22—including the football game vs. UW-Stout at 1:30 p.m. at J. J. Keller Field at Titan Stadium and a halftime show with UWO alumni, employees and students playing along with the Titan Thunder in celebration of the University’s long history of bands.

Koch, who grew up in the Wauwatosa area and now lives in Shawano, said she too has fond memories from her days in Oshkosh. What stands out most for her is the scene playing out most days this fall in Shapiro Park. But in those days, a field on Jackson Street is where the marching band would get in its practice reps. 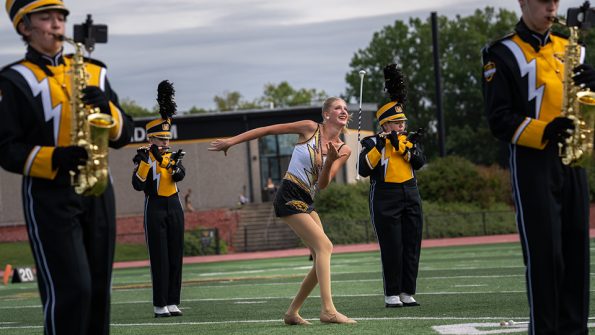 The new Titan Thunder Marching Band made its debut in September.

“I just recall nice October fall days,” Koch said, “and the sound of the band. It was a fun time, going out on the field. Practicing with the band was fun.”

Sometime after their second season together, the two women lost touch. Both met their future husbands while on campus, and in a fun coincidence, at one point Bingen began a job teaching in the Omro school district where she took over for a teacher in whose classroom Koch student taught.

The two have discussed possibly coming back to UWO for the Homecoming game. Neither could fully commit as of early October, but Bingen said she purchased a pair of gold tams—like the hats the Marching Titans twirlers wore in the late ‘60s—in case it all works out. Perhaps they’ll get to sit together and cheer on a new generation of Titan twirlers.

“It was a delightful, uplifting experience for us and everyone,” Bingen said. “It’s so good to see that being revived.”