Bloechl-Karlsen, an associate dean of students in the Dean of Students office, is the winner of the Dr. P.B. Poorman Award for Outstanding Achievement on Behalf of LGBTQ+ People.

Nicholls, an assistant professor in the anthropology, global religions and cultures department, has earned UW System’s Outstanding Women of Color in Education Award.

“Dr. Heidi Nicholls and Kiersten Karlsen are two leaders UWO is fortunate to have on staff,” said Alicia Johnson, interim University diversity officer. “Students and colleagues alike seek both out for their compassionate and inclusive guidance and support. They are fierce leaders of equity, diversity and inclusion at and beyond UWO.” 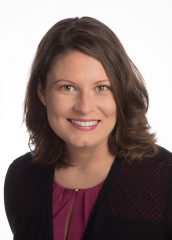 Founded in 2008, the Dr. P.B. Poorman Award for Outstanding Achievement on Behalf of LGBTQ+ People recognizes LGBTQ+ people and their allies for their important advocacy and leadership in advancing the inclusion, rights and opportunities of LGBTQ+ people on their campuses and communities.

In her role as associate dean of students, Bloechl-Karlsen works with many LGBTQ+ students. As a testament to her impact, two students asked her to speak on their behalf at the University’s Lavender Graduation this past spring.

“Through every action, word and thought, advocacy of students in general and LGBTQ+ students and students of color in specific, guides Kiersten,” said Byron Adams, interim associate vice chancellor for Academic Support of Inclusive Excellence

The Outstanding Women of Color in Education Award was created in 1994 to honor women of color from around the state for their leadership in making significant and lasting contributions to their campuses, their communities, or both. 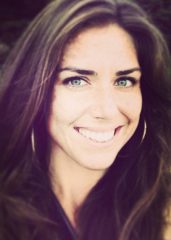 Nicholls teaches courses on diversity, tourism, indigenization, political resistance and more, for programs including anthropology, Indigenous studies, environmental studies and economics. She has championed institutional change regarding smudging rights for Indigenous/Native American students, staff and faculty on campus while educating the University community and beyond on the practice and its importance for the Indigenous community.

“Dr. Nicholls continually commits her time and energy to all minoritized, marginalized, underserved, and underrepresented students at UW Oshkosh via her role as a professor and her role as the staff adviser for the Inter-Tribal Student Council,” Adams said. “She has aided in fostering an inclusive environment for not only Indigenous students but for all students.”

Bloechl-Karlsen and Nicholls were recognized at a ceremony and reception this week at UW-Madison. The event coincided with the Board of Regents meeting in Madison.