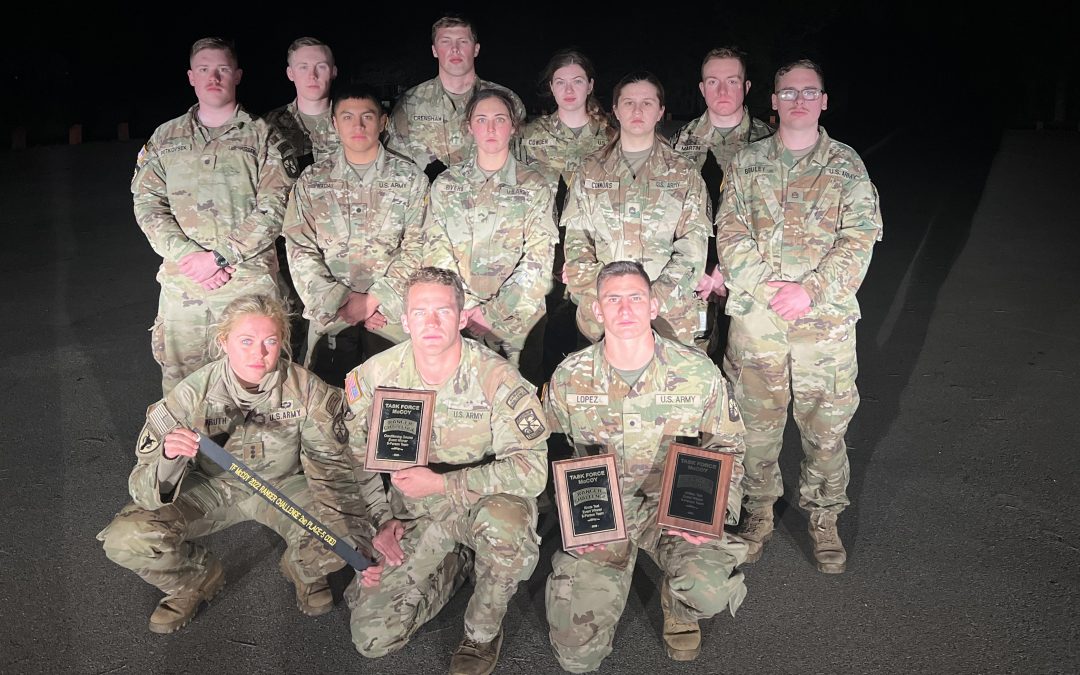 Intense training paid off for University of Wisconsin Oshkosh ROTC cadets who took second in a competition that tested them on everything from physical strength and endurance to weapons qualification and knot tying.

“We started training the first week of the semester,” said Master Sgt. Dustin Ketterl, who added that besides the ROTC cadets’ usual physical training that takes place Mondays, Wednesdays and Fridays, additional training was added on Thursdays and Sundays.

The cadets knew they were in second place after the first day of competition, but a grueling second day was ahead. It included M4 rifle and M17 pistol qualifications and a weapons re-assembly where the components of three weapons systems were placed in a box. Cadets needed to quickly determine which pieces went with each system and assemble them together.

“It was a very proud moment to know we won,” Ketterl said. “It’s important that the University knows what these cadets and the program have done.”