‘We’re going to go for it’: UWO’s creative community helps Astronomers take off 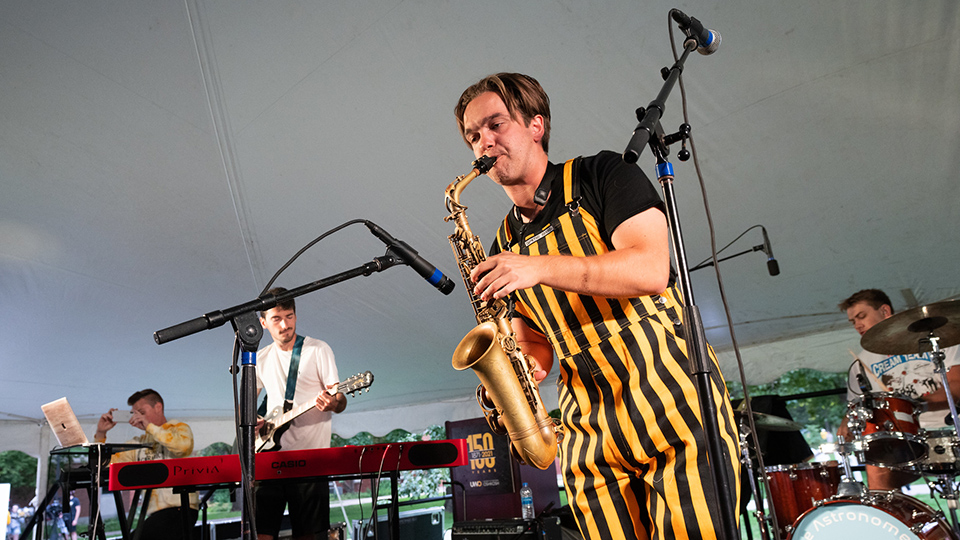 Wherever the Astronomers end up, the University of Wisconsin Oshkosh will always be where they got their start.

The duo of Michael Stensland, a senior radio TV film major, and Ben Baker, who graduated in spring with a business management degree, spent the majority of their time in college establishing and then growing music careers that will continue when Stensland leaves UW Oshkosh later this year.

An important milestone in the Astronomers’ story is coming Nov. 4, when their debut album The Occasion arrives. It’s the result of years of work inside the creative community at the University.

“We know this is going to be a big step for us because a first album from any artist is huge for its fans and its upcoming fans,” Stensland said. “We know that there’s a lot of pressure on this for it to do as well as we want it to do, but also our goal is to make this something that when people listen to this album it takes them back to the first time they heard it. We hope five years from now we have fans that say wow, The Occasion is what got the Astronomers started.” 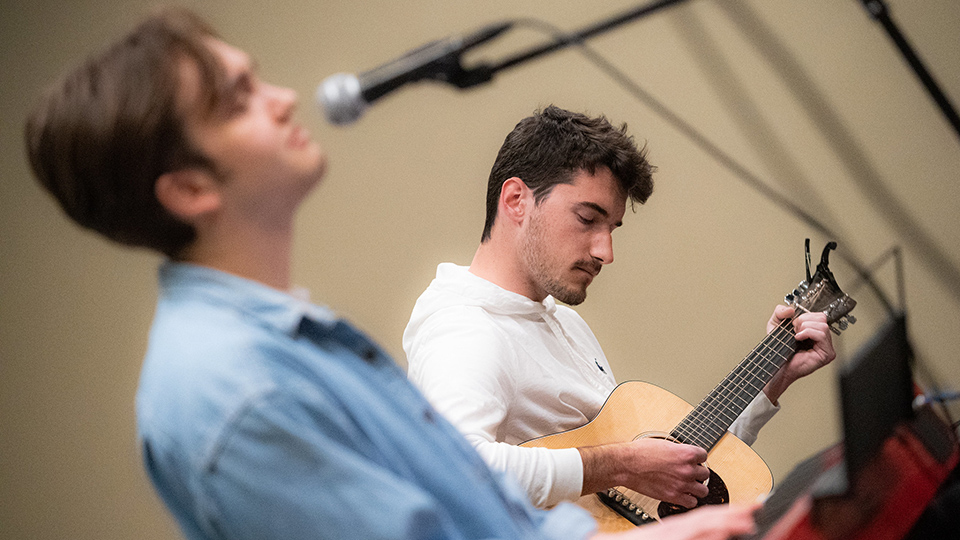 The Astronomers—Michael Stensland (left) and Ben Baker—performed in Reeve Union for a virtual audience in 2021.

Stensland and Baker both grew up in Fond du Lac and became friends in middle school jazz band. They shared a passion for music and started a band in high school that played contemporary pop covers—think the Fray, the Script, Plain White T’s and AJR—and called themselves BMC. They played mostly around Fond du Lac and that experience got them hooked on performing.

Then came college. Stensland stayed close to home, enrolling at UWO thanks in part to an early attraction to the campus. “There’s this very personal vibe that UWO gives off,” he said. “I feel like if you make an effort you can be friends with a lot of people. I was brought in by that.”

Baker, on the other hand, went off to UW-Platteville to study construction management. In his second semester there, he and Stensland began working on music together from a distance, often using FaceTime to collaborate. That summer, Stensland found himself in need of a roommate in his Horizon Village dorm and recruited Baker to transfer. The two came together under one res hall roof and the Astronomers truly clicked as a musical enterprise.

“Our motivation just absolutely skyrocketed to work on music,” Stensland remembered. “It was so difficult for us to try to work on anything when it was just Ben making the trip to UWO or us trying to FaceTime. So when we got our dorm room that year instantly the first thing we did—we didn’t go to any welcome activities, we didn’t go hang out with any of our friends that we were back with, we just sat in our dorm room and started rearranging and creating our mini-studio.”

Grinding away on campus, the Astronomers put out a string of songs—the first being “Area 51” in fall 2019—and worked to make a name for themselves on campus.

They’d planned to play live for the first time on campus on a day that would wind up being unforgettable for completely unrelated reasons: Instead of performing to a crowd of students at Titan Underground, the campus shut down because of a novel coronavirus beginning to spread around the country. Like much of society in 2020, the Astronomers playing-out aspirations were put on hold. It wasn’t until May 2021—more than a year later—that they’d finally get to play at UWO. And although they’d take the stage, the circumstances were far from typical. As part of a mostly virtual Bye Gosh Fest, the crowd was a combination of seated, socially distanced students and online onlookers.

“We still gave it 100% and had a blast, had a lot of fun,” Stensland said. “There was an older band that went to UWO that opened for us called Happy to Be Here, then we played, then there was a virtual performance by B.o.B. … I think it’s a great story of a first performance, we opened for virtual B.o.B. with a sitting crowd.”

As a sense of normalcy returned, the Astronomers kept busy playing live. Although functioning as a duo, at shows the two are joined by a friend on drums and another on bass and keys—two high school buddies from their BMC days—for added oomph. Jack Rindahl, who earned a radio TV film degree from UWO in 2021, is another important piece, serving as a manager, photographer, videographer, social media specialist and beyond. (“The question is what isn’t Jack’s role?” Stensland joked.) 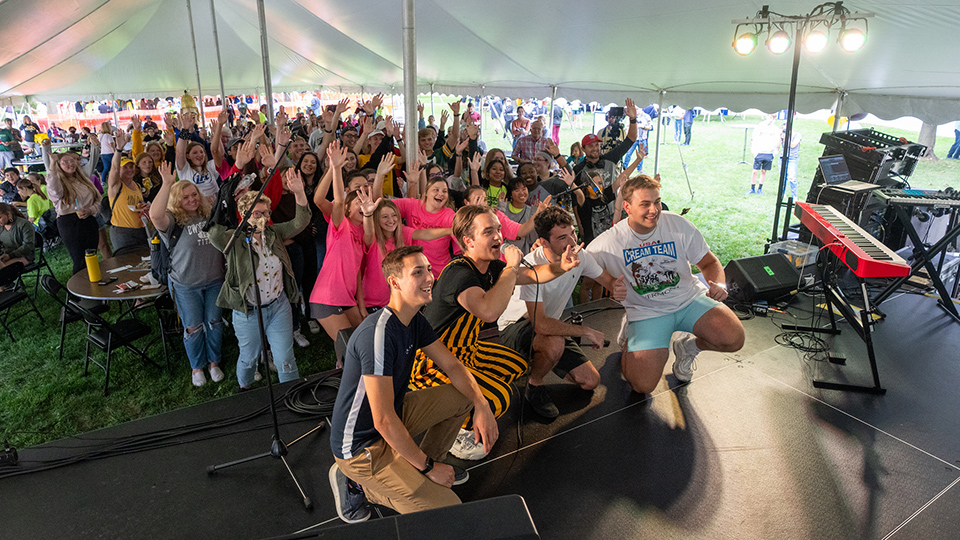 The Astronomers were among the acts featuring UWO alumni and students to perform at the Sesquicentennial Community Celebration in September 2021.

Focus on the future

Being in a creative environment like the award-winning radio TV film program at UWO has been a major benefit throughout the band’s beginning. Not just because of the opportunity to learn and practice new skills that sometimes directly translate to what the Astronomers are doing, but because of the people around day in and day out.

“It’s about who I’m around, it’s about the people I’m meeting through (the program), through these like-minded creatives,” Stensland said. “I think it has been really inspiring for me. … We’re around these people constantly—people who are hungry to be successful or creative and do things and make it work as something more than just a hobby.

“I think for me it’s the atmosphere here that’s helped the most. Just being around people that like doing the same sort of thing.”

Baker finished school, of course, and studied business. That’s just given him a different avenue to go down as the Astronomers progress. And once Stensland completes his degree, it’s on to wherever The Occasion takes them.

“Once he graduates, we told our agent all bets are off, we’re doing every show you can get us,” Baker said. “We’ve had to turn down some tour opportunities and some other show opportunities because graduation is really close and we didn’t feel like it was worth putting a halt in his college education this close. So, yeah, honestly the way we look at it is we’re young and we’re going to go for it.”