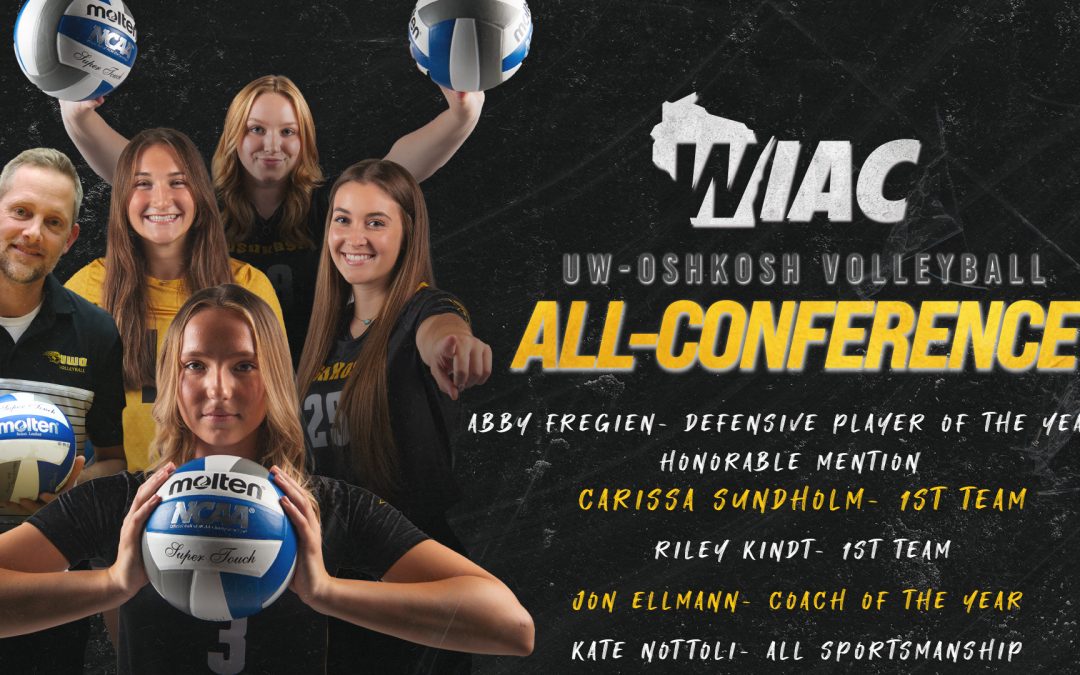 Four players and the head coach of the University of Wisconsin Oshkosh women’s volleyball team earned honors from the WIAC on Thursday afternoon.

Riley Kindt and Carissa Sundholm were named to the All-WIAC First Team for their second season in a row. Kindt, a sophomore middle blocker, recorded 340 kills with a .283 attacking percentage, 72 digs, a team-leading 95 total blocks with 18 solo blocks and 401.5 points in 34 matches in the regular season. Sundholm, a junior pin, led the team in the regular season in 441 kills with a .234 attacking percentage and 492.0 points in 34 matches. She also recorded 16 aces, 289 digs and 55 total blocks with 13 solo blocks. She surpassed 1,000 career kills on Oct. 29 against Wisconsin Lutheran College, currently sitting at 1,007 career kills. Upon reaching 1,000 kills, she became the 14th player in program history to reach the mark.

Head coach Jon Ellmann was named as the WIAC Head Coach of the Year. Ellmann coached the team to a 30-4 regular season record and won his 100th career win as head coach of the Titans on Oct. 19 against UW-Eau Claire. He is now sitting at 107-56 in five seasons at the helm in Oshkosh.

In addition to Kindt and Sundholm’s awards, Amelia Hust earned an Honorable Mention and Emma Kiekhofer was named to the All-Sportsmanship Team.