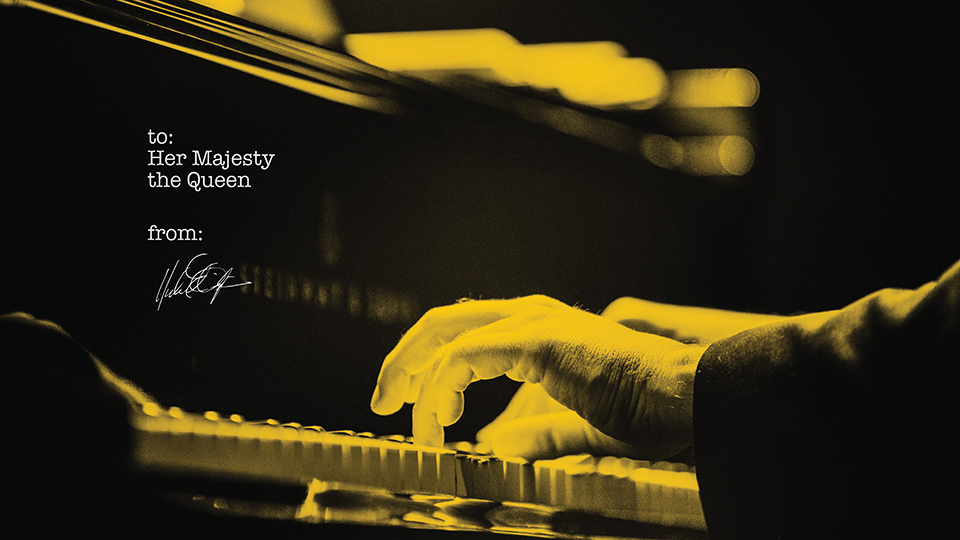 A concert next month from the University of Wisconsin Oshkosh Jazz Ensemble will feature a rare performance of music written by Duke Ellington as a gift for Queen Elizabeth II.

The program, set for 7:30 p.m. Dec. 9 in the Arts and Communications Center’s Music Hall, will include music from a variety of origins, but the most noteworthy is the work written more than 60 years ago from one icon to another.

The jazz great Ellington co-composed The Queen’s Suite with Billy Strayhorn in 1959, had one record made of it and sent it to the queen. Years later, The Queen’s Suite would appear as one of three suites on Ellington’s album The Ellington Suites. Released in 1976—two years after his death—it won the Grammy Award for Best Jazz Performance by a Big Band.

“The piece is unique in jazz in that they composed it like a symphony with six separate movements,” said Marty Robinson, UWO trumpet and jazz professor and jazz ensembles director. “There aren’t many other composers in jazz who have done that and sought to bring the feeling of ‘high art’ to jazz big band music.”

Twenty students make up the UW Oshkosh Jazz Ensemble. The Queen’s Suite performance also will feature faculty members Eli Kalman and Katie Decker for one movement—Single Petal of a Rose, the best-known part of Ellington’s composition for Her Majesty.

“This movement was written specifically for the queen and is one of the most beautiful and earnestly heartfelt jazz works ever composed,” Robinson said.

Ellington’s work took an unusual path to UWO. The written music has never been published, but Robinson has a friend who transcribed it from the original record, “literally writing every note on paper from careful listening.” Because it’s unpublished, the full six movements are rarely performed anywhere.

Reegan Van Camp, a senior music educator major, has a piece titled Lingering Momentum that also will be part of the evening. It was composed as part of his Honors project and he’ll be featured as a pianist.

The Queen’s Suite will close the first half of the program. The second half will feature the ensemble’s seniors and a modern work by composer Maria Schneider. The night concludes with a quick nod back to Ellington with a short movement from his 1960 album The Nutcracker Suite.