UW Oshkosh Titan donates marrow to save a life 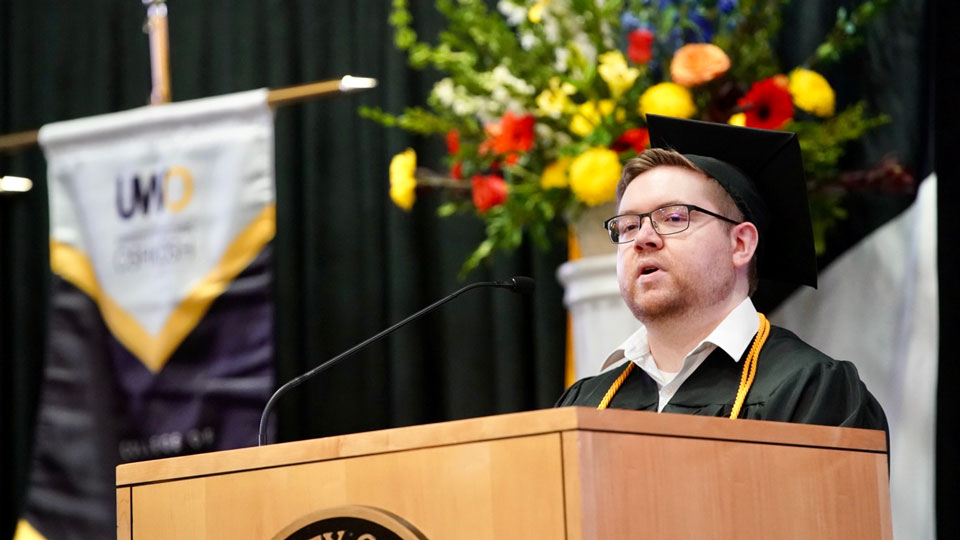 There are likely not many students—many people—who would consider a procedure or surgery good news.

Brett Kasper—in more ways than one—is not like “many people,” however. In fact, earlier this month, Kasper, who is a sophomore at the University of Wisconsin Oshkosh and the quarterback for the UW Oshkosh Titans football team, elected to have a surgery. Kasper chose to donate his bone marrow after beginning the process to become a donor through the Be The Match organization last fall.

“The week of finals last semester I got a call from the organization telling me the great news that I was a perfect match,” Kasper said. “Let’s just say I was pretty happy. Very quickly, it became clear that with this, I could save a life.”

And so, Kasper moved forward with the process with Be The Match, which is a national nonprofit organization operated by the National Marrow Donor Program that manages the largest and most diverse marrow registry in the world. Be The Match is dedicated to “helping every patient get the life-saving transplant they need.” The organization provides research, innovative technologies, and patient support and education.

Before Kasper could become a true donor, there were more screenings and tests and eventually there was the information Kasper felt like he was long waiting for—his recipient, who is a young child with lymphoma. While the Be The Match organization does not share all details of the patient, Kasper is privy to some general information about the person on the other side, which speaks to his heart. Kasper someday is hopeful he’ll get to even meet the patient.

“When they start to tell you about the patient, the person, it makes it really real,” Kasper said.

“The ultimate goal is for everyone who joins the registry to be committed to donating to a patient in need if called as a match. Brett is a leading example of someone who understood right from the start what could be asked of him. His commitment gave this patient another chance,” said Kelli VanderWielen, community engagement representative at the Community Blood Center, which works with the national Be The Match organization. “That choice to move forward takes courage.”

At UW Oshkosh, Kasper’s teammates and coaches have been unbelievably supportive, he said.

“Brett is committed to Be The Match and we are extremely proud of his courage, selflessness and the commitment he’s made to help a family,” said UW Oshkosh Head Football Coach Pat Cerroni.  “I am hopeful Brett’s experience will raise awareness to help Be The Match build their registry for future donors.”

VanderWielen said donations from young people, like Kasper, are so important. Recipients especially need marrow donors between the ages of 18 and 44, she said. The campus Be The Match student organization has done an incredible job of recruiting donors; Kasper wouldn’t be on the registry without the work of the student organization, she said.

“More than 90 percent of the time, physicians choose younger donors for transplants, which is why young and willing donors are so important,” VanderWielen said.

Kasper said the procedure itself was actually pretty simple. The days that followed were not too bad, either, he said; he compared his symptoms to that of a “sore back.”

“If the fear of pain is what keeps people from joining the registry, that should not be a worry at all,” he said. “I did not even have to stay overnight in the hospital.”

Now that the donation is complete, Kasper said he feels a sense of relief.

“I’m glad I went through with it,” he said. “It’s a sense of relief and a sense of accomplishment now that it’s over. I am hopeful this truly will help save a life.”

VanderWielen also feels a sense of pride now that Kasper’s donation is complete.

“Brett is truly a leader on and off the field. Brett’s commitment to the organization and the donation means hope for a patient, for someone who truly needs it,” she said. “To be where we are today—to have the quarterback of the Titans football team be the donor—that’s truly incredible and awesome.”

Another Be The Match drive will be held on the UW Oshkosh campus April 8 and 9. Kasper and VanderWielen encourage all to get swabbed and find out if they are a match, which could possibly lead to another life saved.

“We so blessed that we have been able to work with Coach Cerroni and Titans athletic teams to extend our reach and motivate such leaders to become a part of our registry—we are forever grateful and looking forward to the future,” VanderWielen said.