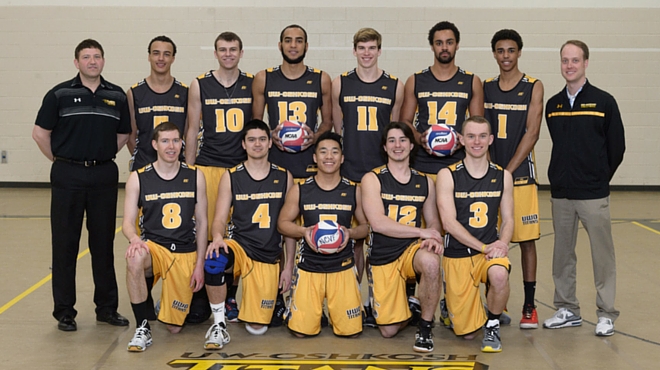 With more than 5,000 spectators in attendance, the Titans defeated Penn State University in a three-set match. The Titans went 9-0 during the championship.

“It is a surreal feeling that never gets old and I am extremely proud of these fine young men,” said Brian Schaefer, UW-Oshkosh men’s volleyball coach.

UWO joins the University of California-Berkley with six Division I national titles, the most held by any other university.

“Team chemistry is a big part of every sport and we have a ton on this team. They dug deep to win for each other and took home another national championship,” said Schaefer.

“It felt amazing, unbelievable! It’s something that is hard to put into words. The only way to describe it is by seeing how everyone reacted when that final point happened and we won the match,” said Travis Hudson, UW-Oshkosh men’s volleyball player.

With the victory, the Titans remain a consistent title contender every year and finished third or better at the national tournament in 10 of the last 12 years.

“We use the slogan ‘Tradition Driven’ when talking about our program,” Schaefer said. “The alumni care about our team as much as our team cares about our alumni. We have built something special at Oshkosh and it is a honor to be part of something so tremendous.”

The UWO men’s club volleyball team is a part of the Wisconsin Volleyball Conference (WVC) that was founded in 1992. Throughout the past 24 years, the WVC has gained 15 national championships and nine runner-up trophies.