USP project to be featured at Milwaukee Irish Fest 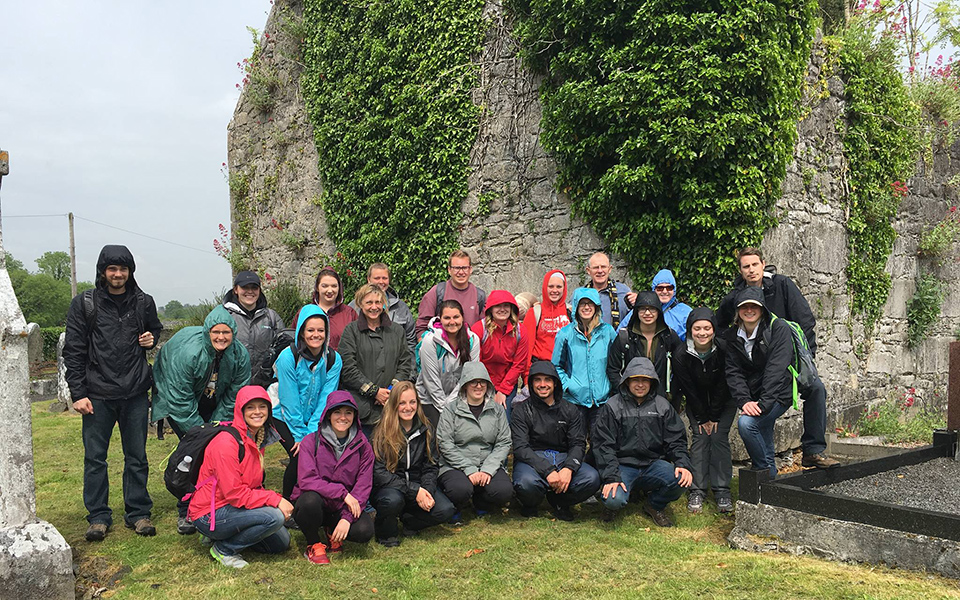 A community engagement project that began as a requirement for a general education class at the University of Wisconsin Oshkosh will be featured at Milwaukee Irish Fest.

“Exploring Historic Graves in Ireland” will be on display Aug. 18 through 21 in the festival’s popular Irish genealogy tent. The exhibit features four large grave stones modeled after the early 18th and 19th century stones students encountered in Ireland. The exhibit invites visitors to try their hand at reading gravestone text obscured by age.

The Quest III study tour to Ireland is part of the UW Oshkosh general education program—University Studies Program (USP).  For two years, Quest III students have traveled to Ireland to work with archaeologists John Tierney of Historic Graves and Christy Cunniffe of the Galway County Council. Historic Graves uses knowledge of families stretching back generations to locate graveyards and understand their historical significance to the community.

The USP program is UW Oshkosh’s innovative way of delivering general education. It’s made up of Explore courses that encourage students to “try on” many different disciplines, and special Quest courses that introduce students to campus life, college expectations and community engagement.

“The University Studies Program is designed for students to see the connections between the subjects in general education,” said Marguerite Helmer, english professor.

As part of the UW Oshkosh class, 41 UW Oshkosh students spoke with families whose ancestors lived on the same land for 300 years, recording names, dates and locations of more than 700 graves in the towns of Ardrahan, Kilconieran, and Kiltartan, County Galway. As part of the built environment, the gravestones offer evidence of  long-lived communities, despite environmental and political changes in Ireland.

Irish Fest is the largest Irish music and cultural festival in the United States, bringing an estimated 115,000 visitors to the grounds of the Henry Maier Festival Park each year, which is why Helmers is so proud to have the work of her students featured.