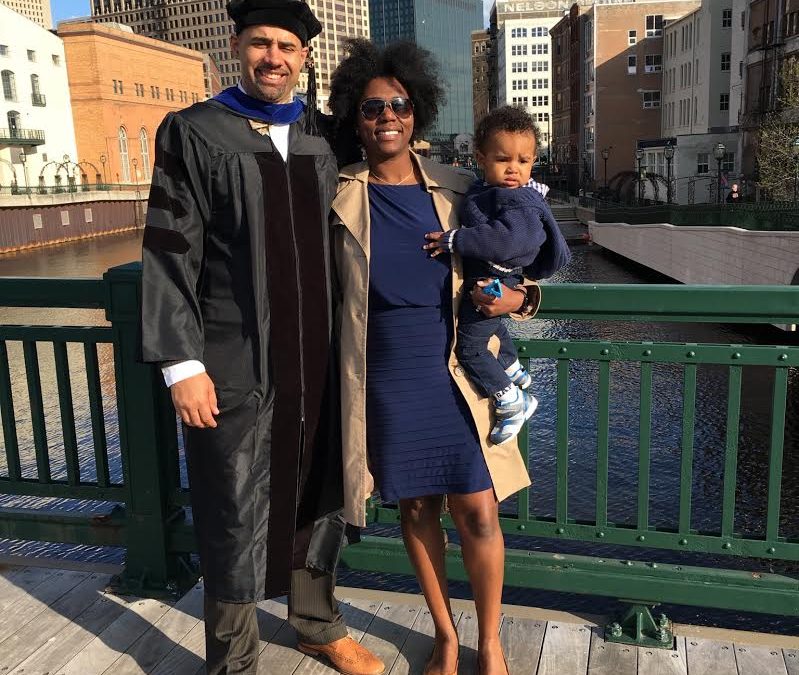 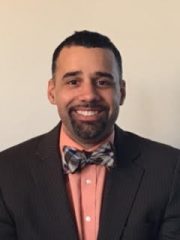 Despite his limitations, he graduated from the University of Wisconsin Oshkosh with a human services bachelor’s degree in 2002. Five years later, he earned his master’s and in 2015, his doctorate.

Today, he works as a dyslexia consultant and researcher at Pure and Complete Phonics, LLC.

“Dr. Shawn Robinson is an emerging scholar who is beginning to gain national prominence. His research is cutting-edge, combining theoretical and practical considerations that speak to scholars and practitioners,” said Richard McGregory ’90, director of the Center for the Study of Black Students with the Office of National Black Student Union.

“Dr. Robinson is approachable and amendable to utilizing his expertise to engage students who are often marginalized–underrepresented minority males, incarcerated citizens and individuals with learning disabilities,” he said.

Throughout high school, Robinson’s frustrations with literacy resulted in negative behaviors, which led many to believe he wasn’t college material. Instead of accepting that misguided fate, he focused on his dream—attending college. 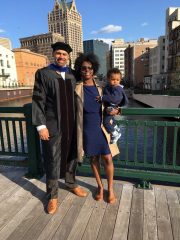 During his freshman year at UW Oshkosh, Robinson was introduced to the Project Success Program—a remedial program that helps students with language-based learning disabilities.

Through the program, Robinson learned his struggles were a result of dyslexia. Once he came to understand his limitations, his tenacity took over, and he started to learn in his own style.

It was during this time that he went from a self-described oppressive state of low literacy skills to a consciousness state of a free-thinking man in which he saw himself as an agent of change.

“I beat the odds as a Black male with dyslexia in special education,” Robinson said. “For all my UWO experiences, I am forever thankful for those that paved the way before me, and now it is my turn to reach back and pull others through.”

Robinson uses his journey and his experience to give back and make a difference in the lives of countless others. His research and advocacy focuses on the link between illiteracy and racial bias. Shortly after earning his doctorate in 2015, Robinson was invited to the White House to speak to the Obama’s administration My Brother’s Keeper program.

Robinson has received numerous awards and honors, including the Research Advocacy Culture and Education (R.A.C.E.) Mentoring Award. He was named 2005 Allstate Insurance Educator of the Year. Also, he volunteers with Special Olympics and as a guest speaker at local middle and high schools.

For more information about UWO alumni awards or to RSVP for the Alumni Awards Celebration on Friday, Oct. 21, visit uwosh.edu/alumni/alumni-awards or send an email to alumni@uwosh.edu.