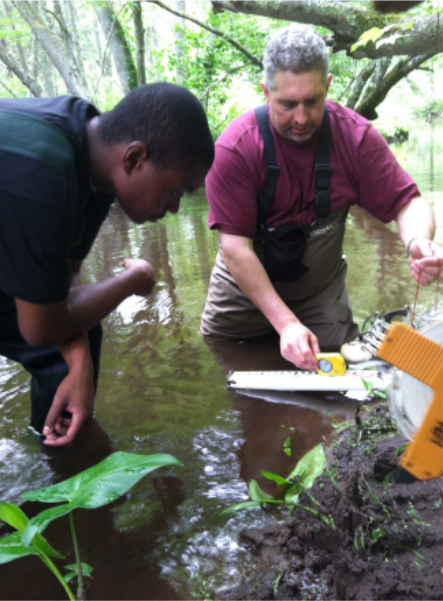 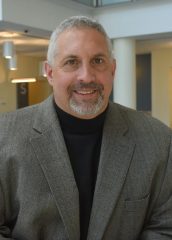 As a professor and mentor, University of Wisconsin Oshkosh alumnus Alan Christian ’92, of Quincy, Massachusetts, has positively impacted dozens of undergraduate and graduate students.

While Christian served as a post-doctoral scholar at Arkansas State University, he mentored students and conducted state and federal-funded research on ecology, conservation and management of freshwater systems. He currently directs the environmental studies program at the University of Massachusetts.

These accomplishments have earned Christian a 2016 Distinguished Alumni Award, which will be presented at the annual Alumni Awards Celebration as part of 2016 Homecoming festivities Oct. 21.

From his time at UWO studying biological sciences through his doctoral program, he attended college for 15 years.

John Dobyns, a friend of Christian’s who also majored in biology at UW Oshkosh, said Christian was always the hardest working student in the room and his drive to succeed continued throughout his academic career at Arkansas State University.

“Hard-working and committed, he became the go-to grad student in his department,” Dobyns said. “His work on Unionidae mussels in the White River of Arkansas was both academically interesting and commercially important.”

Christian is a member of several professional associations, including the American Association of Limnology and Oceanography, Association for Environmental Studies and Science, Freshwater Mollusk Conservation Society and the Society for Freshwater Science.

Arthur E. Bogan, research curator of mollusks at the North Carolina Museum of Natural Sciences, said Christian has made an impact on many students, as he mentored the work on 24 undergraduate theses and 30 undergraduate independent research projects. He also has been a chair on master’s and doctoral committees. 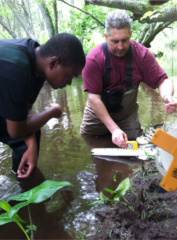 Christian said he is proud of the work he has done mentoring his undergraduate and graduate students.

Christian said his time at UWO was pivotal to his personal and professional development.

“Now as a professor, I can say that all of my experiences being a mentor, educator and serving my community, institution, profession and global society have shaped who I am personally and professionally and how I view my role as a professor ,” Christian said.

For more information about the Alumni Awards Celebration, please contact the UW Oshkosh Alumni Relations Office at (920) 424-3449 or send an email to alumni@uwosh.edu.