Student struggles for her life and overcomes with a nursing degree 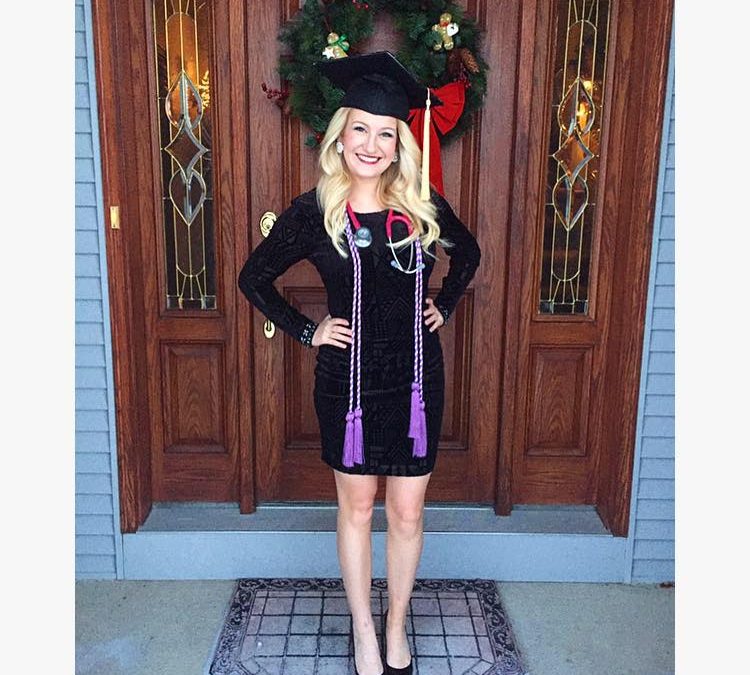 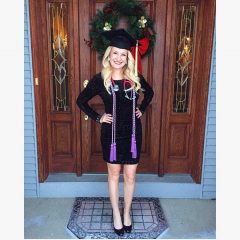 On Saturday, Jan. 21, a University of Wisconsin Oshkosh College of Nursing student will be among the graduates to walk across the stage at commencement. While many students overcome obstacles to earn their degrees, Hanna Jonsson’s struggle involved a life-threatening autoimmune disease called Granulomatosis with Polyangiitis (GPA).

“Half way through my Junior I year of the nursing program, I became suddenly ill with a life-threatening autoimmune disease called GPA,” Jonsson said. “I was flight lifted to St. Luke’s Hospital in Milwaukee where I would fight for my life.”

GPA is a rare disease that is a type of vasculitis or inflammation of the blood vessels. The inflammation limits the flow of blood to important organs, causing damage. It can affect any organ, but it mainly affects the sinuses, nose, trachea, lungs and kidneys.

Jonsson’s body went into acute respiratory distress syndrome followed by multiple system organ failures and was kept alive by multiple machines. Her lungs were hemorrhaging and were not able to provide adequate oxygen to her body. Jonsson received ECMO therapy, a treatment that is intended for patients whose heart and lungs aren’t able to function normally on their own.

The next seven weeks in the hospital proved to be long and tiring for Jonsson. Treatments left her body depleted and relearning to walk and write was challenging. Jonsson spent her days going to physical and occupational therapy as well as hitting the books to catch up with her nursing studies.

“My classmates and professors were so supportive during this time. I received many encouraging letters and notes from nursing students from my own class as well as classes above and below me,” Jonsson said. “Staff and faculty wrote notes and letters and even made meals for my family.”

UW Oshkosh CON faculty and staff played a crucial role in Jonsson’s success and ability to finish her nursing degree. Laura Smolinski,  an instructional staff member, personally met with Jonsson to create a plan to get her back on track with her studies. Smolinski worked with Jonsson’s circumstances and created an environment that would help her succeed.

“Hanna’s story touched my heart—she overcame incredible odds just to survive. As she was being flight lifted to Milwaukee, she articulated worry about an upcoming exam. As she was recovering, one of the first things she said was how nervous she was about making up her coursework,” Smolinski said.

Donna Hawley was another supportive instructional staff member who helped with Jonsson’s success. Hawley allowed Jonsson to jump in and complete her clinical experiences over the summer.

“It’s crazy to look back on it all and know that I am where I am today because of the huge role Laura Smolinski and Donna Hawley played. They always say that the CON is like a huge family, and it’s true, it’s absolutely true. You spend your best and worst days with them and at the end of it all, everyone is still there encouraging and supporting you,” Jonsson said.

Jonsson will be walking in the midyear commencement ceremony on Saturday. After commencement, the Oshkosh resident will move to the Dallas/Fort Worth area, where she will begin her nursing career in the Telemetry Unit of Texas Health Harris Methodist Hospital.

“I love everything cardiac and couldn’t be more excited! I would love to someday be a nurse practitioner in an intensive care unit providing care to those who might be in a similar situation that I once was,” Jonsson said.