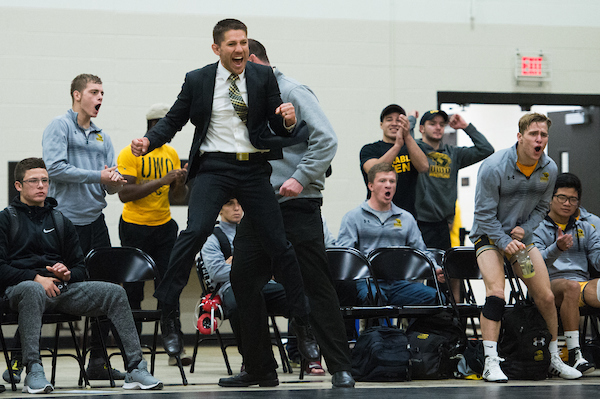 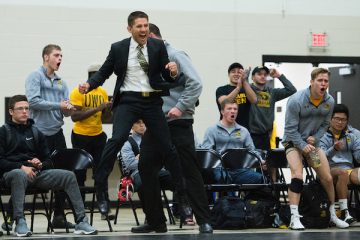 In October of 2016, the Academic Game Plan, which promotes the cooperation between academics and athletics, was introduced at the University of Wisconsin Oshkosh.

The initiative, which was spearheaded by Director of Athletics Darryl Sims and Faculty Athletic Representative and Political Science Department Chair Druscilla Scribner, adheres to the NCAA III philosophy as well as allows faculty to connect with student-athletes to help them find success academically while also finding success athletically. For the first wave of the Athletic Game Plan initiative, five sports were chosen to participate: men’s swimming, wrestling, women’s tennis, women’s volleyball and women’s golf.

The wrestling program has seen a lot of success from the Athletic Game Plan, especially in three key areas outlined by head coach Efrain Ayala. Communication, relations and academics have all seen improvements since his team began participating in the Academic Game Plan initiative.

There are three faculty fellows for the UWO wrestling team, all of who have contributed to the initial success of this program. Wrestling was allotted three faculty members because of the size of the team, which allowed each fellow to have a smaller number of student-athletes to focus on.

Faculty fellows include Dr. Norlisha Crawford, associate professor of English and director of the African American Studies Program since 2006; Dr. Crystal Mueller, developmental writing coordinator, English senior lecturer and director of Writing Center since 2006; and Dr. Dan Schmidt, exercise and fitness program director and department co-chair since 1997, who wanted to be a part of this initiative because wrestling means something more to him.

“My job is to work with and help students and this group is close to my heart because of my background,” said Schmidt, who wrestled collegiately at UW-Stevens Point. “It’s an atmosphere I like and it’s personal for me. It’s like a brotherhood.”

The fellows believe the program has found so much initial success because of the focus it takes to compete collegiately while also striving to obtain a degree.

“The most successful students are those who combine the two and my overall goal as a faculty member is to mentor as many students as possible,” Crawford said. “This program helps student-athletes understand at a micro level what it means to be a student at UW Oshkosh.”

All three UWO faculty members believe that Ayala is key in this process. Ayala is a coach who truly cares about both the athletic and academic successes of his student-athletes–as well as helping to shape the team into well-rounded, functioning members of society.

“That link between coach and the academic side of campus is what has made the difference,” Mueller said. “Communication with Efrain has been key.”

With the initial success of this program, the University hopes to continue the Academic Game Plan. By the 2018-2019 academic year, the goal is for all sports to be integrated into the initiative.