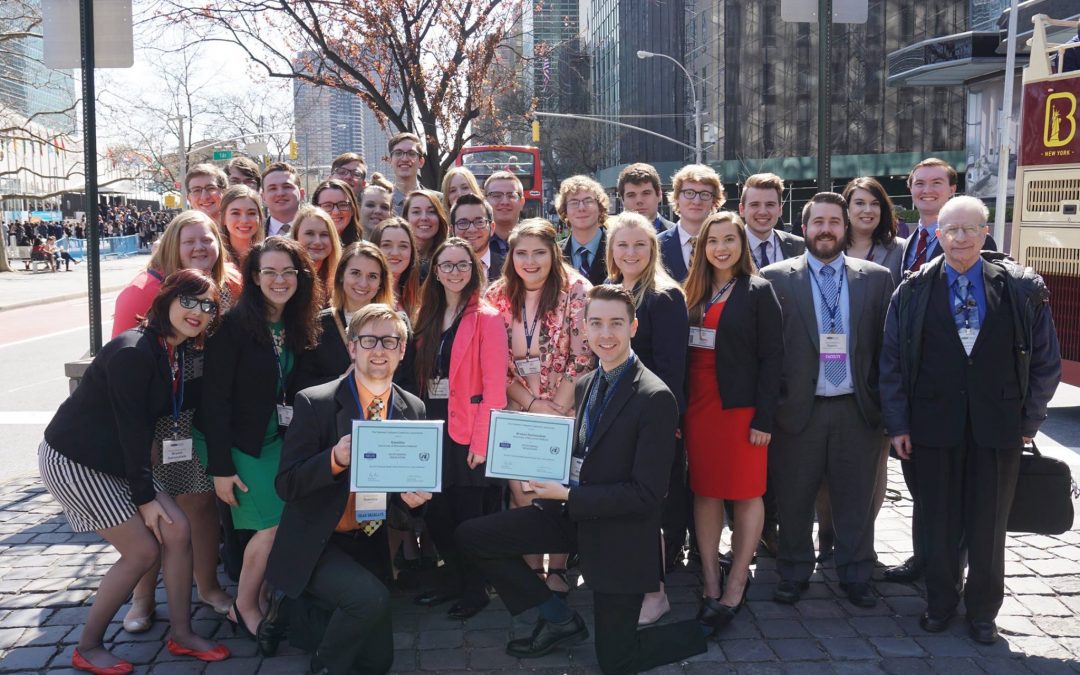 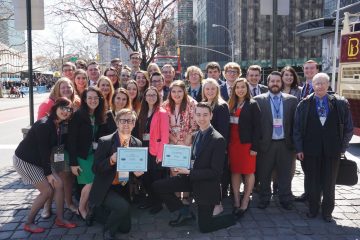 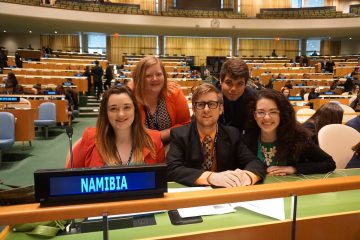 In addition to the team awards, UW Oshkosh delegates were named as the Outstanding Delegates in six of the nine committees on which Namibia was represented. UW Oshkosh students also won seven position paper awards.

More than 6,500 student competitors from 180 universities in 47 countries on six continents were involved in the week long 2017 competition. Student delegates debated and negotiated agreements regarding a wide range of current issues from the agenda of the real UN, covering political, economic, social, financial, and environmental topics, using the same rooms and facilities in which the global diplomats at the United Nations negotiate agreements on these same issues. The concluding General Assembly was held in the Great Hall at UN Headquarters.

Students are judged on their diplomatic and negotiating skills, their ability to write accurate legal documents that embody the agreements reached, the accuracy with which they represent their respective nations, their knowledge of global issues, their familiarity with the United Nations system and its procedures, practices, bodies, and committees, and their speaking ability.

“Once again UW Oshkosh students clearly stood out among their peers from universities throughout the world in their knowledge of international affairs and the diplomatic process in continuing their record of excellence maintained over 33 years,” Kenneth J. Grieb, coordinator of International Studies and faculty adviser for the UW Oshkosh Model United Nations Team, said.

A previous version of this article stated that 2017 was the fifth consecutive year that UW Oshkosh students represented two countries and received two Outstanding Delegation Awards. It was actually the sixth consectutive year.