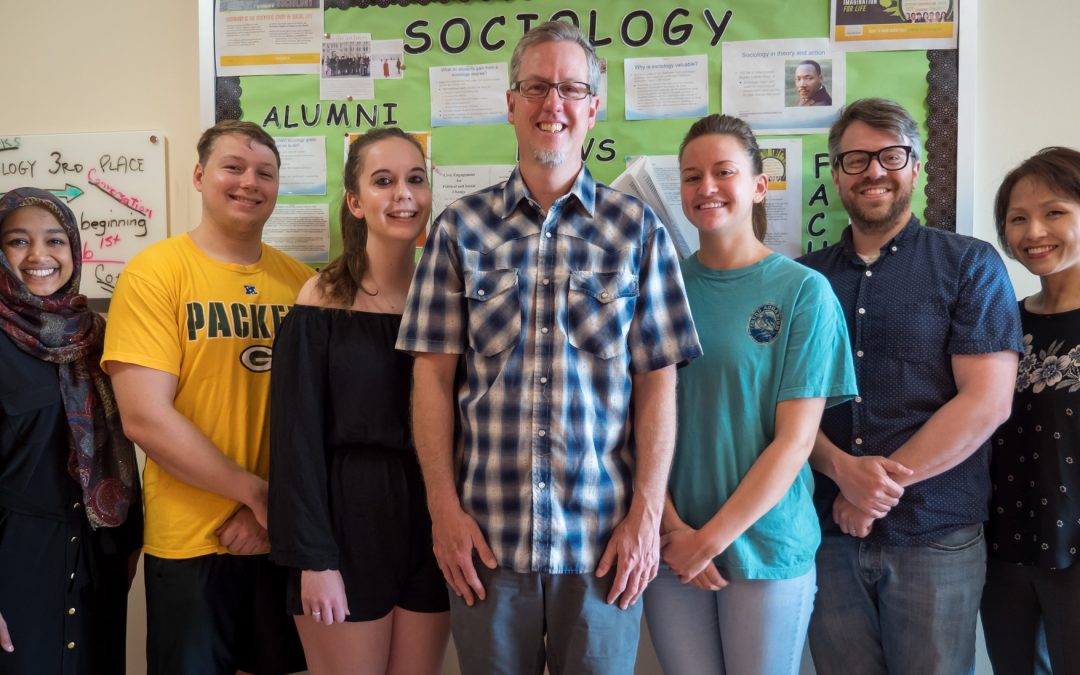 A team of University of Wisconsin Oshkosh sociology faculty and students are embarking on leading-edge research into the successes and challenges of refugee resettlement.

Paul Van Auken, associate professor of sociology and environmental studies, received $50,000 in funding under the 2017-218 Applied Research Grant program for his research project, Finding Their Place: A Comparative Study of Refugee Resettlement in Local Communities and Economics. The grant is from the nonprofit WiSys Technology Foundation, which supports research throughout the UW System. 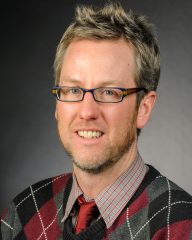 Van Auken points out that the city of Oshkosh is second only to Milwaukee for the numbers of refugees resettling—he refers to them as Residents with Refugee Backgrounds, or RRBs. There have been 760 RRBs placed in the Fox Valley since World Relief Fox Valley—a refugee resettlement agency—opened its doors in 2012, with 545 settling in Oshkosh.

Defined as people who fled their country because of persecution, war or violence, RRBs are fearful of persecution for reasons of race, religion, nationality, political opinion or membership in a social group.

Research on the topic has not been done previously so the findings will be important in terms of improving general resettlement practices and infrastructure.

Van Auken said the project is a good fit for his students.

“These are the big concepts we talk about in class,” he said of immigration and refugee issues that include a negative stigma. He wants to tie the research to local situations as much as possible so students can find it relevant.

“We discuss diversity, oppression, individualism of American society and other elements of our culture compared to other cultures in a lot of our sociology courses, but when students get to experience these issues first-hand—and hear amazing stories such as those of our local RRBs directly from them—it makes concepts pop and really brings the reality of these issues to life,” Van Auken said.

In addition to Oshkosh, surveys and interviews of RRBs will be done in nearby cities of Milwaukee and Madison and in Seattle, Washington. Samina Hossain, a doctoral student in sociology from UW-Madison, will lead the Madison effort as well as in her home community of Seattle, Washington, during breaks from grad school. 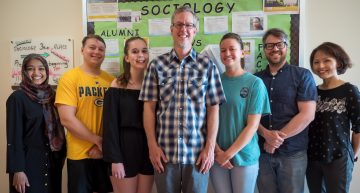 There will be efforts to photograph the RRBs—putting a face with a name—but Van Auken noted that photo requests are not always granted.

UW Oshkosh sociology colleagues Jeremiah Bohr and Juyeon Son helped develop the survey in collaboration with the Resettlement Task Force as well as other elements of the research design. They will collaborate on analysis of the survey data when it is collected.

Research will continue until June 2018. Van Auken hopes findings will help explain problems RRBs face with attaching to local workforces and feelings on social isolation. The goal is to collect 75-100 surveys from RRBs in each study location and to conduct in-depth interviews with 20-25 RRBs in each location to record their migration and resettlement stories in more qualitative detail.

In-depth interviews with 10-15 service providers in each area will help better understand their experiences working with RRBs. 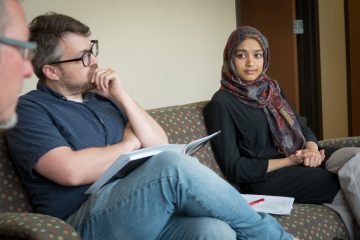 Van Auken and his research team intend to create a traveling photo exhibit to be presented in galleries in each study area. The exhibit will include background information, including research questions and information about the participants.

He believes interested leaders and community members will be able to learn a good deal about the RRB experience by viewing the exhibit.

Additionally, he hopes to achieve a couple of resettlement “milestones” as a result of the project.

The first would be development of a community hub that would bring together leaders representing workforce development, education, entrepreneurial development and community-building programs and opportunities. A second milestone will be creation of a “tool kit of best practices” for successful RRB resettlement, based on the research. He envisions ways to provide basic language classes and basic job training. Beyond the isolation RRBs can feel, there is a lack of physical space to meet and interact.

“How can we give them a place to do that?” Van Auken wondered.

Van Auken said the team plans to have the written guide and professional presentation in place by August 2018. 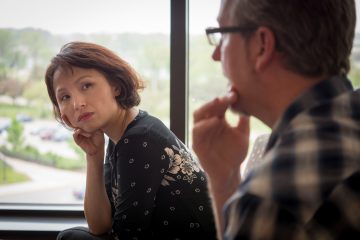 Van Auken said he has a personal interest in resettlement and an international outlook on matters. His mother is from Norway and he and his wife have adopted two daughters from Ethiopia.

“I’ve studied migration issues,” he said. “This is kind of an ideal project.”

Tami McLaughlin, executive director of World Relief Fox Valley, an agency that oversees the bulk of refugee resettlement in the area, said she is looking forward to seeing what the research shows.

Are there gaps in service? Maybe, but she believes it will show some great successes.

“I hope it paints a robust picture of what resettlement is here,” she said.

World Relief Fox Valley was started in 2012. The agency has a staff of 10 that is split between offices in Appleton and Oshkosh.

McLaughlin said she is thankful for Van Auken’s involvement and the partnership with UW Oshkosh.

“Quite a few of our interns are students from UWO,” she said. “We cherish the relationship.”

Interns, she said, bring a lot of energy and ideas, and “hopefully they learn too.” 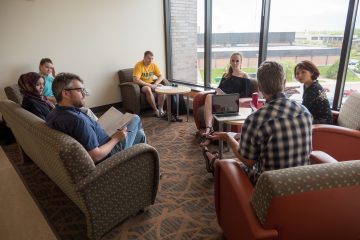 Reception and placement is the focus over the first 90 days, when World Relief works to stabilize a refugee’s life. Arriving with only a bag or two of possessions, the most basic needs must be addressed. Housing, transportation and school enrollment/English classes are several of the top needs for new RRBs.

After 90 days, the agency works toward employment—helping the RRB become self-sufficient.

“Every arrival is different,” McLaughlin said. “Some have a couple of bags, some not much.”

Federal guidelines direct the agency on its response.

“Every refugee, no matter if they arrive in Appleton, Chicago or Seattle, Washington, are receiving the same services,” McLaughlin said, adding that refugees have gone through a security process overseas that has taken 18 months to three years.

“I know many of the refugees and I see them as people who have endured so much,” she said. “I hope they feel welcome and valued. It’s an honor to be able to serve them.”