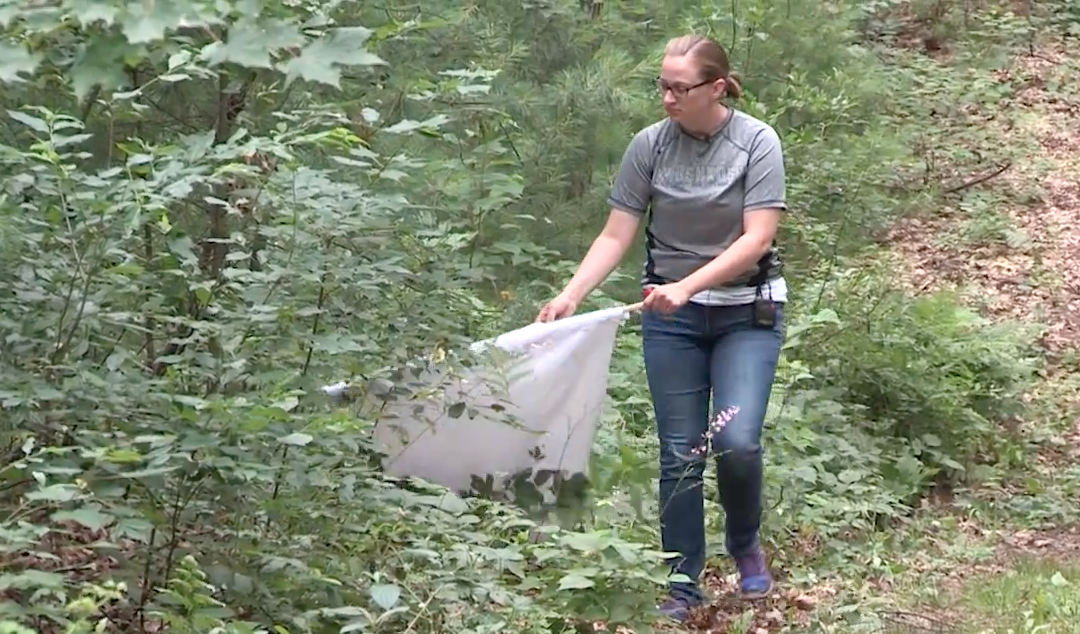 University of Wisconsin Oshkosh microbiology graduate student Amanda Prigan is not used to working in the field. However, when she and other students embarked on a survey of tick-borne pathogens in Wisconsin, she found herself where she never expected to be … performing microbiology research in the forest.

Prigan’s objective in the field is to collect ticks and use them to determine the prevalence rates for Lyme disease and other microbes in a park in Wisconsin.

One way in which Prigan and her team collect ticks is by using a method called flagging. Flagging requires a researcher to drag a very soft white cloth around in fields and brush. Ticks mistake the flag for a potential host and cling to it when it passes them.

“We collected 150 ticks one day just using that method,” Prigan said. “They climb on there and they latch on and we just pick ’em right off with the tweezers.”

Later, in the lab, Prigan and her team dry the ticks for up to a week and extract their DNA. They test the extracted DNA to confirm that it comes from a deer tick, or Ixodes scapularis, and they test the DNA for the presence of Lyme disease or any of the other target microbes they are studying.

Prigan is a laboratorian at heart.

“I’m used to being in the hospital, in the basement, [with] no windows or anything,” she said.

Prigan’s research has pushed her out of her comfort zone by requiring her to work in the woods every morning. She says the field work she does, in addition to the personal relationships she has made with her advisers, is one of her favorite parts of her research.

“I’ve really enjoyed it. I like being outside,” she said.