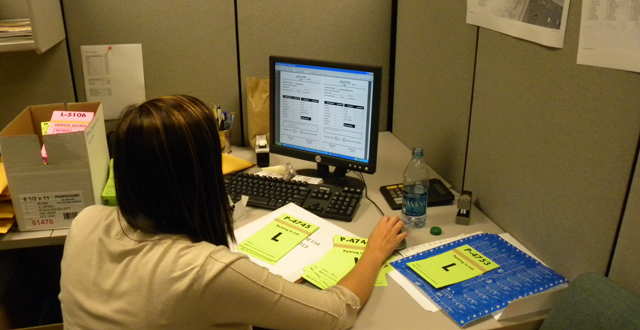 AirVenture is the world’s largest annual fly-in gathering and one of Wisconsin’s tourism crown jewels–it is also an economic powerhouse for the state.

The UW Oshkosh Business Success Center conducted the study during EAA AirVenture Oshkosh 2017, which was held July 24-30 at Wittman Regional Airport in Oshkosh.

David Fuller from the UW Oshkosh Department of Economics led the study team, which surveyed hundreds of guests and exhibitors regarding their spending patterns during the weeklong event.

“The thorough, independent review of EAA AirVenture’s regional economic impact fortified what many understood for a long time–that hundreds of businesses and thousands of individuals benefit from the presence of this world-renowned event in Oshkosh,” said Jack J. Pelton, CEO and Chairman of the Experimental Aircraft Association, which hosts the fly-in. “When the world comes to Oshkosh and Wisconsin’s Fox Valley region each year, residents of the state all win through additional business income, new jobs, and direct tax revenue to local governments.”

“As we reviewed the data, it created a clear picture of the tremendous economic benefit of EAA AirVenture to the Fox Valley region, as well as benefits to areas one might not expect, such as financial services, health care, and professional services,” Fuller said. “This economic impact has grown faster than the rate of inflation over the past decade, indicating the event’s effect on the regional economy has grown considerably.”

The benefit to Wisconsin is magnified as approximately 70 percent of all AirVenture attendees come from outside the state, bringing “new money” to Wisconsin. Lodging and camping account for 35 percent of the average daily spending per day for each visitor, and includes those staying in hotels, campgrounds, college dormitories, and private housing. Food, entertainment, clothing/retail, and fuel are also major benefactors of the economic impact, along with unexpected spending in such areas as event staffing, landscaping, and many other linked industries.

“EAA AirVenture is a major reason that Oshkosh is branded as ‘Wisconsin’s Event City,’” said Amy Albright, executive director of the Oshkosh Convention and Visitors Bureau. “This new information reinforces the impact that AirVenture has on the city and the surrounding region, and brings worldwide visibility to Oshkosh.”

With a total attendance of 590,000 from 80 countries this year, EAA AirVenture Oshkosh remains one of Wisconsin’s largest annual tourism attractions. Although the comprehensive study tracked only economic impact inside the five-county Fox Valley region, cities and counties throughout Wisconsin benefit from the annual EAA convention.

“The results of this study show that the overwhelming economic benefits of EAA AirVenture are not on the event grounds itself, but in the businesses and communities of the Fox Valley region and Wisconsin,” Pelton said. “We know that Wisconsin’s leaders and policymakers understand the value of having this event in the state. We will continue striving to make the attendee experience even better, so our state and region and can see even more benefits in the future.”

Submitted by EAA. Faculty, staff and students are encouraged to contribute calendar items, campus announcements and other good news to UW Oshkosh Today.