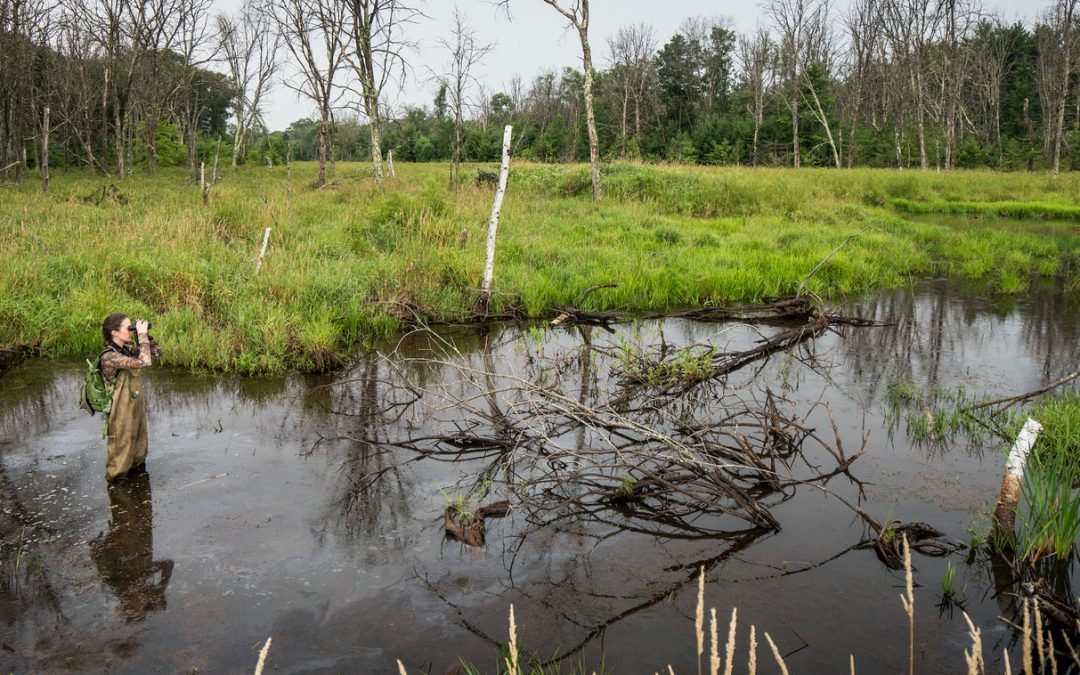 As members of an endangered species in North America, the population of whooping cranes has only been sustained by releasing additional adult cranes into the wild from captivity.

Kasey Stewart, a University of Wisconsin Oshkosh graduate student in biology from Eden, is examining why these birds are having trouble surviving in the wild.

“Whooping crane chicks normally die before they’re two months old. They have very high mortality, so we’re trying to figure out why that is,” Stewart said.

According to Stewart, whooping cranes are a signature species of wetland habitats, which are as important to humans as they are to the animals who inhabit them.

“Wetland habitats filter the water that humans use, and they provide a sink for a lot of carbon from the atmosphere because of all of the vegetation that grows here all year long,” she said.

Stewart performs her research by tracking birds through telemetry, which uses a radio transmitter placed on a bird to gather information about where the birds are and where they are moving.

“We can use it to figure out where exactly the birds are on the landscape, what sort of habitats the family group is using, and if the bird is moving or not,” she said.

When Stewart comes across a crane that has died, she uses her telemeter to find the bird’s remains and take them to the National Wildlife Health Center in Madison to find out if the bird suffered from any diseases or nutrition problems.

Stewart has loved the environmental studies field since her days as an undergraduate at UW Oshkosh. The positive experiences she had while receiving her bachelor’s degree convinced her to stay at the University for her master’s degree.

“I enjoyed the people, enjoyed the professors and kind of felt the family atmosphere. So I liked that a lot, and I stuck around,” Stewart said.