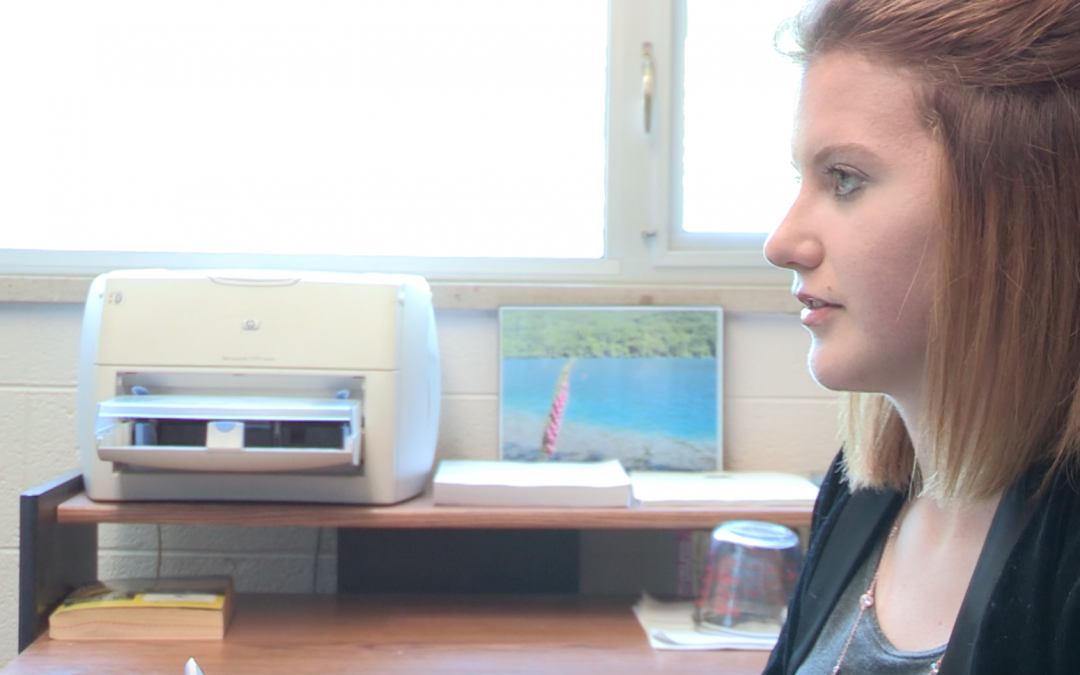 University of Wisconsin Oshkosh senior Emma Link, of Milwaukee, is using her double major in English and philosophy to compare and contrast the harms incurred by drug-facilitated and nondrug-facilitated sexual assault.

Her research involves reading and discussing the personal accounts of victims of sexual assault, an emotionally draining task uncharacteristic of what college students usually face in their classwork.

Larry Herzberg, a UWO philosophy professor and Link’s faculty mentor in her research project, said he was impressed with her bravery and commitment to the project.

“Emma is just an incredibly courageous person,” Herzberg said. “She’s willing to face very difficult subjects with great emotional equanimity, and that’s a key to be able to do good philosophy.”

However, the emotional difficulty Link faces in merely reading the accounts of victims reminds her of the importance of her work.

“I mean, it’s hard, but it really just makes me more passionate about finishing the paper and making it really good,” she said.

Despite how often it happens, drug-facilitated sexual assault is rarely reported. The prospect of bringing attention to the issue and increasing the amount of research on the subject gives Link an increased sense of determination.

“I really want to bring this issue to attention, not only for the victims but for everyone,” Link said, “so that they know how dangerous this is and how it can really affect someone for the rest of their life.”