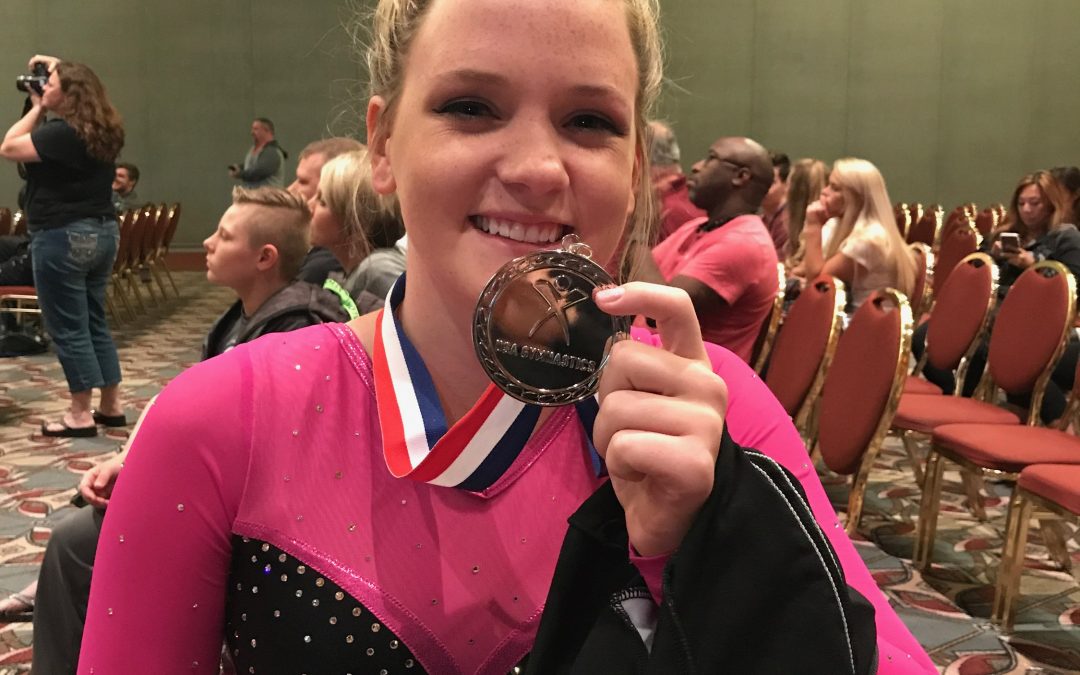 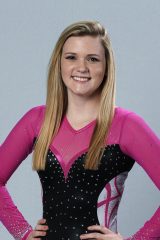 You might not know it walking by her on the University of Wisconsin Oshkosh campus, but Katie Sepe is a world-class athlete, trying to juggle school with the rigors of elite competition.

Just four days into her collegiate school year, the first-year student of Lombard, Illinois, was named to the U.S.A. Gymnastics team bound for world competition in trampoline the 17 to 21-year-old age group.

A reigning national champion trampoline gymnast, Sepe is aiming to put the United States on the map in competition Nov. 9-12 in Sofia, Bulgaria. She’ll compete as an individual and with another gymnast as part of a synchronized trampoline team.

“I’m very excited to represent my country,” Sepe said. “It’s exciting. This is the ultimate goal. To have this opportunity is really exciting.”

Sepe, 19, is majoring in radiology and lives in a dorm on the UW Oshkosh campus, but her weekly routine is far from typical.

Each Thursday afternoon, Sepe’s dad picks her up to begin the three-hour trip to her home gym, 5 Star Elite in West Dundee, Illinois, to begin three days of training. She gets a ride back to Oshkosh on Monday mornings to begin her next week of school.

Her college roommate and close friends know about her life outside UW Oshkosh, but many people are unaware.

Sepe has been a gymnast since the age of 5. She began focusing on trampoline at the age of 8. Watch Sepe in action:

She had a successful season that included top national finishes and culminated with USA Gymnastics selecting her to compete at the world competition in the women 17-21 age group.

“This opportunity came and I can’t pass it up,” she said. “My professors have been working with me on how I’m going to make up my work.”

Sepe will be in Bulgaria Nov. 13-20 and won’t return to school until after the Thanksgiving recess.

“This is an incredible honor,” said her mother, Karen Sepe. “She is a national champion and now will compete for the first time internationally in individual trampoline and synchronized trampoline.”

Sepe’s parents, her aunt and her coach—loyal supporters over the years—will be making the trip to Bulgaria. In an interesting twist, some of Sepe’s fiercest competitors throughout her gymnastics career, will now be her USA teammates.

Sepe said the mother of one of her friends is a radiologist and she had exposure to the radiology field while in doctor’s offices over the years with gymnastics injuries.

“I really wanted to do radiology and my mom and I did a lot of research. UW Oshkosh was not too far way, not too big and not too small. We visited a couple of schools and I really like it here,” she said about Oshkosh.

Paulette Konstantaras, head coach and co-owner of 5 Star Elite Tumbling and Trampoline, said Sepe and 5 Star Elite male gymnast, Dylan Bohn, who will compete in tumbling, will be headed to Bulgaria for the World Age Groups Championships.

“Both of our college kids are going and that is really great,” she said. 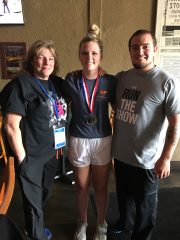 The large U.S. gymnastics team with members from across the nation will depart as a group from the East Coast.

The coach spoke to the dedication and determination shown by Sepe, who traveled more than an hour to train three to four times a week during high school and now travels three hours from Oshkosh to Illinois each weekend. There are a lot of miles traveled and a lot of homework is being done during the commute.

“She’s got determination to not fall short,” Konstantaras said about Sepe, noting she’s balanced school and trampoline without deferring her first semester of college.

And she has mental toughness to go with her high level of skill. 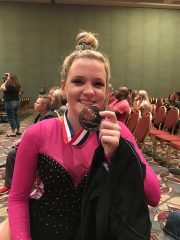 Katie knows how to ‘turn it on,’” she said. “A lot of kids can be really great in sports but fall short in competitions. With her, it’s almost like her adrenaline gets running during competitions.”

Sepe said she has to be physically and mentally fit—giving her the ability to do difficult tricks and handle the pressure.

“I set my goals and work very hard to achieve them,” she said.