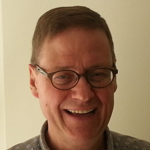 The University of Wisconsin Oshkosh’s American Democracy Project presents “Gerrymandering in Wisconsin: The Issues Before The Supreme Court” with Jay Heck, executive director of Common Cause in Wisconsin from 7 to 8 p.m. Tuesday, Nov. 28 in Reeve Union Theater.

The program is part of ADP’s Public Policy Lecture series.

In 2016 a Federal Court found that Wisconsin’s legislative districts were excessively
gerrymandered to favor the Republican Party. The U.S. Supreme Court agreed to hear the Republican appeal of that finding, and will soon issue a decision on whether or not there can be limits placed on partisan gerrymandering.

Their decision will impact every state in the nation. Heck, who has followed the case closely, will explain the key issues before the court.

In 1996, Heck became the executive director of Common Cause in Wisconsin, the state’s largest non-partisan citizens’ reform advocacy organization with more than 2,500 members. He has been an outspoken advocate for campaign finance, ethics and redistricting reform. Heck graduated with honors from Miami University in Oxford, Ohio, with degrees in political science and history.