University of Wisconsin Oshkosh senior quarterback Brett Kasper was selected as the 2017 recipient of the Gagliardi Trophy at a presentation held Wednesday, Dec. 13,  in Salem, Virginia.

Kasper, the first UW Oshkosh player to win the Gagliardi Trophy, rewrote the school record book on the way to leading the Titans deep into the Division III postseason for the third-consecutive year. UW-Oshkosh reached the semifinal round of the NCAA tournament this season, after advancing to the national championship game for the first time in 2016 and to the quarterfinal round in 2015.

A two-time WIAC Offensive Player of the Year, Kasper finished his senior season with a school-record 34 touchdown passes while becoming the third Titan to pass for more than 3,000 yards in one year as he completed 186 of 285 passes for 3,025 yards.

Kasper tied the program record with six touchdown passes during a 42-21 victory over North Central College in the second round of the Division III playoffs on Nov. 25. The Two Rivers High School graduate also threw for four scores in victories over UW-Stevens Point on Oct. 7 and UW-La Crosse on Oct. 21.

Kasper passed for a season-high 339 yards and three touchdowns in a win over UW-Whitewater on Sept. 30. He threw for at least 200 yards nine times on the year and tossed multiple touchdown passes on 10 occasions.

Kasper concluded his senior season ranked second in the country with a 189.6 passing efficiency rating while listing third nationally with 10.61 yards per pass attempt, fifth with 16.26 yards per completion and seventh in touchdown passes.

The UW Oshkosh all-time leader in passing yards and touchdown passes, Kasper capped his career with a 40-6 record as a starter. He helped lead the Titans to a 26-2 WIAC record during his four seasons, which included 7-0 league marks in 2015 and 2017.

In January 2017, Kasper became the first Division III captain of the Allstate AFCA Good Works Team for his volunteering efforts with Be the Match. Kasper’s bone marrow matched a girl in need of a transplant, and he underwent the life-saving procedure in spring 2016.

Kasper, who owns a 3.375-cumulative-grade-point average as a supply chain management major, volunteers regularly with organizations, including Feeding America and Special Olympics.

Kasper is the second WIAC player to receive the Gagliardi Trophy, joining UW-Whitewater running back Justin Beaver, who won the honor in 2007. 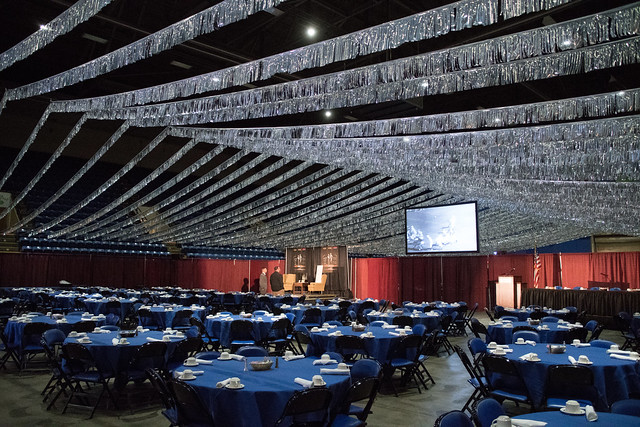 Nominations for the Gagliardi Trophy were submitted by colleges across the country, and 10 semifinalists were selected on Nov. 20 by the Saint John’s University (Minn.) J-Club Board of Directors before the four finalists were announced on Dec. 5.

The Gagliardi Trophy is named after Saint John’s University legendary Hall of Fame head football coach John Gagliardi, who retired in 2012 with 489 career victories, the most in college football history.