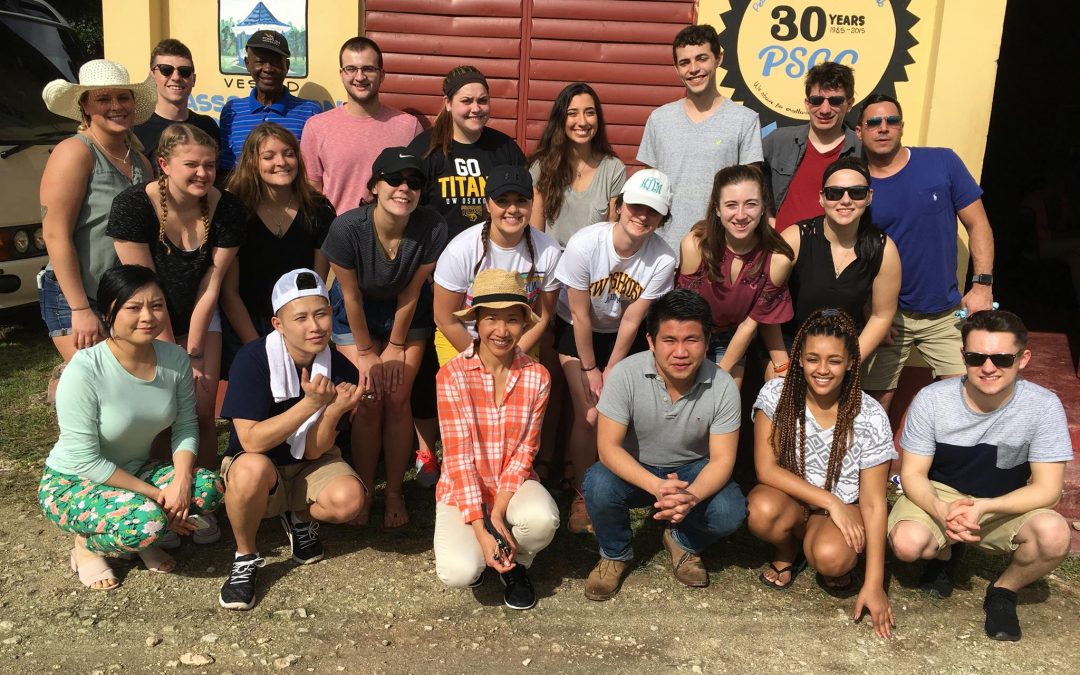 A University of Wisconsin Oshkosh student trip to Jamaica over interim did not focus on beaches and fun in the sun.

Professor Sarinda Taengnoi Siemers said service learning—in this case refurbishing parks and areas of schools— would help her students understand firsthand the economies of less developed countries. She proposed a course, The Economics of the Caribbean through Service Learning, that would allow students to be more aware of global issues and build self-esteem and self-worth from humanitarian activity.

Twenty UW Oshkosh students from the College of Business and College of Letters and Science stayed with local families to experience real life and engage in conversations with community leaders and business people—much more than a simple tour of the countryside.

“I could not have asked for a better group of students than these 20 students,” Taengnoi Siemers said. “ 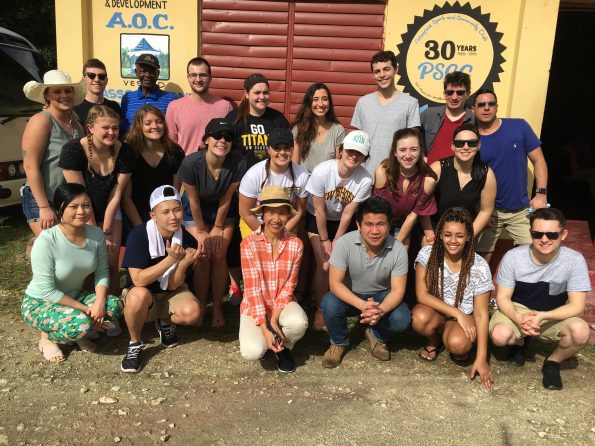 They truly immersed themselves in the Jamaican culture. They developed long-lasting friendships with their host families and friends there. I was also impressed with how well they adjusted to the real life of people there.

“Even though we spent just a few days on those service projects, I strongly believe that the experience has had a great impact on the students,” she said. “Likewise, what the group did was greatly appreciated by the community.”

UW Oshkosh senior Montana Bischof, of Pound, who is double-majoring in supply chain management and human resources management, said the trip was a “real eye-opener” in many ways.

Nearly 50 percent of Jamaicans are considered poor, she said, and the gross domestic product growth is a minuscule 1 percent per year.

Jamaica has extremely high debt, largely due to trade deficits caused by importing almost four times as much as they export. 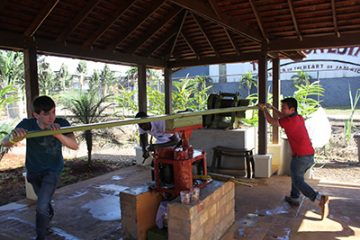 The unemployment rate, Bischof said, is 16.3 percent and many Jamaicans struggle to find a job. Working conditions are not regulated as they are in the U.S.

“I really appreciate the standards of living, as well as the conditions in America,” Bischof said. “The working conditions for employees in the states is more closely watched, and for the sole reason of safety, I’m glad we have OSHA (Occupational Safety and Health Administration). Working conditions would be extremely dangerous without these regulations.”

Bischof has an international management emphasis with her majors at UW Oshkosh and said she would like to travel more after graduation and become more culturally diverse.

“I’d like to eventually find a full time job within the international business field,” she said, adding that she also plans to pursue a master’s degree in business administration.

Students spent a few days visiting sugar cane and rum factories and convenience stores and talking with business leaders. They learned that many people leave their homes to go to a larger, more tourist-focused part of Jamaica as a means to make money. 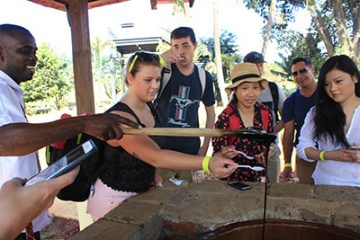 Students saw that fields are filled with sugar cane, almost every tree has fruit and there is always a chicken or goat within view. They were told that the crops and animals provide a way to earn money in times of trouble.

One student pointed out that despite setbacks or inconveniences of life, Jamaicans were the “happiest and most beautiful souls she has ever met.”

She said the impact of the country and its “grateful, giving, kind and passionate people” will be carried with her the rest of her life. 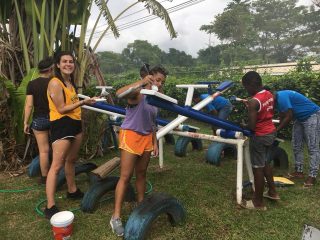 “Students were willing to use their own money to buy tools we needed to complete the projects,” Taengnoi Siemers said, noting she did not hear a complaint when they operated without running water for two days and could not access WiFi. Students adapted to Jamaican time and learned organizations work slower than in the U.S., are not as organized and have insufficient resources.

A massive effort to clean up a community soccer field was initiated by the students, who noticed the area heavily littered with garbage.

“Littering and waste management isn’t an issue in Jamaican eyes but if Americans were to see how littered parks were and how burning garbage is a form of waste management, they’d all be disgusted,” said student Hailey Lawrence, a junior international studies and journalism major from Racine, in her reflective essay about the trip. “But the fact of the matter is that developing countries have bigger things to worry about. Developing countries—specifically in Jamaica’s case—have to think about how to get out of their debt, how to lower unemployment and how to make their country better. Waste management isn’t on that agenda.”

The students introduced a new concept to Jamaicans about keeping their parks clean. And, after a weekend sports event, the park was clear and the new cans had trash inside. 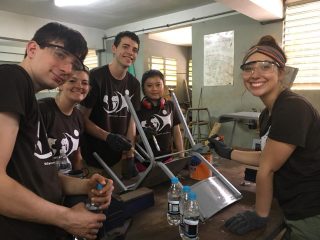 “This trip involved learning and hard work,” Paulson said. “It involved making yourself uncomfortable and being in situations you may not like or be used to.”

Paulson said “lifelong friends” were made—not only between students but with members of the Petersfield/Galloway community in Jamaica. The trip, Paulson said, offered a chance to see what another country and culture has to offer outside of its resorts.

Sophomore business major Eskedar Robinson, of Larsen, said she learned a lot about Jamaican culture and its people.

“I learned that unlike here, Jamaican people like having their biggest meals during breakfast and dinner,” she said. “Every day when we got up, our host mom would always have five or four different breakfast items for us to try. That was kind of a challenge for my roommates and I because we were not used to eating that much, especially at breakfast. At the end of the week though, we actually grew to really like having a big breakfast because of how it prepared us for our long day ahead.”

Robinson said Jamaican food preparation included a sense of community—from cooking the meal, to eating together, to cleaning up. The meals included great conversations and enjoyment of each other’s company. 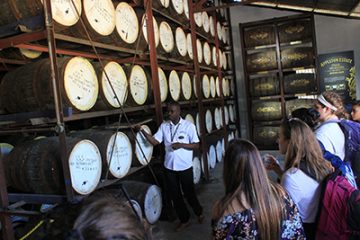 Taengnoi Siemer’s students soon learned the luxuries of home could not be taken for granted.

“Unfortunately, our house was one that always had cold water and also didn’t have running water for about half the trip,” Robinson said. “I did not like showering in cold water so that was something I had to get adjusted to and I quickly learned that I did not have very many options.  It was a challenge trying to shower with a bucket of water and not being able to use the toilet. The experience not only opened my eyes on how some people still have to live, but it also showed me how fortunate I am to even have the luxury of running water.”

Taengnoi Siemers said teaching the economics of less developed countries is one of her favorite courses to instruct —but also the most challenging to teach students.

“Many have not been outside the country,” she said, “not to mention to a developing country.”