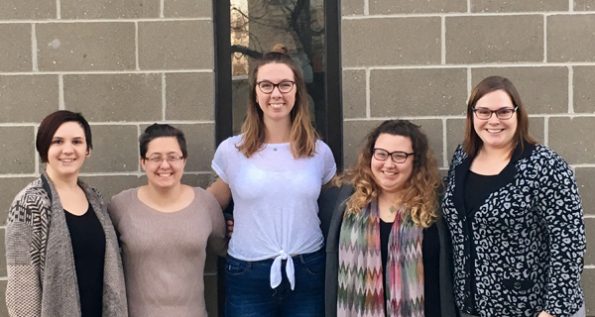 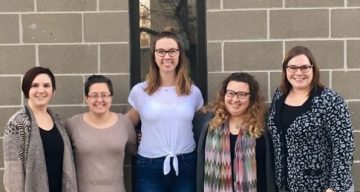 The CAP grant, totaling $4,000, will help the Women’s Center launch the Titan LeadHERship program, which focuses on the imbalance of leadership in pink collar industries where the workforce is predominantly women, but leadership positions are held largely by men. Two of UWO’s most reputable programs—nursing and education—are examples of such professions.

The grant provides an opportunity for the Women’s Center to increase leadership aspirations among woman-identified students on campus.

The Women’s Center AAUW grant application was rooted in the idea that while women continue to hit the glass ceiling regardless of industry; men in woman-dominated industries, known as “pink collar,” are often able to take a “glass escalator” to leadership and administrative positions.

Titan LeadHERship will involve two major events. The Inspiration To Action workshop is a daylong event intended to encourage and educate female students in pink collar majors at UWO, including—but not limited to—education, human services, nursing and social work. The workshop will take place from 8:30 a.m. to 4:30 p.m. on Saturday, March 10 at Reeve Memorial Union with additional support from Reeve Union and AAUW-Oshkosh.

“Students attending Titan LeadHERship: Inspiration To Action will be given the opportunity to not only re-spark their passions for their prospective careers, but also be surrounded by numerous amazing and successful professional women who have become leaders in their fields,” Foley said. “The workshop will include networking sessions, empowering speeches and discussions about how to be an intersectional ally in the workplace.”

The second component of Titan LeadHERship is a photography exhibition on display during the month of March in the second-floor gallery of Reeve Memorial Union. The exhibit depicts images of women leaders on campus and their inspirational narratives. It is intended to promote women’s leadership and empowerment on campus throughout Women’s HERstory Month.

The funds awarded to the Women’s Center by AAUW are a one-time contribution to help lay a foundation for female leadership programs on campus. UW Oshkosh was one of 11 universities to receive this nationwide grant and the only university within the state of Wisconsin.

The UW Oshkosh Women’s Center, with support from the Division of Academic Support of Inclusive Excellence, Reeve Union and AAUW-Oshkosh, is committed to making Titan LeadHERship an annual initiative.