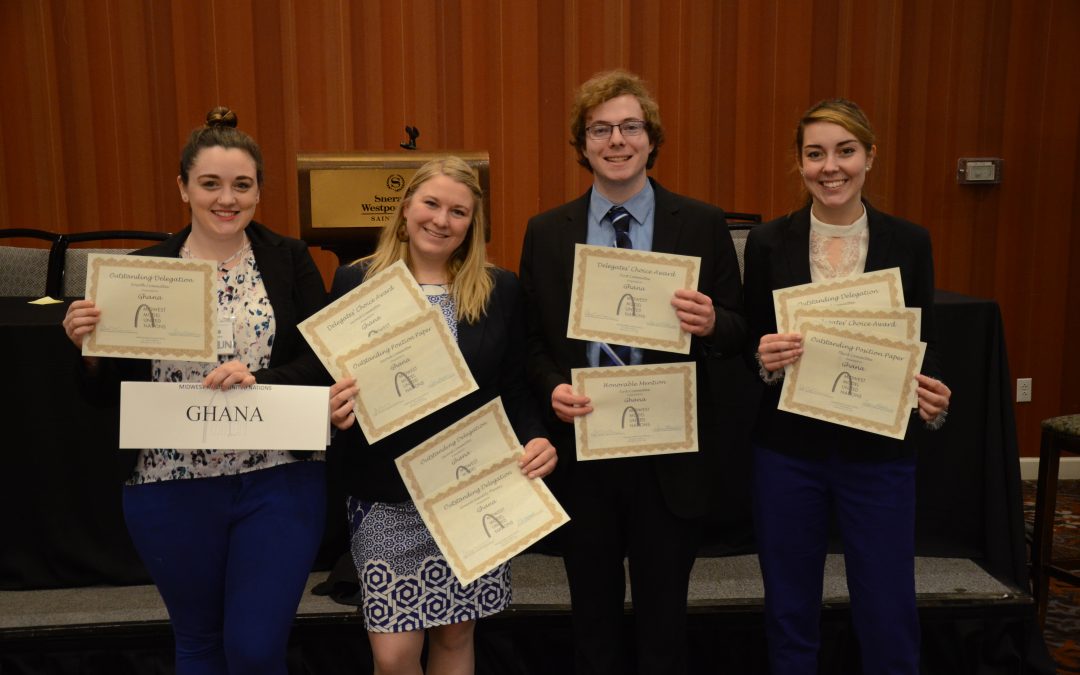 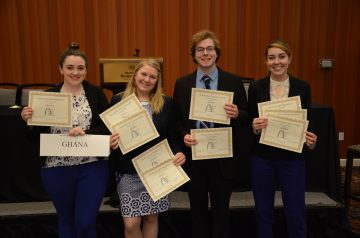 In addition, UW Oshkosh delegates swept the Delegates’ Choice Awards, determined by the vote of the participating delegates, winning the only award in each of the four committees.

“As demonstrated in the Committee and Position Paper Awards, UW Oshkosh students once again excelled in accurately representing the interests and viewpoints of nations from all major regions of the world,” said Kenneth J. Grieb, coordinator of international studies and faculty adviser to the Model United Nations Organization.

Delegates were judged on their knowledge of the issues, the accuracy of their representation of their nation’s foreign policy, their diplomatic and negotiating skills enabling them to build consensus support, and their writing and speaking skills.

The award-winning delegation of Republic of Ghana, which received an Outstanding Delegation Award in the General Assembly, as well as 2 position paper awards, consisted of: Orrick, head delegate, Rowley, Liechty, and Vetter.