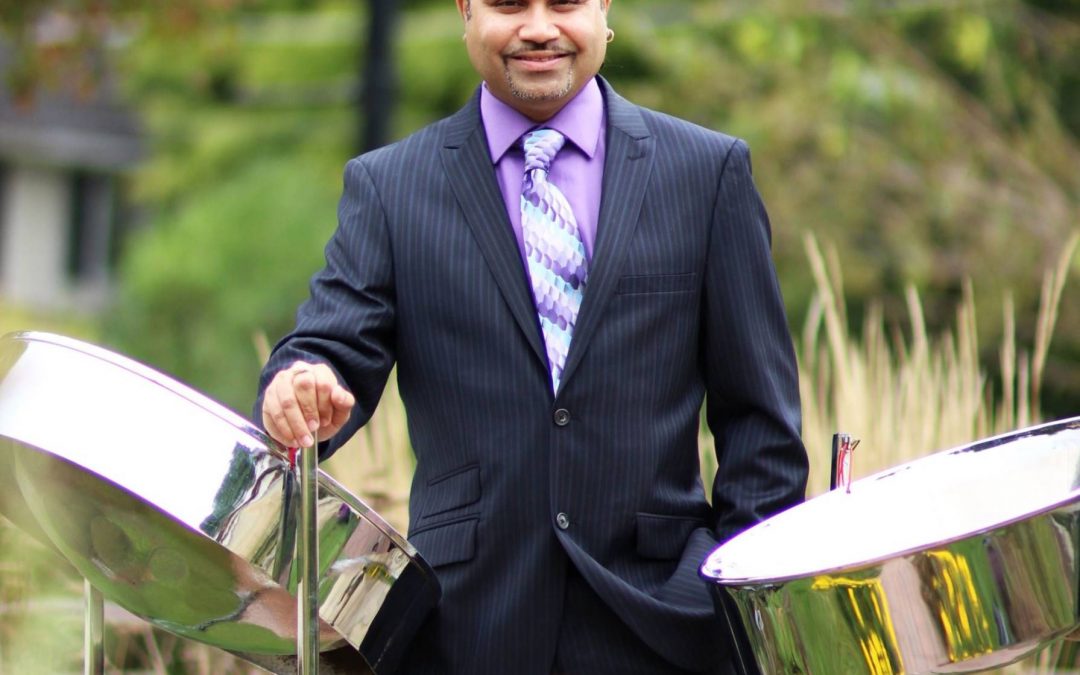 Titan Steel will perform in concert with Liam Teague, a pioneer of steelpan and steel band music.

The event takes place at 7:30 p.m. Thursday in the Music Hall inside the Arts and Communications Building. Admission is free. 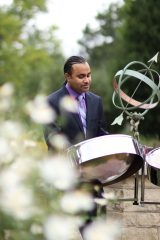 “Liam Teague is one of the finest steelpan players in the world,” said Elizabeth DeLamater, who directs Titan Steel at UW Oshkosh. “He is an extraordinary artist—a true virtuoso.”

Teague, a native of the Republic of Trinidad and Tobago, directs the steelpan and steel band program at Northern Illinois University, where the first collegiate steelpan program in the country was established.

“He has proven that the steelpan is a wonderful, legitimate instrument for all genres of music,” DeLamater said. “He will prove that at our concert, where he will perform calypso, jazz, funk, classical, contemporary and even ragtime music. The concert will blow the audience away.”

DeLamater, who was an undergraduate classmate and friend of Teague’s at Northern Illinois University, said students from all over the world travel to NIU to study with him. She said it has been her dream to bring Teague to UW Oshkosh to work with her students.

Titan Steel is an ensemble of steelpans, drumset, hand percussion and electric bass. The ensemble performs music from all over the world, with an emphasis on music from Republic of Trinidad and Tobago, where steelpans were invented and developed. The UW Oshkosh steel band, founded by Jeaninne Remy, was the first collegiate steel band in the state of Wisconsin. There are only a handful of college steel bands in the state.