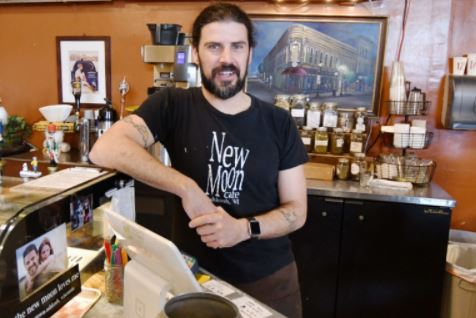 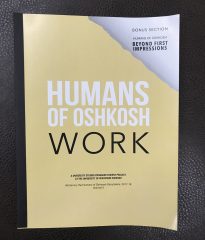 The Humans of Oshkosh storytelling series will host a celebration of community and stories through an exhibit, book and presentation that highlight the people who live, work and thrive in Oshkosh.

The University of Wisconsin Oshkosh event will take place on Tuesday, April 17 at 5:30 p.m. at the Gail F. Steinhilber Gallery on the third floor of Reeve Memorial Union and is open to the public. An exhibit that showcases the photography and stories of Oshkosh’s residents will serve as the highlight of the evening.

A photo booth will be available for attendees as part of the project’s #StrangersInABooth series that highlights human behavior when meeting new people. A presentation about the project as well as light refreshments also will be included in the event. 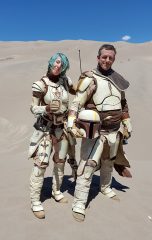 Josh and Becky (Stieg) ’04 Knuth, founders of the Wisconsin chapter of the Mandalorian Mercs Costume Club, will be in costume at the event. A video profiling the couple will be shown as part of the presentation portion.

Similar to past projects, the Working Series will come with a Humans of Oshkosh book that is about 120 pages and includes the photos and stories of those who work and live in the Oshkosh community. Limited copies of the book can be purchased at the event for $20.

This year’s book also will contain a bonus section from the Humans of Oshkosh Beyond First Impressions Storytelling Project from the previous year, according to Lim. 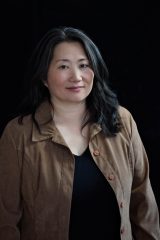 “The BFI Storytelling Project was the spring 2017 class’s final project,” Lim said. “It is the “bonus book” in the recent book. This Humans of Oshkosh project is about what happens after that initial encounter of strangers.”

Lim began the Humans of Oshkosh project for her Quest III class in fall 2014. Since then, her classes have produced five books and told dozens of unique stories.

“For the students and everyone, really, I hope that they come to appreciate the power of storytelling,” Lim said. “I hope highlighting some of the stories of the people of Oshkosh will allow us to see the world from multiple perspectives.”

Lim was originally inspired to begin this storytelling series because of the internationally renowned Humans of New York and the compelling stories founder Brandon Stanton told. Lim follows a similar model, encouraging students to talk to people they don’t normally interact with.

“I want them to appreciate the different people we have in Oshkosh,” Lim said. “I want them to talk to people they may not otherwise talk to if not for this assignment.”

For Lim, Humans of Oshkosh is an important way to celebrate people and their stories.