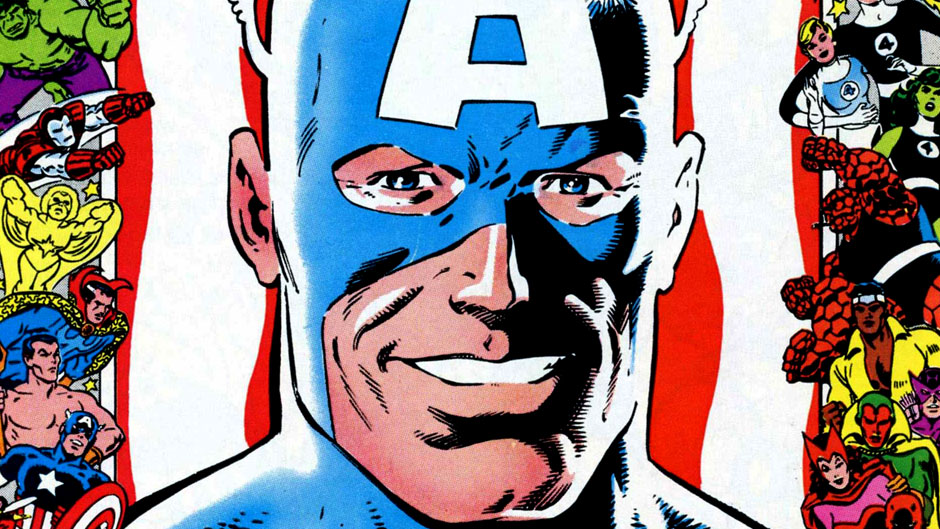 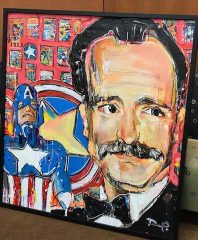 An art piece created in tribute to the late alumnus and Marvel Comics icon Mark Gruenwald ’75, is on display in the University of Wisconsin Oshkosh art department office.

Schuller-Gruenwald also donated prints of the Banegas piece to share with the 29 recipients of the Gruenwald scholarship over the past 22 years. 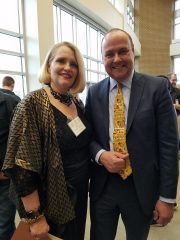 She said she is committed to honoring Gruenwald’s artistic legacy at UW Oshkosh and beyond.

“Mark threw himself into his own work, and he always encouraged people to push the envelope and to be creative in everything they do,” she said.

Gruenwald is remembered as one of the major creative forces for Marvel Comics in New York–beginning as an assistant editor and advancing to chief executive editor and editor-in-chief of the Fantastic Four and Avenger titles.

In 1996, Gruenwald died unexpectedly of a heart attack. Following Gruenwald’s death, a UW Oshkosh scholarship was developed by family and friends to help support students in the visual arts, creative writing, theater, media, dance, and other creative and artistic paths of study.

In June 2016, a 20-year tribute event was held in honor of Gruenwald in New York City at the Space Ibiza New York to help raise funds for the UW Oshkosh scholarship. Initial contributions to the endowment included $10,000 from the Comics Magazine Association of America.

Besides the art department office, the Banegas tribute piece will be displayed at a number of campus locations during 2018.